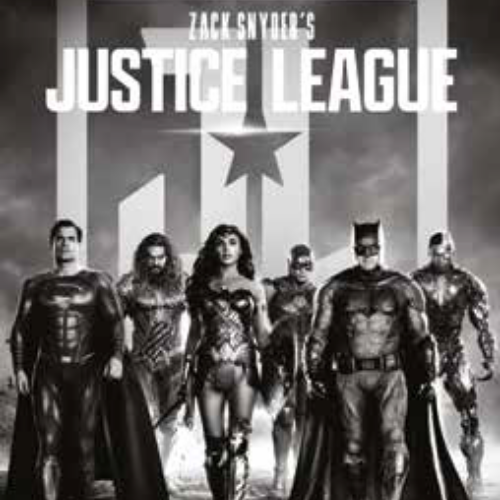 Zack Snyder’s Justice League is the

superhero film of the same name (both

Snyder’s Justice League, dubbed as “the

Snydercut” by fans, proves itself to be a

masterpiece. It is without a doubt the best

the creative freedom he was given to

create such a surreal film that perfectly

connects itself with the DCEU’s continuity.

I guess you could call the Snydercut a

different film from its predecessor. After

several conflicts over the film’s creative

direction and the tragic passing of Snyder’s

to complete post-production. This resulted

in several scenes being added, removed,

and re-shot, which changed the film

The character development in the film was

perfectly crafted. Each hero was seen to be

suffering their own personal matters, and

we could see them slowly evolving as the

by Ray Fisher, and the Flash, played by Ezra

Miller. Both heroes proved themselves

to be the real emotional aspects of the

film, unlike in the theatrical version where

both characters were lost potentials. Not

to forget, the acting was incredible. Each

Gadot’s Wonder Woman, knew how to

and represented what each character

embodied: hope, fear, and justice. Unlike

action sequences, no corny jokes, no

and no CGI moustaches! Just brilliantly

sfx. In addition, the villains, Steppenwolf

and Darkseid, really proved themselves

to be serious threats. Because of Snyder’s

incredible storytelling, he was able to

develop Steppenwolf as a character and

made me sympathise with him. Which

is odd because many superhero films

But is it perfect? Almost. There were a

few problems, such as scenes being

dragged out for too long. Perhaps if some

of the scenes were cut slightly, then the

film would not be such a drag and only

the main plot points would remain

present. An example would be a scene

between Lois Lane, Superman’s lover, and

his mother, Martha Kent. The scene was

perfect until something, which will not be

of the impact it had on Lane’s character

was overused. It would have been fine

using it to introduce her and for her

final scene in the epic battle against

Steppenwolf, but definitely not every

time we see her!

was the only DC Extended Universe film

to not have any major problems, which

is great seeing how the comic book film

franchise has had its ups and downs

when it comes down to critical reception.

The film also proves that Snyder is an

incredible filmmaker and deserves the

full credit for his work of art. Unlike his

cut was the type of superhero film which

made fans want to read an actual comic

book. Something that a lot of mainstream

In conclusion, the film deserves 5 stars!

Despite the film’s worldwide success,

the Snydercut is not getting a sequel…

yet! Which is why DC fans across the

world have reunited once again. After

campaigning for the release of the

Snydercut, they are now fighting for the

“Snyderverse” to be restored.