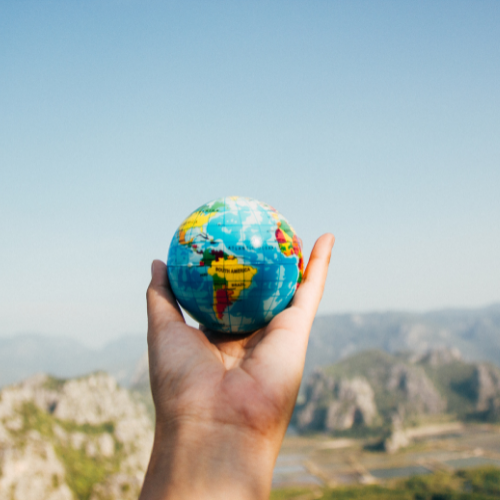 The world is a very busy place, and it’s hard to stay on top of everything. So here are a few events which took place last month…

On Monday, 11th April, Brazil’s Amazon Rainforest had reached the highest deforestation levels ever recorded. The National Institute for Space Research released findings that 363 square miles of trees and vegetation had been removed from the basin within the first three months of this year alone, which is the highest level of deforestation since the corporation’s first study conducted in 2016.

As the largest remaining rainforest on the globe, the Amazon is responsible not only for air quality, water resources and battling against global warming but also provides a safe ecosystem and habitat for animals, insects and plants alike.

On Monday, 18th April, the Chinese city of over 25 million people, announced its first deaths as a result of a rapid surge of a Covid-19 outbreak. The city stated that three people who were old and infected with Covid had died the previous day. The three reportedly had the infection with underlying conditions and they deteriorated into severe cases after going into hospital and died after all efforts to revive them proved ineffective. These are the first deaths to happen in the city where the Covid outbreak led to the implementation of severe lockdown measures which have dragged on for weeks now, resulting in widespread anger and rare protests across the city.

On Monday, 11th April, Texas continued to experience incredibly bad weather and the severe storms continued from that week. According to witnesses and residents alike, the tornadoes wreaked a large amount of damage, destroying houses, uprooting trees, and eliminating power supplies throughout the area, injuring 23 people. The state of Iowa, 900 miles away, had also issued tornado warnings.

The Philippines Continue To Be Bombarded By Tropical Storm Megi

On Monday, 11th April, the Philippines were battered by the first tropical storm of the season named Megi. Though tropical storms are a common occurrence in that hemisphere, they are typically expected during the Philippines wet or typhoon season, which lasts between July and November. As this is currently the dry season for this country, experiencing a storm of this magnitude is out of the ordinary. Tropical Storm Megi is likely a result of the consistent climate change the globe continues to experience, and has so far caused dangerous flooding, high winds, and even catastrophic landslides in rural or mountainous areas. The storm has also claimed the lives of at least 25 individuals.

On Monday, 25th April, in New Mexico, wildfires continued to burn across the Southwest with two blazes emerging to form a perimeter of more than 180 miles. The fires combined and burnt a collective 56,478 acres. 12% of the flames were contained on Monday. The fire was one among several burning in the West, with flames also tearing through Arizona and Nebraska, where one person has died. Much of the area is suffering from severe drought.

On Wednesday, 20th April, Ramaphosa said over 40,000 people had been displaced from their homes with nearly 4000 homes destroyed completely, and about 8,300 sustaining some degree of damage. The heavy rain flood and mudslides are the latest disaster in a string of powerful storms across both the southern and eastern parts of Africa, razing communities already struggling with poverty and claiming the lives of hundreds. For many, it had underscored the increasing toll of climate change, especially for the most socioeconomically vulnerable, and amplified the need for more aggressive government response in South Africa and elsewhere to stem the rising number of weather-related fatalities.