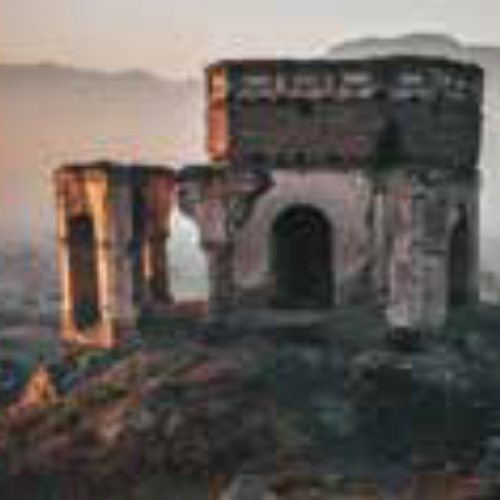 The world is a very busy place, and it’s hard to stay on top of everything. So here are a few events which took place over the last month…

On Monday, October 4th, violence erupted in India after a car ran over two farmers who were protesting. After the two farmers were struck, violence broke out. This resulted in the death of at least 8 people. The farmers have been protesting since the end of September.

On Thursday, October 7th, at least 33 people were injured after a train collision occurred in Tunisia. An investigation was ordered to discover the cause of the crash.

On Wednesday, October 13th, at least 5 people died after a bow and arrow attack in Norway. The suspect is in custody and has been charged. Police are still seeking a motive. It is unclear whether this is a terrorist attack or a mental health issue.

On Thursday, October 14th, Beirut saw some of the worst violence in its recent years. Dozens of protesters were marching towards the Justice Palace when gunmen began firing at them from rooftops. At least 5 people died and another 30 were injured as a result of the shooting. The attack lasted for hours as citizens sought shelter.

On Friday, October 15th, Sir David Amess of the UK was fatally stabbed while meeting with the constituents. Amess was a member of Prime Minister Boris Johnson’s Conservative Party. The attack shook the nation and prompted more conversation regarding security.

The mosque was filled with people attending a funeral.

On Friday, October 8th, there was a deadly suicide blast at the Shia Mosque in north Afghanistan. There were at least 46 people dead and another 143 were injured.

On Saturday, October 9th, the US and Afghanistan held their first face-to-face talk since the withdrawal. The two groups agreed to uphold the terms outlined in the Doha agreement in 2020. The US also agreed to help deliver Covid vaccines and humanitarian aid.

On Monday, October 18th, it was reported that the previous Saturday, 17 missionaries from the US and Canada were kidnapped in Haiti. Among those kidnapped were five men, seven women and five children.

Heavy rainfall of over 400mm between 1st and 18th October has triggered floods and landslides in the state of Kerala. This affected 14 districts and resulted in 36 deaths. Nearly 5,000 people have been affected and are accommodated in over 100 relief camps.

Heavy rain has also been affecting the Himalayan State of Uttarakhand (Northern India) triggering several landslides and causing flash floods that have resulted in casualties and severe damage.

COP26 is the 2021 United Nations climate change conference. With the UK as President, COP26 takes place in Glasgow. For nearly three decades UN have been bringing together almost every country on Earth for global climate summits- called COPs. This stands for “Conference of the Parties”. In that time climate change has gone from being a fringe issue to a global priority.

The COP26 was held from Sunday 31st October 2021 to Friday 12th November 2021. The eyes of the world were on Glasgow, Scotland, as the United Nations climate summit took place.

There’s not been much of it about recently, has there? Well, here are a few changes and updates.

Vaccines are currently given in 2 doses, at least 21 days apart.

Between 25th October and 31st October, there have been 1,099 deaths within 28 days of a positive coronavirus test. This shows an increase of 15.8% compared to the previous 7 days.

The UK got its first low-cost rail service promising a greener, cheaper, more comfortable alternative to flying on the UK’s busiest domestic route. Tickets on the all- electric trains cost from £14.90, with free Wi-Fi included.