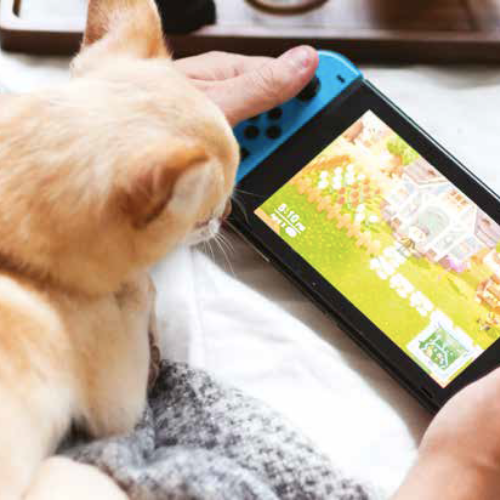 As a fan of Animal Crossing, I was looking forward to playing the new major update that was released EARLY on 4th November as opposed to releasing on 5th November. I thought I would share some of my thoughts and experiences whilst playing the new update.

The cooking and farming aspect of the new update is really cool. Instead of only planting flowers and pumpkins, you can now grow your own carrots, tomatoes, wheat, sugarcane and potatoes to help craft recipes that you find either in Nooks Cranny, bottles from the beach and on mystery islands and from villagers themselves. It evens allows you to use the fruit from your fruit trees and create and cook recipes from fish that you catch; finally giving the dreaded Sea Bass a reason to be caught!

So far, I’ve managed to grow everything apart from potatoes and have managed to obtain around 30ish recipes. Some of my recipes are sitting on my kitchen table which include organic bread and a cherry smoothie. I’m looking forward to seeing what new recipes I will be cooking up in the future!

Back when Animal Crossing was on the DS, I remember visiting Brewster in the museum for this Coffee and I’m so glad I get to do it again with New Horizons thanks to this update. I like that Brewster is upstairs in the museum this time round and I love the little sign next to the café. I also like that you get to see people like Isabelle actually get out of the office, even if it is just a little cutscene moment.

I like that if you buy one coffee every day, you will get rewards from Brewster. My first reward was a Brewster shaped cookie recipe that you can cook, and this came after buying a cup of coffee 5 days in a row. Be warned, it is limited to one cup of coffee per day and not multiple cups of coffee per day. If you have amiibo cards, then you can invite them to the café to have coffee with you there.

I think Kapp’n Island tours has to be my favourite part of the update so far. I love that Kapp’n can take us to islands that we cannot experience with Dodo airlines. These islands can have new bushes, new DIY recipes and Gyroid fragments to find. These islands can even be a different time of day or season!

One island I visited had vines growing off the cliffs that you can climb up and down from, saving you from having to get your ladder out every time you wanted to climb a cliff. You could take these vines off the cliffs on the mystery island and take them to your own island and place them on your own cliffs. Another island had these cliffs along with glowing moss that you could take home to your island and craft DIYs out of them (if you had the recipes of course). My favourite island I went to was the shooting star island. I went during the day and whilst listening to the song Kapp’n sings, I saw the sky change from day to night which I thought was really cool. As soon as I was on the island, I heard the sound of the shooting stars and spent most of my time looking up at the sky and waiting for them so I could wish on them for their star fragments. What made shooting star island that little bit extra special was that the rocks, which you normally get stone, clay and iron nuggets or gold, had star fragments in them instead! Some of these fragments were normal ones but most of them were star sign fragments. I collected Libra, Pisces, Sagittarius, and Leo star fragments so I can now craft more star sign DIYs now as I have the fragments that I didn’t have before.

The final feature of this update which I will talk about is the upgrade to Harv’s Island. Rather than being just a place for photography, Harv’s island has now expanded to create a mini marketplace for our visiting shops. Harv’s island allows us to have Redd, Leif, Saharah and other mobile shops to have a permanent residence on Harv’s island so you can never miss out on a piece of art, rug or flower again! They also have new shops we can use as well. We can also obtain a fortune teller, people who refresh furniture and one that allows you to access home storage while out and about on your island! I’ve got Redd, Leif and Rhys and Cyrus on Harv’s island so far and am looking to get Saharah next.

Overall, I am really enjoying this new update to Animal Crossing and love the new features that have been added. It has made Animal Crossing even more enjoyable to play and I look forward to spending a further 500 hours playing this game.