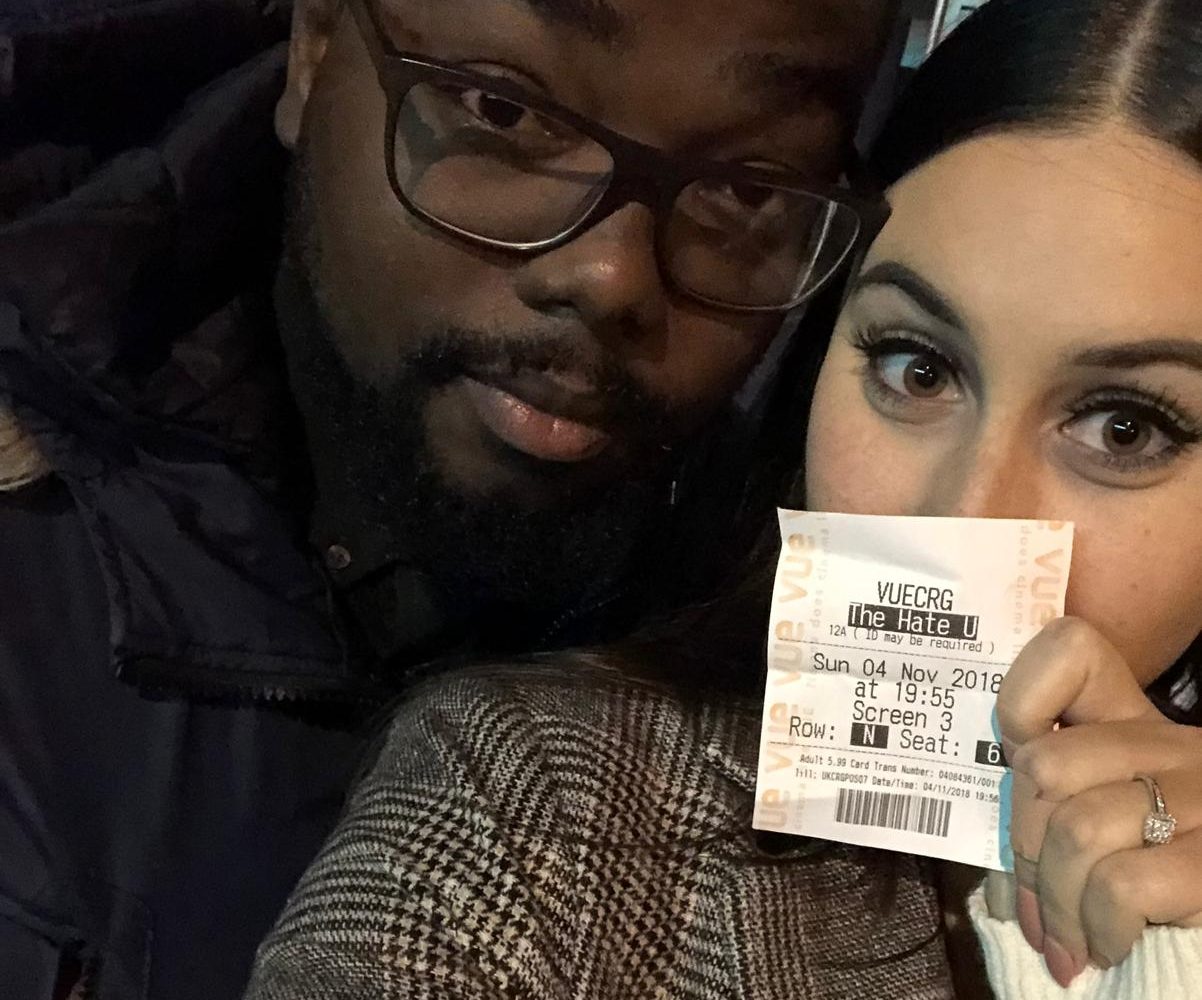 I’ve found it difficult to put into words my thoughts on this film. But if you get the chance, go see it. I promise, you won’t regret it.

This hard hitting film speaks on the injustice many black families witness in their communities through the wrongful killing of young lives when they are innocently killed by police.

However. I can’t write this pretending that I can relate. I can’t pretend that I’m not covered in white privilege. I will never be a victim of any of this. But I cried. I cried for my friends, I cried for my fiancé and his family and I cried for my son, merely 3 months old and not old enough to understand that one day he will he viewed and probably treated differently to me.

Reader note- this next bit contains a lot of spoilers.

The film itself stars a young girl of 16 named Starr who is left witness to the murder of her childhood crush when he is believed to be reaching for a weapon after being pulled over at the side of the road.

From then on, the community seeks justice, marching for his case to be tried in court and for the police officer to be convicted for his actions.

The name of Karlie Harris rings out amongst those affected by his tragedy and Starr battles with the thought of having to speak out in Karlie’s name. When Starr agrees to take part in a TV interview, with her identity hidden, the truth about Karlie’s past and the town’s drug gang is revealed, provoking the gang to hunt down Starr.

As the community learn that the case will not be taken to trial, the protests continue.

Starr, who is raised in one area and sent to school in another is forced to decide who she wants to be of the two personas she lives. Does she hide away, or fight for a voice?

When her high school friend shares some conflicting views, the decision is made easy.

This powerful film explores what is real life for so many and is an eye opener to the racism that sadly is still prevalent in today’s world.