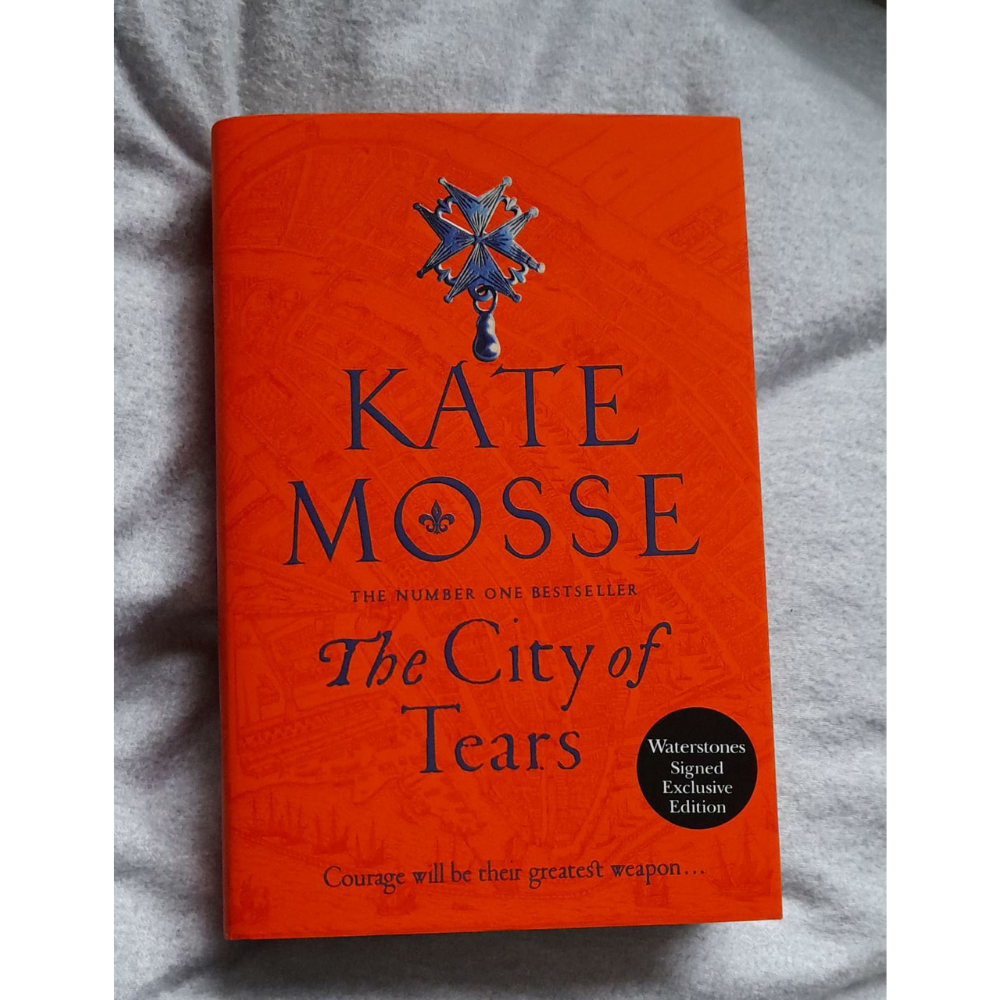 Having really enjoyed The Burning Chambers back in 2019, I was pleasantly surprised and thrilled when I was allowed to read an advanced electronic copy of the e-arc of The City of Tears. I was, however, unprepared for the journey the sequel would take me on. It had moments that were tense, gripping, and had me on the edge of my seat; heart hammering and very nearly in my mouth, and my hands almost shaking with nerves and anticipation.

It ripped my heart open and then healed it, ripped it open and healed it again over and over (why Kate Mosse, why?! crying emoji). It had me nearly bawling my eyes out on more than one occasion, alongside that feeling of having my heart ripped open. I think the last books that made me feel so much were The Challenger (Contender #2) by Taran Matharu, and Stormtide (Ashen Torment #2) by Den Patrick.

This sequel really made me feel things, and was a step up from the first novel; more action-packed, it was fast-paced, and the writing was gripping and really pulled me in. I enjoyed seeing the character development and seeing them grow together, and when I’d finished the novel all I could think was, ‘I need the next one! I need it now!’

The only critiques I really have are, first, that the secondary storyline and characters that we are introduced to in the chapters early on in the novel don’t seem to be mentioned at all during the rest of it. The story follows Minou and her family’s story, yes – but the fact that these secondary characters are mentioned early on, it stands to reason that they also play a part in Minou’s story somehow. I would have liked to see them appear more often – though if there is another sequel, which I hope there might judging by this one’s ending, this will probably happen there. Additionally, although I enjoyed the different perspectives and seeing various parts of France and Amsterdam, I found it difficult at times to follow the story because the plot jumped around a bit between characters and storylines.

Overall, I thoroughly enjoyed the novel and the twists and turns it took me on in its tale. If you enjoyed The Burning Chambers, I recommend you pick up the sequel; it’s amazing, and I seriously look forward to the next one – I hope it’s a trilogy, at least!