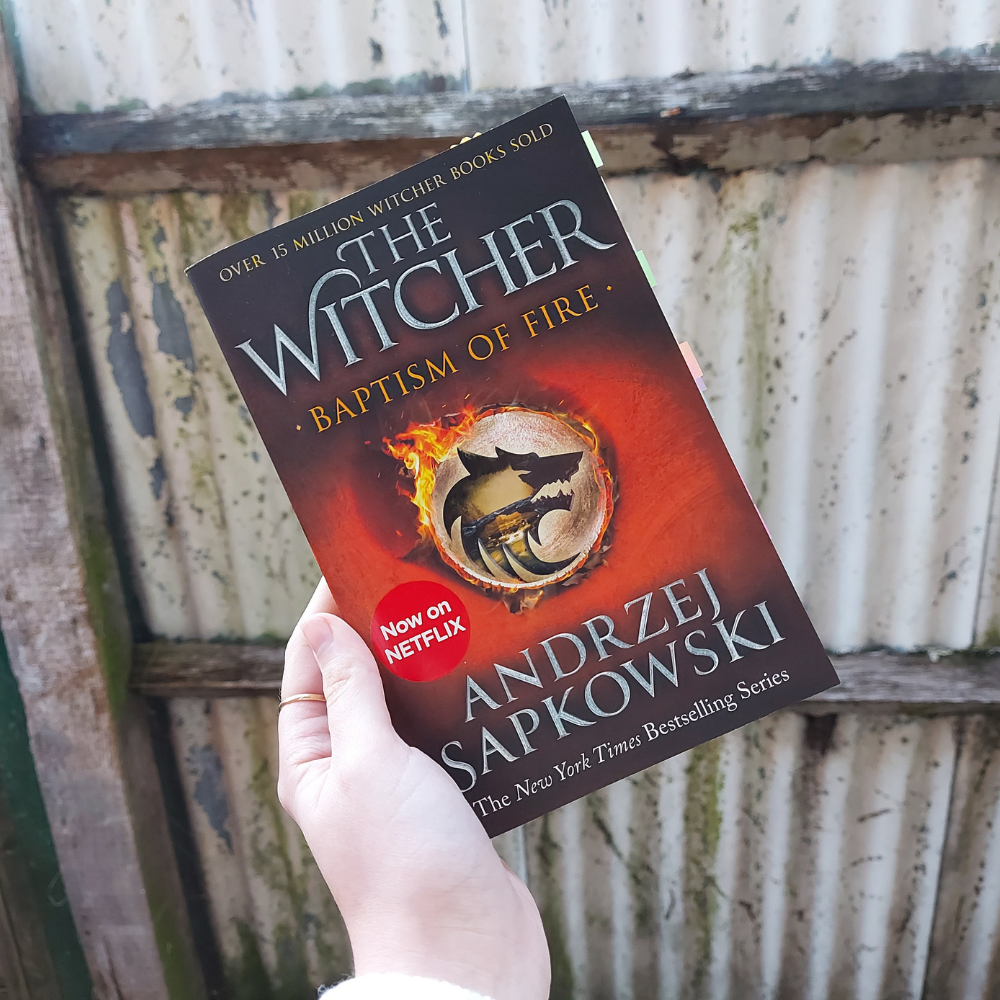 With lockdown number three still upon us, sometimes the best thing to do is to try and take a step away from our current reality. Instead of trying to tackle it, we can indulge in a bit of escapism. Whether it’s through our favourite games or TV shows, it can really help to just escape to another world for a little while. So, I thought I would share my top 4 series to read during lockdown if you’re looking for a bit of a whimsical fantasy getaway.

1. THE WITCHER BY ANDRJEZ SAPKOWSKI

I read this series for the first time in 2020 between the first two lockdowns and boy do I wish I’d bought the books when they first came out. Since the release of the Netflix show, and the success of the games, I think a lot of people are more familiar with the adventures of Geralt of Rivia, but not as many people seem to have given the books a shot, which is a shame. Of all the books I read in 2020, this series was my absolute favourite. It blends modern fantasy with Polish folklore and mythology, to create this incredibly fleshed-out fantasy world full of magic and monsters. Whilst the series does get quite dark towards the end, I still think that this is one of the most epic adventures you can take yourself on if you’re looking for a high fantasy series to get stuck into

This series got me through lockdown number one! Shades of Magic follows Kell Maresh, one of the only remaining Antari, who is able to travel between the four layers of London, some of which are abundant with beautiful magic, some stripped of their magic, and others having been corrupted by their magic. However, Kell’s simple life as a messenger for the King of Red London and a smuggler on his own terms get crossed over when he crosses paths with the aloof and mysterious Lila Bard. What ensues is one of my favourite fantasies of all time, filled with corrupt magic systems, dimension travelling, and even a magical tournament full of duels. Do yourself a favour and read this series if you haven’t already!

3. THE WHEEL OF TIME BY ROBERT JORDAN

If you’re looking for an absolute monster of a series to binge, then The Wheel of Time is the one. It spans fourteen books, all at over 600 pages each, and has a total of 2,782 distinctly named characters. When people say “epic fantasy” they mean The Wheel of Time. This series follows a seemingly conventional fantasy plotline to begin with (the chosen one embarks on a mission to save the lands from a dark force) but splits off into different directions like you would not believe! If you want to fully immerse yourself in possibly the biggest fantasy series of all time, I wouldn’t recommend anything else above this.

If big, chunky fantasy series aren’t really your thing, then this graphic novel series may be the best way to go. The writers are currently on a mid-point hiatus, but the 9 volumes currently out kept me going during lockdown number one, and the series is due to begin again soon. This intergalactic series is narrated by Hazel, the child of two alien species from warring planets that have fallen in love and fled their planets so they could be together. But it’s not long before their past catches up with them, and war is looming. This series has some of the most complex, morally grey, inclusive characters I have ever seen, and there are few graphic novels that have made me cry…but oh my goodness was this one of them. (Warning: Contains some mature sexual content, advised for readers aged 16+).