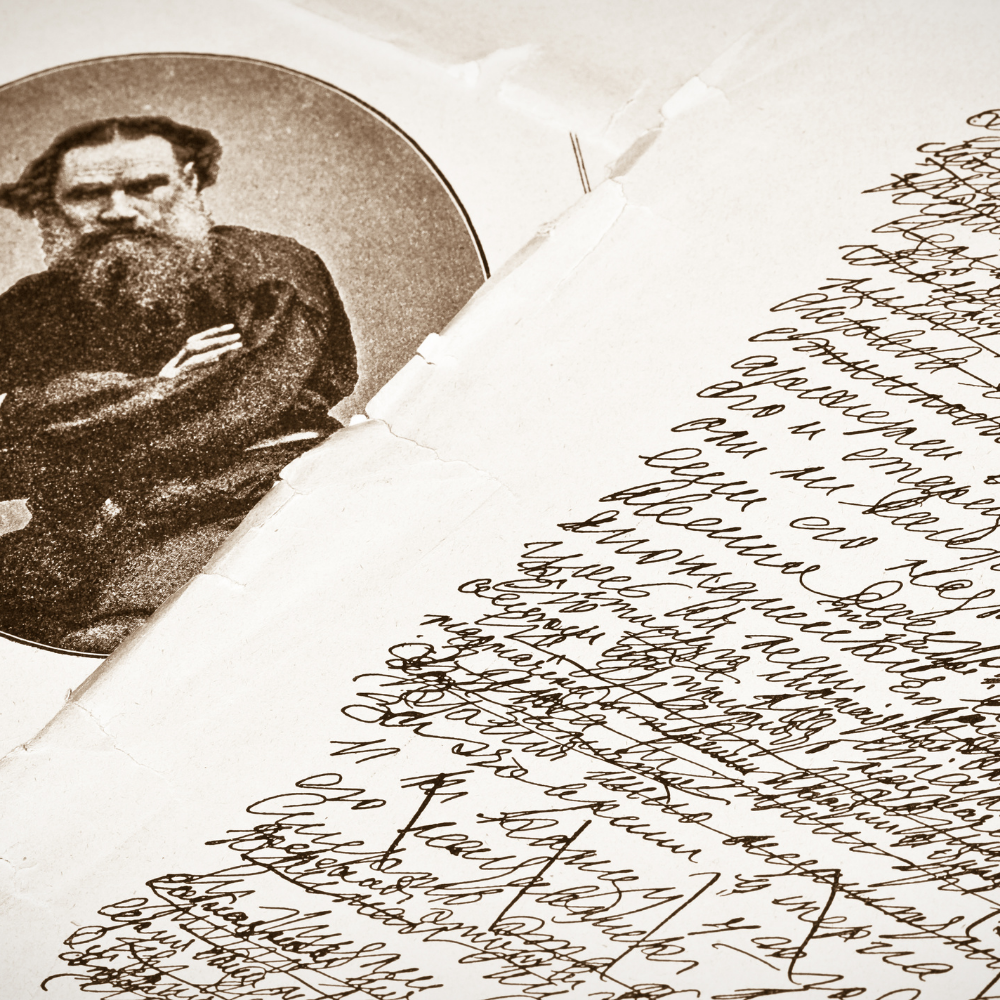 In preparation for my A-Level English Literature coursework I decided to read Anna Karenina by Leo Tolstoy as I would be writing about the theme of adultery. For those of you that don’t know, Leo Tolstoy was a 19th century Russian writer during its ‘Golden Age’ of literature. Amongst fans of classic literature like me, Leo Tolstoy is considered a god, mostly for writing the epic War and Peace – a one-thousandpage novel about the Napoleonic wars which follows the lives of five aristocratic families. Its themes? The obvious war and peace, as well as family, death, and philosophy amongst others. It is probably these universal topics combined with an interesting plot and Tolstoy’s extraordinary writing style that make this the ultimate classic.

Whilst I have to admit that I have never fully finished War and Peace because of the sheer intimidation it causes, I decided to read Tolstoy’s other highly acclaimed classic novel, Anna Karenina, before I commit any further.

Anna Karenina, a morality novel, deals with the themes of love and death as well as adultery and the philosophical questions of life, similar to War and Peace. It also surrounds the lives of four noble families and specifically a likeable society woman named Anna that falls in love with a cavalry officer named Vronsky, despite being married to her highranking husband, Karenin. This eight-hundred-page work of art is slightly shorter than War and Peace and seems a little more bearable to most readers, allowing you to grasp Tolstoy’s (immaculate in my opinion) writing style. The reason why I have mentioned this twice already is because despite being such a monster of a novel, the writing flows extremely well (it actually surprised me) and at the time it was being written, Tolstoy was one of the writers that pioneered interior monologues. He revolutionised the type of writing that allows us to delve into characters’ minds and understand why they do what they do – their emotions and thought processes. This was central to why Anna Karenina was and still is such a successful morality novel. Though do bear in mind that your opinion of the novel may depend on the translation you’re reading as it was originally written in Russian, so some may be better translated than others. I personally read the Penguin Classics version and would definitely recommend it.

Another storyline intertwined in Anna Karenina is that of Levin, an atheist landowner that marries Kitty, the girl he loves, but questions his purpose. This storyline follows themes of religion, nature, and the Russian landscape more closely. Surprisingly this part of the novel made me appreciate nature and the often insignificant moments more, especially during the crazy time we are living in now. At one point when I was reading the novel under the sun in my local park surrounded by the greenery, I felt the same beauty of life that Tolstoy describes when Levin is working his land.

I have to admit that reading this book was like a marathon and Anna herself doesn’t appear until around 60 pages in. Another thing to note is that all the characters’ names are Russian so they may be difficult to grasp at first unless you’re Eastern European like me. Tolstoy describes everything heavily, this includes the setting, some often irrelevant side characters, and the political climate/ historical context of what was happening in Russia at the time. Though I didn’t fully understand what I was reading at every moment of the novel, it only adds to the effect of what Tolstoy creates. A post I found on Tumblr about the novel said something like: ‘Tolstoy creates a world so much bigger than yourself which is why after finishing Anna Karenina you are left empty’. I agree with this in its entirety, because even though I didn’t know what ‘the Slavic question’ was, it added to the world Tolstoy created – the gorgeous, scandal and gossip infused society of imperial Russia. I wanted Anna Karenina to continue even after sprinting in that 819- page marathon.

It is for these reasons that I believe you should read Tolstoy at least once in your life, if not for his literary genius then at least for the plot. As for me, I am now trying to take another dip into Tolstoy’s world and attempting (for the third time) to start reading War and Peace. I’m finding that having properly grasped his work, it’s not as intimidating as I first thought, and I believe I can learn to properly love and appreciate this novel as many other scholars do.