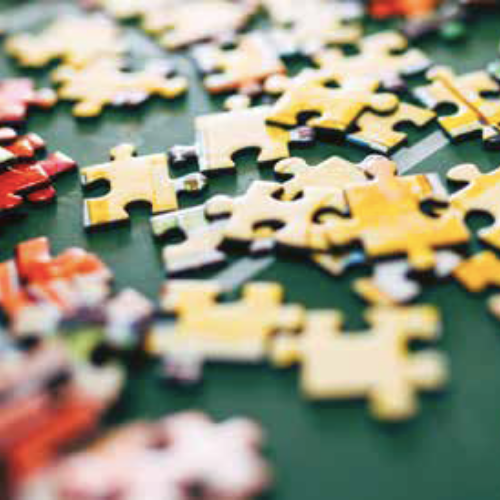 What is a Puzzle film? There are a

few different definitions for what

could be considered a puzzle film as

it is not a thoroughly researched area of Film

studies and is relatively new. Before I go over

the different theorists’ definitions, I want to

cover the history of the term ‘Puzzle Film’.

David Bordwell, a film theorist whose

works include cognitive film theory and

narratology, highlighted in his book the

“surge of complex narratives” as early

occurred again from the mid-60s to the

article agrees with Bordwell that Puzzle

films have been around since the 40s by

first examples. But when was the term

Kiss and Willemsen claim the origin

of “the term ‘puzzle film’ stems from

‘Puzzling Movies’, in which he referred to

a new genre of European art films of the

they note it was to describe a genre of

films originally but then the term was

revived by Bordwell to describe more

of a classification of films then a genre.

This illustrates that while the complex

in cinema for decades, they weren’t

David Bordwell’s book Narration in the

Fiction Film (1985) laid the foundation for

what would become puzzle film theory

with its assessment of different narrative

types (a must read for any film studies

students/fans). Bordwell then coined the

term himself which was then applied and

developed by other theorists such as Elliot

Panek, Kiss and Willemson, and others.

Kiss and Willemson noted that “recent

film history has seen the emergence of

a range of films, both surprising cult hits

and major blockbusters, making clever use

of confusing plots”, including Mulholland

What is a Puzzle film? There are a

few different definitions for what

could be considered a puzzle film as

it is not a thoroughly researched area of Film

studies and is relatively new. Before I go over

the different theorists’ definitions, I want to

cover the history of the term ‘Puzzle Film’.

This is achieved through “unusual story

structure, violations of causal logic, or

flaunted, unresolved gaps in the chain of

story. This feels much clearer and specific

further and developed the “impossible

puzzle film”. They define this as films

ambiguities in the narration” which

provoke a “state of ongoing confusion

throughout the viewing experience”.

So, as you can see there are a few different

types of puzzle films, and they are all open

to interpretation and criticism. If you want

to read more about puzzle films then

check out the following books: Narration

Cinema and Hollywood Puzzle Films (both

Films: A cognitive Approach to Complex

Cinema (Kiss and Willemson); The Poet and

The Detective: Defining the Psychological

Puzzle Film (Panek); and for an intro, then

the new wave of films, in what he dubs

the ‘Tarantino Effect’, which he defines as

So, it feels we are in a new wave of puzzle

films (I’m sure you can think of more), but

how do you define it? In the next section

we will look at the different theorists’

different definitions, but spoilers: it’s not

so cut and dry.

When it comes to defining puzzle films

there isn’t a rigid definition but more

a vague set of conditions that a film

can meet to be considered a puzzle

by saying that each puzzle film is in

“possession of a clustered subset of

some set of properties, no one of which

is necessary, but which together are

sufficiently many” to be considered a

David Bordwell does provide a clear

characteristic of a ‘puzzle film’: “the

complex telling (plot, narration) of a

simple or complex story (narrative)”. In

narrative) can be simple but the way it’s

told (the plot/narration) must be complex.

Elliot Panek in his article for Film Criticism

Journal (2006) developed his own category

of films that deviate from Bordwell’s

films”. He defines it as films that “possess

narratives in which the orientation is not

in the viewer’s mind as to how reliable,

communicative the narration is”.