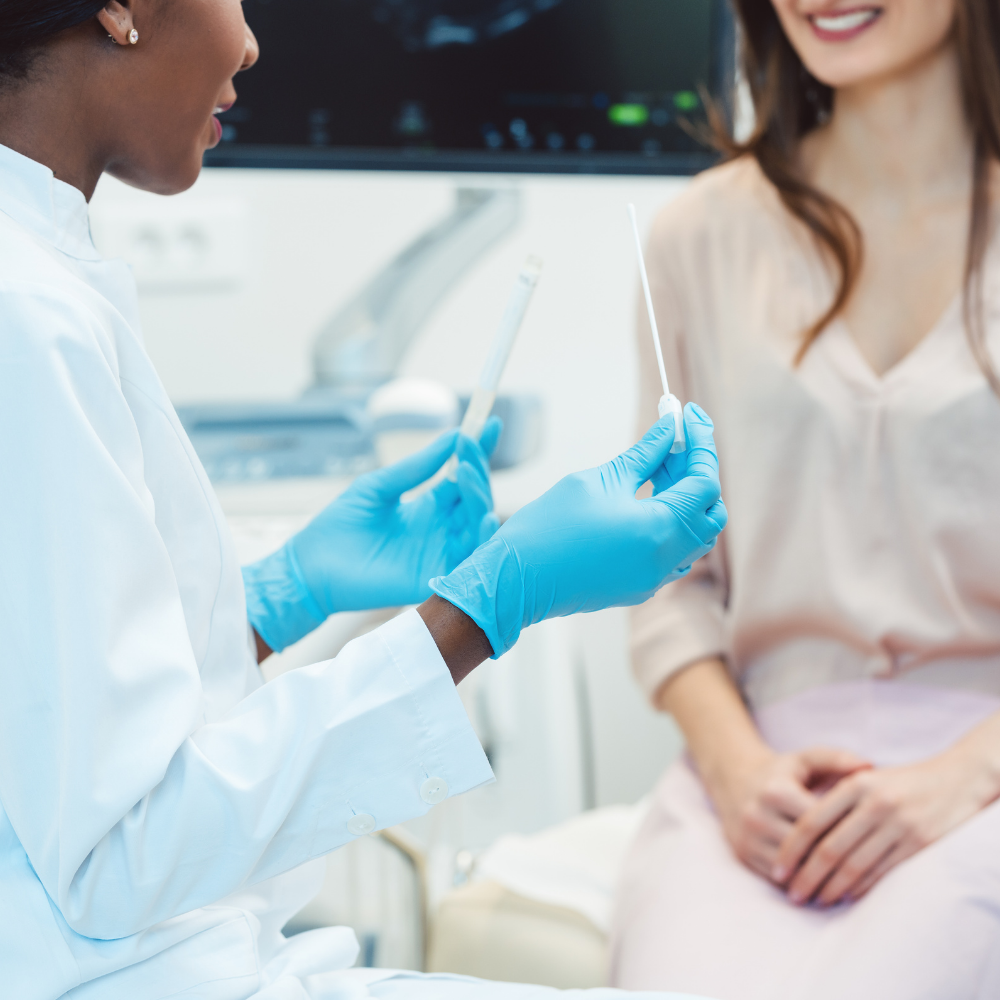 For most women, approaching the age of 25 may not seem significant in many ways, it’s just another year you’re growing older and wiser (?). It does, however mark the time when your first smear test is due. I have always felt that 25 was a bit too late to only be having your first smear test but there is obviously a reason it’s set for that age. If you haven’t turned 25 yet but are due to within 6 months you most likely have received a letter telling you about smear tests. If you’ve already had your first smear test you’ll know that they are due every 3 years unless you’ve been told otherwise…some people need to have them yearly but that can depend on a whole host of reasons.

I put off booking my smear test for quite a few months (I couldn’t really book it during a pandemic anyway) and I know I’m not alone in this feeling. I think when you finally get round to booking a date it begins to feel a bit more real and the anticipation kicks in. Please don’t put it off though, the sooner you get it booked the better. I ended up booking mine whilst at the doctors having a blood test so it was kind of sprung on me but I think that was probably the best thing for me. I didn’t really have any excuse to back out of it. I’m definitely the type of person that will put something off and then finally face it when I don’t have a choice.

I think it’s important for not only me but others to share their experiences in order to raise awareness of having a smear test and helping others feel less nervous about going for theirs. I shall leave links to a few helpful resources I used before going for mine as I believe it’s best to educate yourself by not only talking to others that have had it done but by doing your own research. Please remember though that not everyone’s experience is going to be the same. Some people have told me absolute horror stories about their smear tests and then others have told me it was a breeze.

If you have any other questions about your smear test, please ring up your GP surgery or wherever you’re having your smear test done, they will be happy to help and answer any questions. Whether that be about if you’re worried you’ll be on your period or what you’ll need to do. It’s always best to be armed with as much information as possible.

So let’s get down to my experience and how I felt my first smear test went. I booked mine as early as I could in the morning on my day off from work. I had heard some people got slight cramps (this can differ apparently) after their smear test so didn’t want to be sitting at a desk all day feeling uncomfortable. I’m also the type of person that will worry about something all day so wanted it over and done with in the morning so I didn’t waste a day waiting and worrying about it. One of the best bits of advice I can give you is to wear something easy to lift up on your bottom half and that is also comfortable…for example jeans would be a no go. I opted for my old faithful black polka dot Zara dress which I literally pulled up or a midi skirt would be a good alternative. I suppose the only real difference between my experience in terms of actually attending the smear test was I had to wear a mask and wasn’t allowed anyone to come with me even to sit in the room for support. I didn’t feel like the mask made me feel uncomfortable or got in the way so that was good.

I did have a bit of a surprise when I walked through the door of the appointment room as there was the nurse who was performing the smear test but also a student nurse that was observing. I was asked if it was okay for the student nurse to watch and I said in a moment of lapse judgement…of course. To be completely honest I didn’t really notice the student nurse was there whilst having it done, it was just a bit of a shock and I quickly had to process that not one but two people were going to be in the room when I had my legs spread which is daunting to say the least.

Before I stripped from the waist down (what a weird statement to type ha), the nurse went through some questions with me, like checking when my last period started, checking my details and asked if I had any questions myself. She then went onto explain why smear tests are such an important procedure for women to have every 3 years and what they actually check when doing the smear test. I was also shown the few bits of equipment she would be using in order to do the smear test. It wasn’t too much information to take in which I was glad about as I already felt a bit nervous so I knew I wasn’t going to be good at information intake. I do recommend asking to see and have an explanation of the equipment they’ll use and what the whole procedure entails as it definitely put my mind at ease knowing exactly what was going to happen and why.

It then came to getting ready for the smear test, so I pulled my dress up, hopped on the bed and used the privacy towel that was provided until the nurses were ready. Throughout the whole process she spoke through everything she was doing so I was fully aware of what was going on which I think really helped. At first she used a smaller speculum which she said was something they normally do with your first smear test and then work their way up to the longer one if needed. It also helps if you’re a bit nervous about the ‘pain’ or uncomfortable feeling if you have the smaller one used first. The nurse attempted three times to use the smaller one with no success of being able to locate my cervix, this was probably the most uncomfortable part of the whole procedure but it definitely didn’t hurt so don’t let this point put you off at all. In the end the nurse ended up using the longer speculum which most people will have used during their smear test, it makes it easier for the nurse to locate the cervix and then take the swab. The speculum is inserted with a little bit of KY jelly lubricant so it goes in smoothly and as comfortably as possible. I heard from a lot of people that the taking of the swab can be the most uncomfortable part of the smear test and can often cause you to bleed a few hours after. They twist the soft headed almost silicone feel brush 5 times in order to get the best sample for the test and then pop the brush in a pot of liquid which is then sealed and sent for testing. I honestly only felt the brush once when the nurse was collecting the sample and I didn’t experience any bleeding or light blotting after my test at all. The speculum was then slowly removed and I was left to get dressed and ready to leave. All in all, I was in the appointment for no more than 15 minutes in total and the test only took around 5 minutes from start to finish but would have been even shorter if there wasn’t an issue with the speculum at first.

The nurse told me I was going to receive my results in two weeks and if anything irregular showed up I would be contacted and asked to come in for a further appointment. She did put emphasis on the fact that even though some irregularities may show up that it’s not necessarily a bad thing or something to be worried about. I haven’t obviously received my results yet but I will be sure to either update this post, write a follow up or mention it on my Instagram.

Comparing how I felt before the smear test and after the test is a complete contrast and just goes to show how our minds like to make something out to be worse than it might be. I felt absolutely fine after my smear test and a definite sigh of relief…I even treated myself to a coffee and McDonalds which helped me get through the smear test too ha.