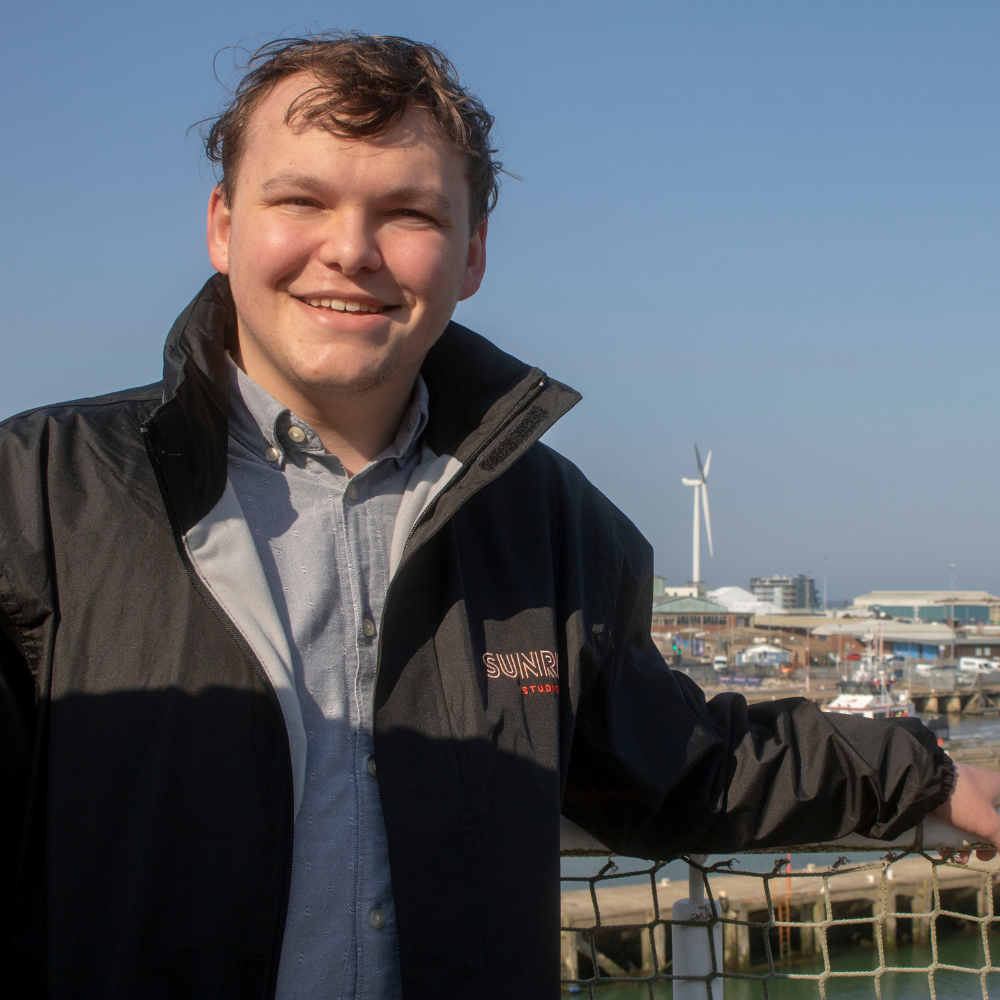 This week, local cinematographer Joshua Freemantle received welcomed news he has been hoping for, as his dream to create a community production company has moved one-step closer to fruition, after pitching his business plan to regional charity Access Community Trust.

After deciding further education was not for him, Joshua, 18 from Lowestoft, has spent over five years building his knowledge and understanding of the creative industry and produced a portfolio of video assets for local authorities and digital advertisements for Google and Channel 4.

Joshua’s love of film, his hometown and for the diverse communities surrounding it was highlighted last year, following the successful cinematic release of a feature length film entitled ‘Life of Lowestoft’, which has been viewed by over 10,000 people around the world. The powerful thought provoking local documentary took over two years to film and edit and has since gone on to win a number of awards from online film festivals.

Earlier this year Joshua begun to capture a number of voices from local ambassadors, that are part of the Towns Fund for a community podcast series, which included an interview with regional charity CEO Emma Ratzer MBE of Access Community Trust. It was after this meeting that Joshua spoke at length of his ultimate vision to create a social enterprise production company in Lowestoft, operated by young people for young people, who want to learn about the creative industry and develop hands on industry standard skills.

Impressed by his passion and enthusiasm, Emma encouraged Joshua to create a long-term business plan for ‘Sunrise Studios’ and this week presented this to a panel of judges (in a Dragon’s Den styled pitch) from the charity for further feedback and advice.

After being grilled by the panel, Joshua finally received an offer he had hoped for from the charity’s CEO Emma Ratzer, of full time employment, which would give him the opportunity to build Sunrise Studios within the Trust’s growing social enterprise network.

“I’m absolutely delighted! Lowestoft has a promising future and Sunrise Studios is set to support and capture this by building brighter horizons for young people who currently are socially isolated. There are many exciting plans to develop over the coming months now I have an element of security for my future. I am already speaking with the local authority and established community groups on how the Studios can assist with major regeneration projects, such as the Cultural quarter and I look forward to sharing this with the local community very soon.”

Emma Ratzer MBE, who has led Access Community Trust for over a decade commented,

“At Access, we positively support countless individuals every year across Suffolk and Norfolk. Sadly, at times, the voices of Young People are often missed within society and this is something we are determined to change. We operate many initiatives for people under 25 to engage with, including alternative education, apprenticeships, youth and mental health forums and group activities. By welcoming Joshua and Sunrise Studios to Access, it provides additional platforms for local young people to be listened to and taken seriously. After all, this generation is our future.”