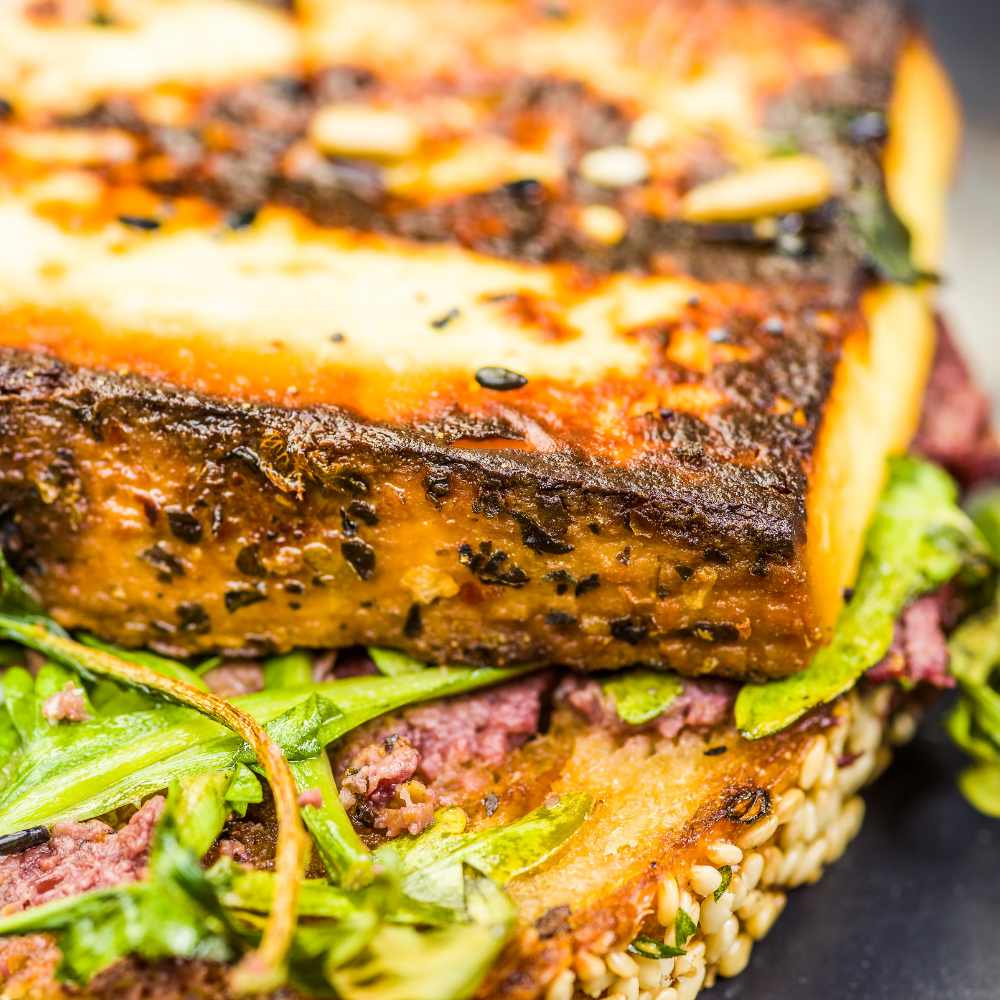 My relationship with cheese is a tumultuous affair. The part of my brain that is tasked with thinking about cheese is like a mental Thunderdome. There’s been highs and lows but something I know for sure is that halloumi is unequivocally the best of them all, at least in my eyes. However, before I can sing its praises, let me illustrate my ups and downs with cheese prior to me discovering this dairy deity.

As an infant, I could not eat cheese in any form. Cooked or uncooked, on its own or just a sprinkle on something else, I wouldn’t have it. I didn’t even eat pizza. I suspect it was very psychological as I used to guzzle mini-Cheddars like water and never realised why they had the name they did. As I matured, my hatred became milder and, eventually, I ate it semi- regularly. I don’t eat raw blocks of it like my sister does but, if it’s cooked, I’ll eat it in most scenarios.

I still didn’t eat cheese on its own. It was an accoutrement, nothing more. If a past dish had too much cheese or it was too strong, I would say I wasn’t hungry. You might have guessed but my mother is the real victim of this story, I was the fussiest child in existence. I ate toast but wouldn’t eat un-toasted bread. I’m not kidding. Anyway, my relationship with the dairy delicacy hit a stand-still.

And then it happened. I visited Nando’s for the first time and, hesitantly, agreed to try one of my Mum’s halloumi fries. It was a transcendent experience. I ate a piece of cheese with no accompaniment and enjoyed it whole-heartedly. The taste was salty and mild although apparently if aged like a fine wine is much stronger. The texture which gives it the moniker ‘squeaky cheese’ was surprisingly pleasant. My only issue was the serving size and I’ve found that’s a problem with almost every restaurant I’ve tried it in. The saying goes ‘quality over quantity’ but both would be the optimal scenario.

Halloumi is traditionally made with goat’s and sheep’s milk (although cow’s milk can be used) and originally hails from Cyprus but has become a British delicacy in its own right. Apart from its homeland, Halloumi is most popular in the UK and I find that very believable as most food places I’ve encountered serve it in some way or another.

The main reason for this is that it’s a popular vegetarian option which I myself discovered when I decided to cut meat out of my diet. I admit, I am not the most technically skilled chef in the kitchen so I did worry about how varied my meals would be along with what I would order when I went out to eat. Vegetables are nice and lentils are underrated but I know that I would have struggled the transition immensely without our friend halloumi.

In terms of preparation, it is usually fried or grilled as it has a much higher melting point than most other cheeses so remains solid. It’s typically cut into strips to make fries or a patty shape for burgers. I’ve also discovered it’s great as a meat substitute with kebabs. Recently, I’ve ordered it from some takeaways and it’s come battered which is also quite nice. I find it tastes perfectly lovely on its own but it’s also often served with a chilli jam or chutney.

Halloumi has become my favourite food. If it’s on a menu or in a supermarket, it is inevitable that I will eat it within the next 24 hours if not the next 24 minutes. It tastes good and also provides for a fun anecdote considering it’s a particular type of a food stuff I don’t typically care for. Now, I’m a rational person. If you don’t consider halloumi the best cheese, that’s okay. Just remember that when the apocalypse hits, don’t ask to hitch a ride with me because I don’t forget easily.