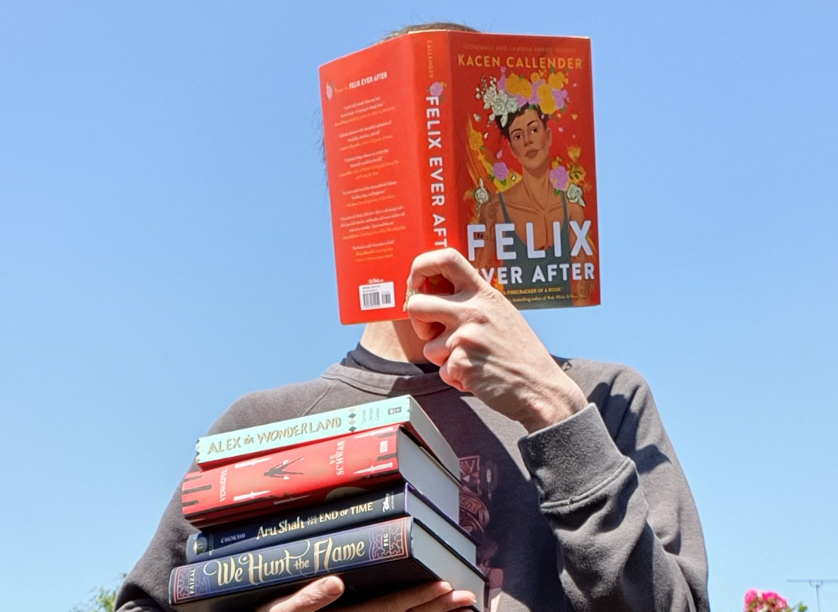 A feminist reimagining of Gothic fantasy set in 1950’s Mexico!? GIVE IT TO ME NOW!

Noemí Taboada is more of a socialite than a sleuth, but after she receives a letter from her newlywed cousin, Catalina, claiming that her husband is poisoning her visions of restless ghosts, she takes it on herself to journey to their remote mansion in the Mexican countryside determined to find out what’s affecting her cousin. This is a shorter version of the blurb, but if you take a look, you might just agree with me in saying that it gives off strong My Cousin Rachel and Crimson Peak vibes.

One of few books with asexual, aromantic representation? YES. PLEASE.

Alice Oseman’s work has always been great if you’re looking for something with great diverse representation, and Loveless is no exception. Loveless was one of my top anticipated releases for 2020. This is an own voices novel following Georgia at the start of her university experience as a fandom obsessed romantic, yet never having fallen in love, had a kiss, or even a crush. When her plans to find romance go awry, it leads to her self- discovery of being asexual, aromantic.

The blurb we’ve been given definitely holds a lot of mystery, but I have high hopes after Susanna gave us Jonathan Strange & Mr Norrell. I would try and summarise the blurb, but I think it’s best if you read it for yourself:

‘Piranesi lives in the House. Perhaps he always has. In his notebooks, day after day, he makes a clear and careful record of its wonders […] On Tuesdays and Fridays Piranesi sees his friend, the Other. At other times he brings tributes of food and waterlilies to the Dead. But mostly, he is alone. Messages begin to appear, scratched out in chalk on the pavements. There is someone new in the House. But who are they and what do they want? Are they a friend or do they bring destruction and madness as the Other claims? Lost texts must be found; secrets must be uncovered. The world that Piranesi thought he knew is becoming strange and dangerous. The Beauty of the House is immeasurable; its Kindness infinite.’

A trans, Latinx own voices novel with magic, ghosts and gay romance? I’M. HERE. FOR. IT.

This was by far one of my most anticipated releases of 2020 (coming in at second place if you wanted me to specify). Magic is always a drawing point for me, but combine that with trans and gay representation that’s also by an own voice author and culturally diverse too? I can already tell this is going to be amazing!

‘When his traditional Latinx family has problems accepting his true gender, Yadriel becomes determined to prove himself a real brujo. With the help of his cousin and best friend Maritza, he performs the ritual himself, and then sets out to find the ghost of his murdered cousin and set it free.’ Only he summons the wrong ghost, one that refuses to go quietly into death.

NOTE: The book subscription box company Illumicrate have put together a special edition box for Cemetery Boys which will include a signed bookplate, letter from the author, an enamel pin, and a wooden bookmark! BUT THAT’S NOT ALL! You can also submit proof of preorder (for any book format and any company, libraries included) to Aiden Thomas’ website, to receive five character tarot cards, and a signed book plate!

THE INVISIBLE LIFE OF ADDIE LARUE

Speculative fiction about old Gods that answer after dark, intertwining the supernatural with the mundane, and a touch of queer representation? And all written by my favourite author? THIS IS THE ONE THING DRIVING ME THROUGH 2020, I NEED IT NOW!

The Invisible Life of Addie LaRue follows the story of a young French woman who makes a deal with the Devil to live forever, only to be cursed to be forgotten by everyone she meets, and then 300 years later when someone remembers her. If that alone doesn’t hook you in enough, I don’t know what will.

A crime witness that runs a true crime podcast to help other victims? I ALREADY LOVE IT!

This one I first heard about earlier this year, but damn, I’m already excited for it! At the age of seven Delia ‘Dee’ Skinner witnessed the abduction of her best friend, Sibby. Despite telling the police everything she knew, Sibby was never seen again. Dee is now seventeen and runs a true crime podcast which features missing persons cases and works with online sleuths to solve them. Soon enough another little girl goes missing and her case is linked to Sibby’s disappearance. Now Dee has the chance get some answers.