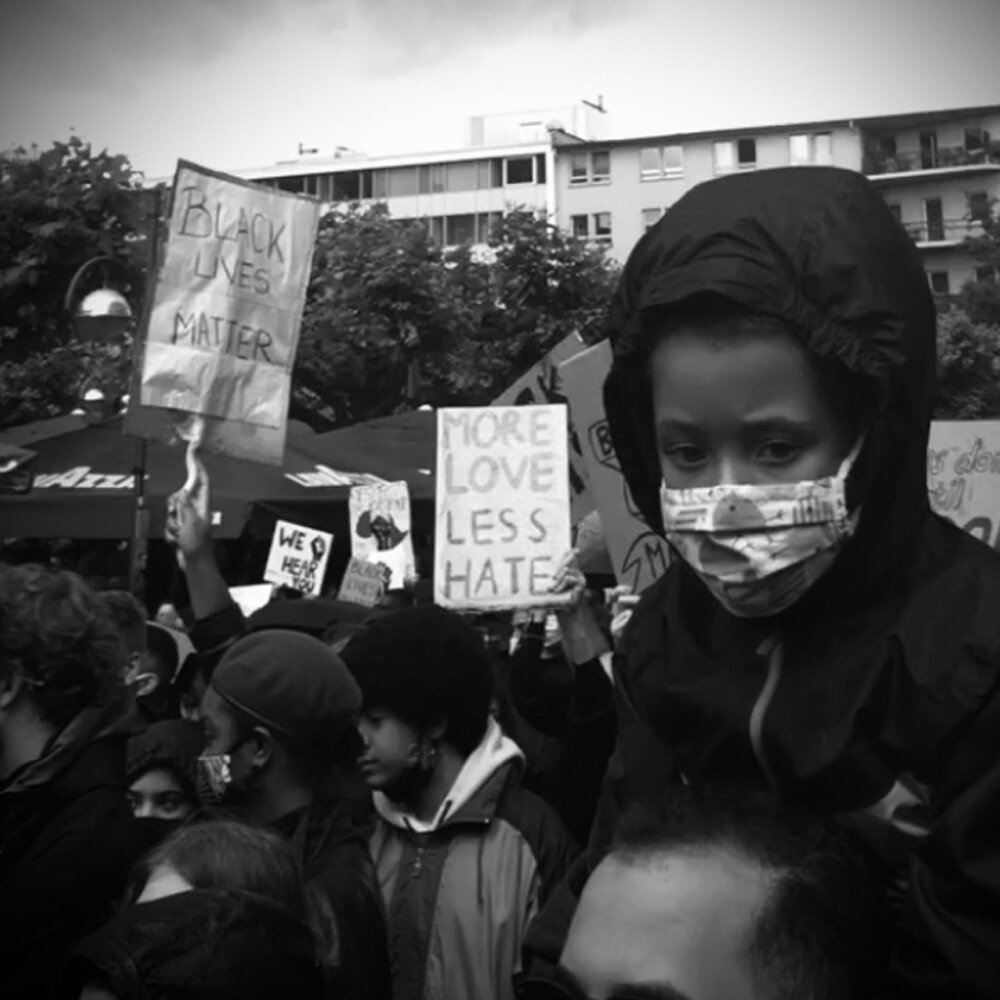 We have all heard about the huge Black Lives Matter movement in the United States of America and in many other countries all over the globe. People are demonstrating for peace, justice and against racism. Humans are fighting against the happenings of the past and for a fair, a better future.

I wanted to be part of this movement so I have been to one of the demonstrations back in Germany where I live. It was a rainy and cool day but already on my way into town I was overwhelmed by the crowds of people who were wearing black clothes and tried to enter the train. I felt even more hope and faith once I was part of the crowd standing in the pouring rain. We were shouting, cheering, holding up self-created posters and kept repeating the same words:

These words and all the power behind them painted a bright, blue, sun kissed sky over us people. It looked like we were heard by ´higher powers´ and gave the now clapping crowd trust. And standing there, sharing umbrellas I realized that this is just the beginning because it is important that we all know that we all have the same worth and treat each other that way. It does not matter whether we are rich or poor, which skin colour we have, if we are tall or small, where we live, how we look, if we are ill or healthy, which gender we are or feel, whether we are old or young or any other ´differences´ between people.

We are all worthy as much as any other person is and this is how we should be treated.

We have to stop treating people that do not look the same as we look, or have the same characteristics and traits as we have differently, because we are all worth the same.