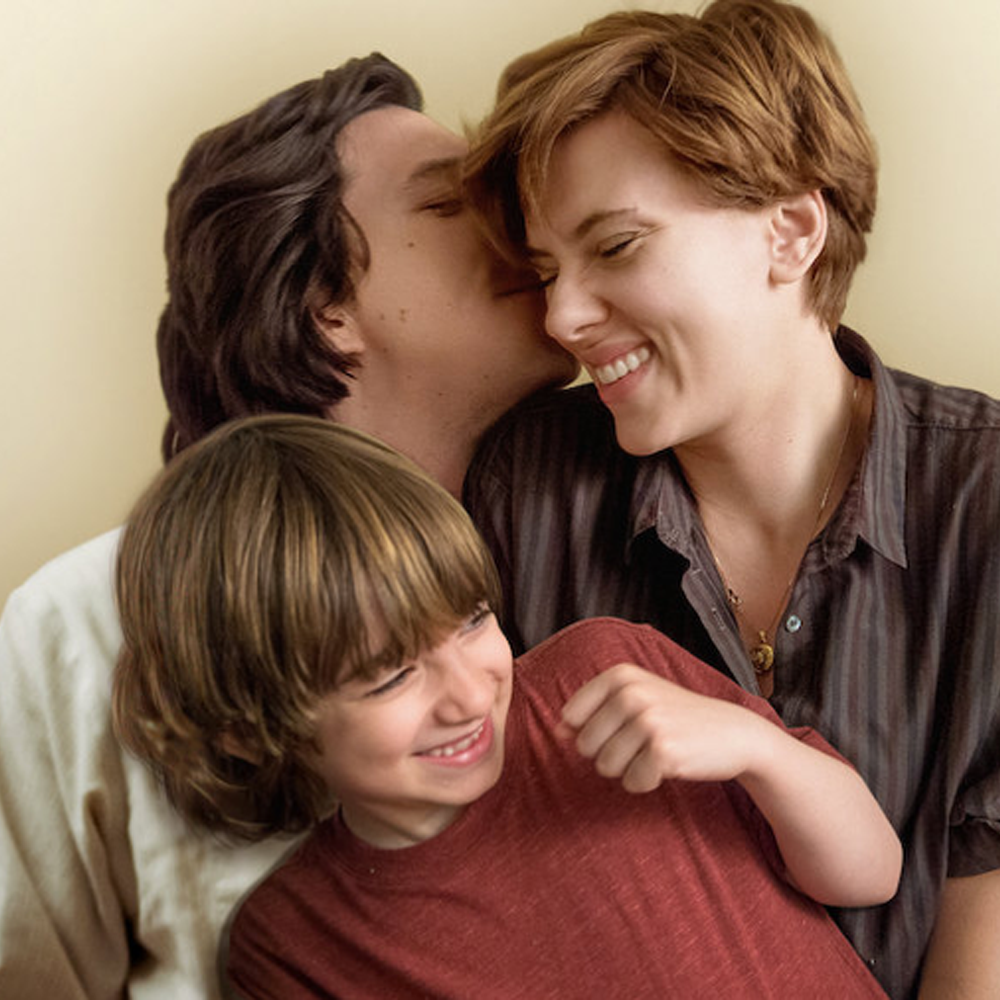 In Marriage Story (dir. Noah Baumbach) the events that unfold are the recipe for an American tragedy. As we follow the breakdown of Nicole (Scarlett Johansson) and Charlie’s (Adam Driver) marriage, their lives become strained with their demanding careers and the co-parenting of their precocious son, Henry. Yet, amongst the chaos, the film raises important questions about parenthood, show business and traditional gender roles.

Marriage Story does not cite a specific year that it’s set in, but the cinematography gives way to a grainy, 90s feel. Like we are watching a home video. In the film’s opening, we learn that Nicole works for Charlie’s well-established theatre company as an actor. Though she’s always wanted to direct she’s never had the chance due to the success of her husband’s company and their conflicting schedules.

Throughout the film, Johansson’s performance as Nicole is raw, becoming one that splits between trying to balance her role as a mother, wife, and actor. Speaking to her divorce attorney she says, ‘I realised that I stopped coming alive for myself. I was just feeding off of Charlie’s aliveness’. Her Stanislavski approach within this role (in this instance, an actor playing an actor) provides added naturalism. In certain scenes she delivers dialogue in other rooms or whilst on the toilet, so it’s easy to forget this film is scripted.

The same can be said for Driver’s performance as Charlie. He tries to cling onto the nuclear family that they have built together, making every effort to help Henry to thrive. One might have mixed opinions on Nicole and Charlie as characters, but it was refreshing to see Baumbach write Charlie as a mostly sympathetic father who, too, questions his own masculinity and identity as a father.

Another commending aspect of the film is its cinematography. It seems that Marriage Story takes influence from Ingmar Bergman’s Persona and Godard’s Pierrot le Fou. Both protagonists are captured through similar techniques to the above films: in extreme close-ups whilst talking to the camera as it moves rapidly between the two characters. These techniques add to the buried resentment and frustrating that Nicole and Charlie experience.

For a character-led drama, Marriage Story is a buried diamond in the rough.