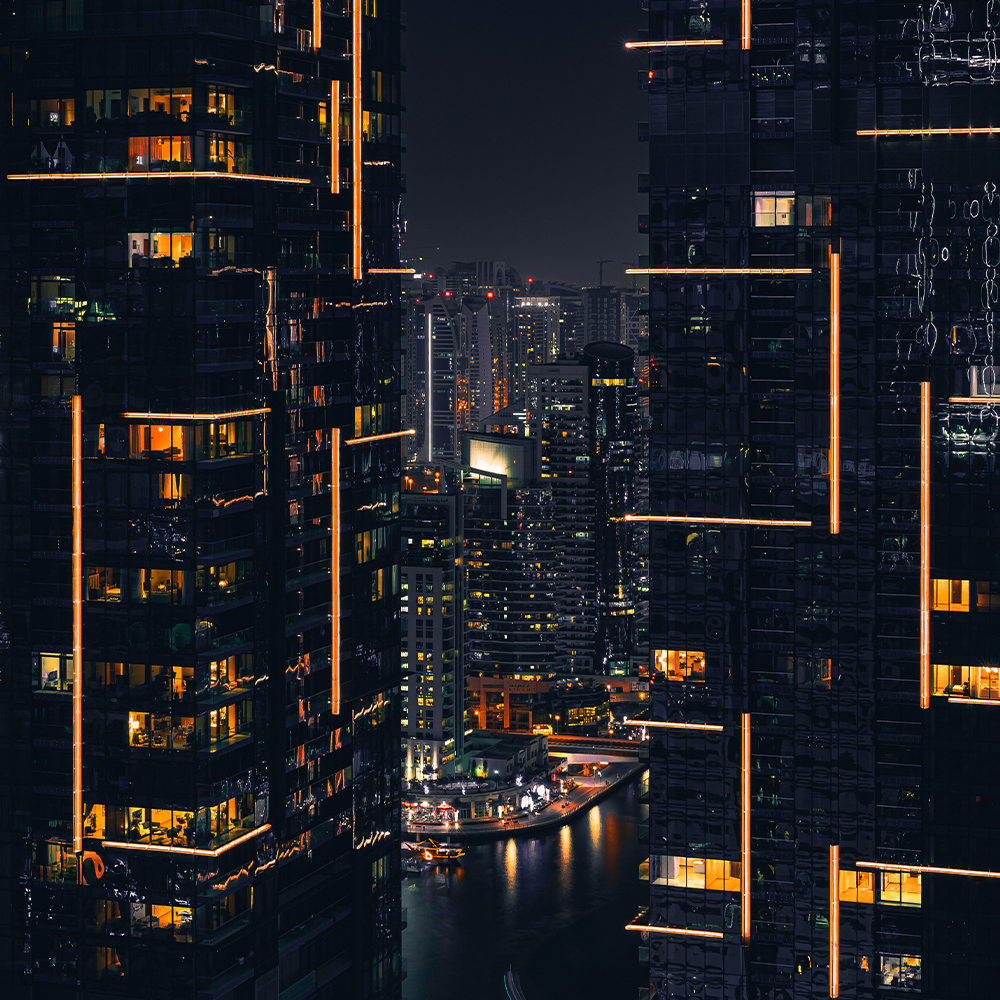 I read this book once that talked about something they call the floating world. The floating world was an expression to explain the phenomena that occurred at night, when mostly wealthy men would visit the pleasure quarters and experience all sorts of hedonistic catharsis, and then when the morning came the sensation disappeared. Whilst I have never been to a pleasure district, that’s not something a skinny girl born on a wet, grey London day in April 95’ normally does, something about this phenomenon rang true. Have you ever had a conversation with someone once the sun has gone down that you just wouldn’t be able to have in the daylight? Yeah… like that. That’s the floating world.

For us three, the floating world looks like a room. The apartment belongs to David and Paul; they’d shared it since they were students. David had done his degree in political history and is working for an MP now; it sounds really cool if you don’t go into the details, but the reality is that he isn’t changing the world yet- and this really frustrates him. He types up minutes from meetings mostly. Paul on the other hand, dropped out of his degree and went to work as a receptionist at the hospital. He spends most of his time researching ways to become successful without a degree, but I think he’s quite content at the hospital really. Me, I stayed on after my degree to do more learning. I have so many ideas of what I want to do, and I just can’t choose one. So, I’m going to keep cramming my head full of books and writing papers that might be world changing one day. But that’s not important… I was talking about the room.

The walls are this gross faded beige colour, and the boys have stuck photos from over the years all over them in this really uneven way that bugs the hell out of me. One day I swear I am going to rearrange them, binning the bad ones of me along the way. There’s a leather sofa, that I’m pretty sure was black at one point, and two mismatched armchairs, one red and one mustard yellow, with a dark heavy wooden round coffee table in the middle with burn marks from coffee cups and little scratches from where David dug his pen in when he got frustrated back during his essay days. The boys are definitely not gifted at interior design, it looks a little bit like they went into a charity shop and picked one of each style and threw them together hoping for the best. Honestly, that’s possibly what they did. The windows are big; from ceiling to floor so during the day the room is bright. The bulb has gone in their main light though so once it gets dark, we only have lamps which leaves the room bathed in a warm dim glow. It’s here you can sometimes feel the floating world. And from the floating world, the three of us build our own city.

The last time we went there we were all sat on the floor. Paul was leaning against the sofa, one arm stretched out along it and a beer in his other hand. I was sat opposite him, leaning against the big window with a sketchbook perched on my bent knees, a sketch of Paul beginning to emerge. I draw Paul a lot these days, I may have some unaddressed feelings that I will confront at some point, but not yet. I don’t want to upset the balance the three of us have. But again, this is not what I’m trying to talk about so let us move on. David was next to me, leaning towards me and picking at a hole in his faded jeans, his shoulder pressed comfortably into mine. It was the middle of October, so the glass was cool on my back in contrast to David’s body heat at my side. The coffee table was starting to fill with empty brown bottles, and the radio was playing quietly from the kitchen.

‘I’ve been thinking…’ David starts, the first move of the night, ‘I might quit my job.’ No one says anything, or even looks at him, but my pencil stills letting him know I am listening. David often needs a bit of time to consider his words, and if you speak to soon, he’s likely to decide not to tell you. But if you let the silence extend then he’s more honest. So that’s what we do. We wait for him to finish. ‘I watch the news, or I look at the world and I think…there has to be more than this.’

We all know what this is instinctively. Because we all feel it too. We wake up, go to work, or in my case the library, come home and eat dinner, then we meet up here and watch a movie, or work on separate projects then eventually I’ll drive home and they’ll go to sleep. And we do it again. But we’re still young enough to have that belief that maybe we’re different, the sort of different that makes a mark, that our ideas are brilliant, and people just haven’t realised it yet. It manifests a little differently for all of us. David wants to fix the world from the house of commons, whereas Paul wants to do something a little more lowkey. Lately, Paul has been going to Church and he likes the idea of joining a mission group, changing people’s lives on a more intimate level. Me, I have a sense of pride over my own mind. I want to write the world better, to change the way people think from my laptop. Some kind of critic I suppose, but not here… my mind is wasted in London. But whatever our future looks like, we all know that this cannot be all there is to life. It just can’t.

‘Oh yeah?’ I say when David doesn’t say anything else.
‘Yeah. I know that if I stay in my job, I can work my way up, but it’s going to take years. And I can’t wait years. The world doesn’t have years.’
‘So, what will you do instead?’

He shrugs. ‘I don’t know, but I do know that I have something to offer.’

He then goes on to explain to us how he will fix the country, laying out his manifesto. He knows exactly how he will save the NHS, how to fix the housing crisis, how to make better trade relations with the rest of the world. But I am not going to tell you more about it because what he actually said isn’t important, and one day you might be able to read his manifesto for yourself before you hit the ballot box. What is important is this; he fixed the city from the living room floor. And as he talked about how he would fix it, that is exactly what it felt like was happening. For all we knew, as he spoke the entire law system was being rewritten, the houses of parliament changed brick by brick, the Thames begun flowing in a different direction.

And then Paul tells us how he’s decided he believes in Jesus. He tells us how the feeling that this can’t be it led him to start really taking it seriously. ‘Because if everyone in the world is asking themselves if this is all there is to life, then there must be something we are universally missing. And I’ve found that missing bit in him.’ And he goes on to tell us about the future that he has discovered, about how God is working towards a utopia and he’s going with or without us, and I make a mental note that maybe I will go to Church with him on Sunday, because his eyes are lighting up and I can see how this really has given him something valuable and I’m a little jealous. In the daylight, David will tell me behind Paul’s back how he thinks this religion stuff is illogical, but here in the floating world anything is possible and so he considers it for a while.

Normally I would say something kind of radically left wing, provoke some kind of politically charged discussion. But tonight, I have something different to say. The thing about the floating world, is that when the sun comes up and it disappears, a lot of what has been said disappears with it. It doesn’t go completely, it leaves whispers behind, but it takes enough that you can say anything and still expect the world to go back to normal in the morning. So, with that in mind I say, ‘I am going to leave soon. I don’t know when, and I don’t know where. But I’m looking into options and ways out. Ways to go and do something meaningful with everything I’ve learnt in another place.’ Neither of them says anything, but I feel David nod in understanding next to me. If I had said this in the day there might have been more emotion vocalised, a stronger reaction. Probably talking me out of it. But because we are here they understand, they feel the longing that I feel- the pull to something greater.

I take the chance to look at them both, really look at them, and I’m overcome with an intense feeling that this is the start of something. It is as if, in that moment, I can see past their skin, into their hopes, dreams and fears, and I know that they are going to do amazing things. I really believe in us, I believe we can change the world. I believe we will fall in love, and get our hearts broken, I believe we will laugh and cry, we will climb mountains and get lost in valleys. And I know that’s cliché, I know, but it’s how I feel and nothing else needs to be said, because we are all thinking the same thing.

In the morning I wake up in my own bed, with the same yellow sheets, and open my eyes to the same once white walls with my battered cello propped upright, begging to be played. I remember that last night was important, I remember we had some break throughs somewhere; but I don’t remember what they were exactly. I get up and shower, make myself a cup of tea and sit down to go through my to do list before I head off to finish my paper at the library. But something makes me stop for a moment, and I write at the bottom of my list;

8: Look for an internship in China.

The floating world phenomenon was first recorded in the 1600s Japan. That means for at least 400 years people have consciously slipped in and out of this night-time world. How many of those people have found a place in it, whether that be in the bed of a prostitute, or in a living room, or playing cards in a bar? And how many of those people have chosen to take something out of the floating world, and examined it in the daylight? I don’t know the answer. But I do know, I want to steal something from that place and make my life around it. I want to be the architect of my own floating world, and through it; make my life worth more than this.