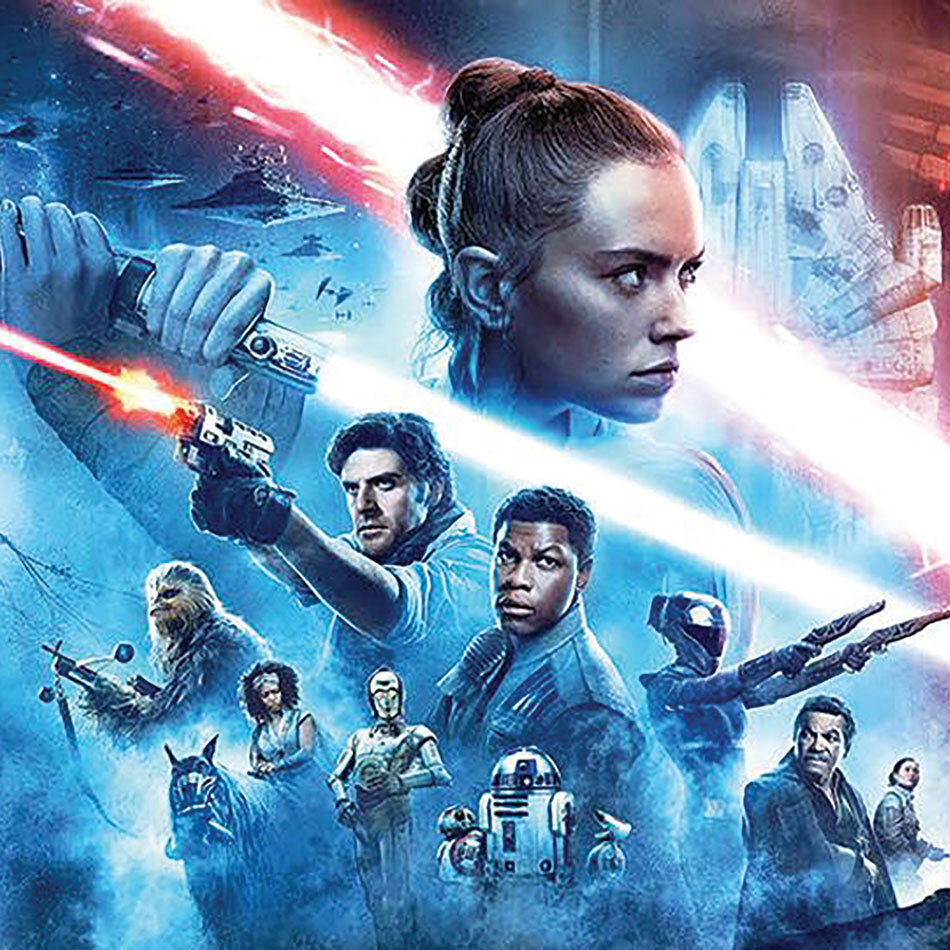 The latest and last film in the Skywalker storyline sees us meet some old friends, like Lando Calrissian and some new ones like Zorii Bliss.

This action-packed film shows us the return of an original enemy Emperor (Sheev) Palpatine who will battle against Rey and Kylo Ren. When I watched this film in the cinema, I was not disappointed with what I saw; this film gives us a much more in depth and the reveal of Rey’s parents and who she is related to. The relationship/ friendship of Rey and Kylo Ren is still there and even goes a bit further. This film gives us a lot of answers from the original trilogy in 1977 and the prequel trilogy from 1999 to most questions or plot holes we wondered about as fans. Finn and Poe were great (as always) and continue to have an enjoyable friendship and funny interactions which is going to put a smile on everyone’s faces.

The CGI fights are much better than in previous films, especially the one between Kylo Ren and Rey when they fought in Kylo Ren’s room on the star destroyer. The different planet and ships’ sets were incredible, for example the Resistance fleet vs the First Order’s star destroyers toward the end, the return of the classic planet Tatooine looking as good as it has always been. The best part of this film is when Kylo Ren stops being the bad guy and decides to redeem himself and help Rey battle against Palpatine. Even though they can’t talk BB-8, D-O and R2-D2 droids were a joy to see again, and C-3PO who is funny as ever with a lot of witty lines and being straight-up annoying to the team.

This blockbuster of a film had certainly kept me, and certainly would you, on the edge of your seats throughout the whole film till the final credits start playing. This film is going to reignite your love for Star Wars or make you start to love the series, which would leave you begging for more! In my opinion Rise of Skywalker is a good film to end the Skywalker saga story but can be improved in some areas. This is a must watch if you are a Star Wars fan or just looking for an action film to watch to pass the time.