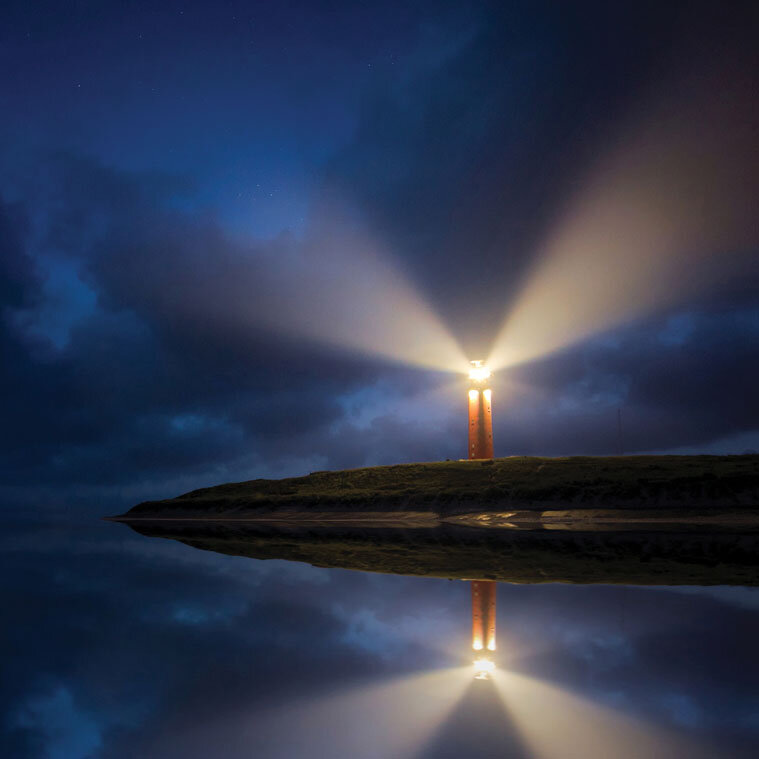 Robert Eggers takes us on a nightmarish voyage into the depths of psychological depravity, self-destruction, and human guilt with “The Lighthouse”, the weirdest cinema going experience that I’ve had in a long while.

The production of the film alone is to be marvelled at. It was shot on black and white 35mm film and presented in an almost perfectly square 1,19:1 aspect ratio in order to evoke 19th century photography. This enabled them to visually withhold information effectively but also made it impossible to use natural light. Elaborately orchestrated lighting design had to be in place so that the images came out crisp and (to a certain extent) intelligible. It was filmed on a remote location with less than desirable weather conditions over thirty-four days (A short time for principle photography). A fully functioning 70ft lighthouse was constructed for the production, (yes, they actually constructed a working lighthouse solely for the purpose of this film). The result of all of this toil is an intrinsically formed piece of film making that excels in the ambiguous.

The film boasts career defining performances from Willem Dafoe, and Robert Pattinson as lighthouse keeper Thomas Wake, and first time wickie Ephraim Winslow respectively. Pattison’s Winslow is quiet and tempered at first, though that temperament is hiding an explosive nature. I’ve seen comparisons to Daniel Day Lewis’s performance in ‘There will be blood’ and that’s not a comparison to be taken lightly. Dafoe’s Thomas Wake is a sort of Captain Birdseye for the Lynchian generation, his performance just teetering on the edge of parody. As time progresses, we get the impression that their psychological defences are peeling away like a botched paint job, until they are stripped of sanity entirely, and laid bare for one another to see. The purposefully ambiguous nature of the film ensures that the viewer never truly has an understanding of what’s real and what’s not. This is pure allegory. A story is there, but is secondary to atmosphere, visual motifs, and a deep sense of paranoia.

The film exists in its own little paradox, so meticulously designed, yet containing so many inconsistencies. It has the demeanour of an old-time fable – yet could not exist without such modern uses of technology. Robert Eggers presents us with a film as intellectually engaging, mysterious, and confusing as the characters portrayed within it.