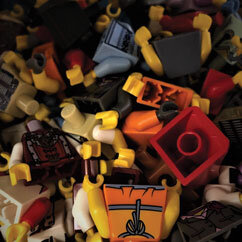 Imagine you could choose a new neighbour based on features of appearance, preferences, and character traits.

You can choose between the following:

a) A strong man with tattoos all over his body and a loud motorcycle in his garage which he often rides.

b) A gay artist that tries hard to make ends meet but will never forget his family.

c) A tall and bold man who listens to classical music the whole day and never comes out of his home.

d) A hobby footballer that watches matches with his friends regularly on his TV.

You might now say: “Oh what an easy decision: I love football, it would be nice to talk to someone about it.” Another thought you might have could be: “Oh no, I don´t really like classical music. I couldn’t hear it from early to late every day.”

And this is totally understandable. All of us have a different taste in not only music, but we also have various interests and preferences.

But now let me tell you something: The football fan is the strong tattooed classical music interested gay artist. Which means all of the listed features belong to the same person.

You might have made an individual picture of each candidate while reading through the list. And this is exactly the point.

We judge far too early:

The tattooed motorcyclist would often be seen as a scary figure. The classical music lover, however, might be considered as an introvert and intellectual.

Have you created a person based on the few features and descriptions I have given?

Yes? Then this shows how “natural” it is that we tend to put humans we see or hear from for the first time into “boxes” based on single attributes (e.g. interest, appearance or a character trait) without even knowing them.

And this is the point where individuals get disadvantaged because they are seen as stereotypical:

The loud girl is dumb, the scar-looking man is dangerous, the shy boy is not funny…

We need to stop judging men and women, boys and girls because of our first impression of them.

We need to stop putting people into categorised groups. Because as you can see we are more than a box, which represents an appearance, gender or single interest.

We are all individuals that cannot be reduced on a group because a box cannot even show a small piece of who we are and how different we all actually are from each other.