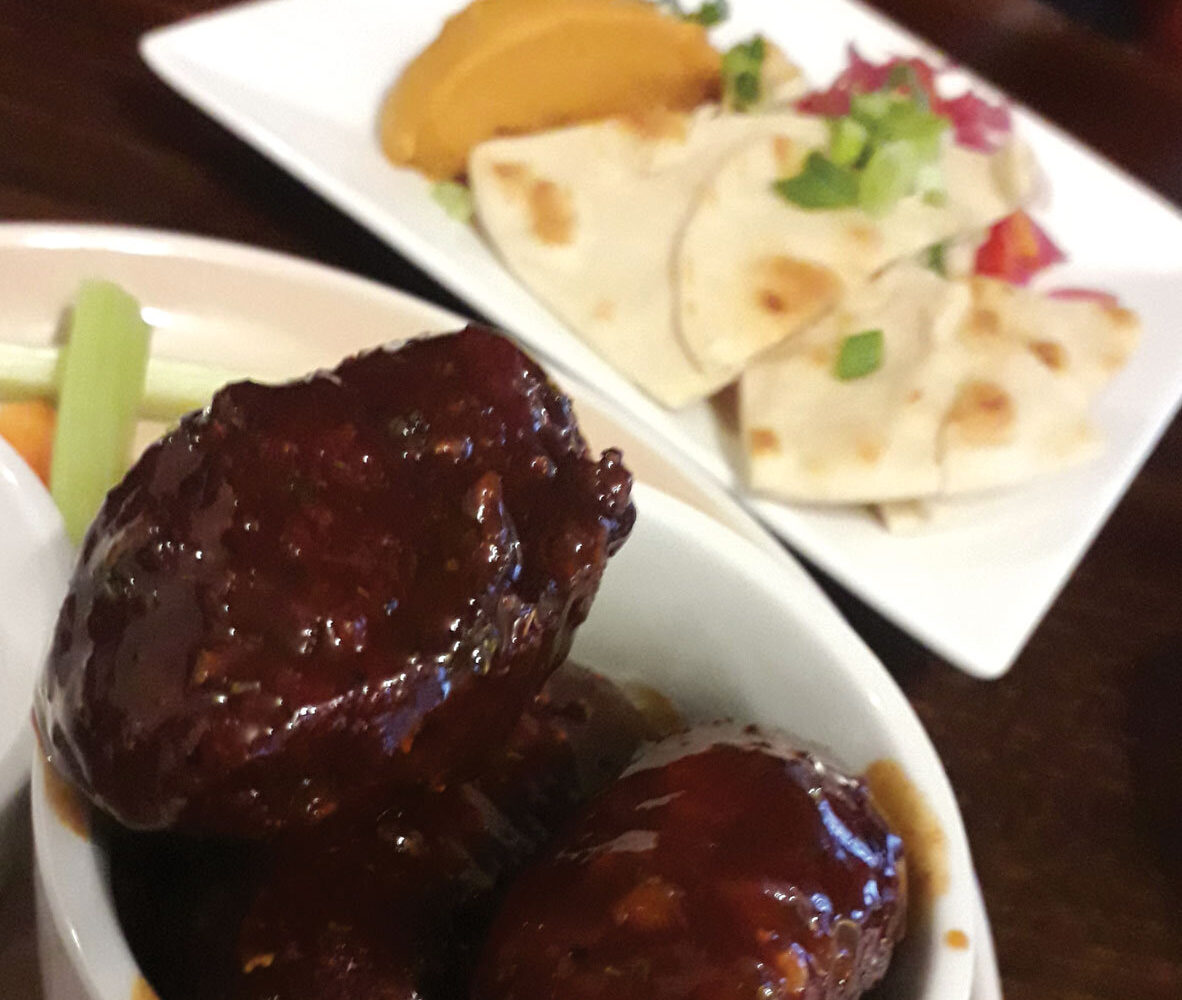 Upon returning from my university exams, I had the privilege of heading straight from the train station to the newly opened Hank’s Pub & Food; a 100%, fully vegan pub. I’m sure many of you are aware of Hank’s Deli that opened in the summer of 2019, a fully vegan café and deli shop that has been hugely successful, both amongst vegans and non-vegans. I absolutely love the deli, and always made it a priority to visit when home from my studies in Guildford, even if I was only home for a few days. So, I was beyond hyped when they announced they had purchased the old Grinning Rat pub, and were turning it into a fully vegan pub, serving alcohol and non-alcoholic drinks, as well as an extensive menu, recreating pub classics without the cruelty!

The whole experience was brilliant! The inside has been done up to look really classy, but also cozy. There’s a great amount of seating, easily accommodating for all party sizes, without being cramped. The staff were so attentive, and friendly, and the owner Geoff, was warm, welcoming and accommodating throughout the entirenight. They also have gender-neutral toilets, which was great to see in Ipswich, as it’s not seen frequently enough in the area as of yet!

Now, of course, my main reason for having enjoyed the experience so much; the food. I took my boyfriend (Alex) with me, who’s not vegan, however he went into it with an open mind, and gave me his honest thoughts. For the starters, we had the cheddar plate, which had a generous serving of handmade spreadable cheddar, with kumquat and fresh bread, and then sticky BBQ seitan wings. The cheese was super tasty, and had a lovely bold taste to it, that paired excellently with the fresh, warm bread and the sweet, tangy kumquat. However, the seitan wings were Alex’s favourite thing of the night. The sauce on them was very rich and tasty, and the wings themselves were juicy and full of flavour. The wings come with three choices of sauce, and so when I next manage to schedule a visit, I’m definitely going to be trying out the buffalo glaze and hot sauce.

Next, we dove straight into the main courses. What I loved about their menu was that they had recreated pub classics; they hadn’t gone for brand new creations, which is great if, like me, you love a classic pub meal with your pint! Options included a creamy pasta dish, a seitan steak with all the classic trimmings, as well as nonfake-meat options such as sweet potato gnocchi and a jackfruit and bean burger if fake-meat isn’t your style. I went for the vegan fish n chips, whilst Alex opted for “The Burger”; a vegan pattie topped with cheese, bacon, onion rings and gherkins. I loved both meals, but the burger topped if for us! Alex wasn’t as big a fan of the fish, so maybe if you’re taking your non-plant munching friends along, advise them choosing a different main, but he agreed that the batter was beautiful, and that the homemade tartar sauce was an excellent addition.

We were pretty stuffed by this point thanks to the amazingly generous servings (and a pint or two!) but wanted to give the dessert a shot, so we shared the strawberry cheesecake. Geoff and the team make a fresh one every day so the flavours may differ from one visit to another, but the one we had was beautiful. It was so creamy and didn’t have the horrid soya aftertaste that often puts me off vegan cheesecakes. Both of us would gladly have it again… and again… and again!

On the whole, I had a fantastic experience at Hank’s Pub and Food and recommend it to both vegans and those who want to consider veganism, or perhaps love their pub dinners, but are looking for a healthier, kinder alternative. They cater for many allergy intolerances, too, and have an excellent drinks menu if you’re just after a quiet drink or two. I can’t wait to visit again on my next visit home from uni!