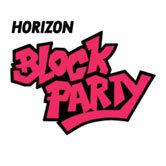 This game hasn’t been released yet but there should be a Forza Horizon 5 at some point; I’m focused on Block Party because that’s the station I regularly play. It’s my favourite and if I include all the radio stations, then this list would be too long. Here is my list in no particular order:

The powerful chorus from Kid Cudi, the cold verse from Pusha T and the strange but vibrant sound effects from Kanye, which add to the action packet adventure, is great for high speed driving and wanting to beat enemies.

I like the eerie production and the energetic flows and chorus in this track. I also like the gunshot sound effects in the intro which add to the “Energy”. This song would be excellent for people at a festival jumping up and down, which is what this game is based on.

It was only quite recently I got into Lovell’s music and most of my enjoyment for his music came from his music being featured on videos of performance cars driving and drifting in high speeds. Imagine incorporating that same vibe to Forza? This would be a great addition to Block Party.

This song has a lot of car references scattered and the instrumental bops with these soft snares and drums and a nice melodic synth pattern. This song is a reference to his 92 Explorer (below). I would add, this song encourages Forza players to breeze through fast in a well customed car.

The most recent song on this list is part of Young Thug’s recent album “So Much Fun”. I also like the triumphant trumpets and the catchy chorus form Gunna. Young Thug goes in pretty charismatically too. From those trumpets alone this is a great track to celebrate first place.

Perfect for cruising to a victory, I love how the beat is constructed and the outro is just amazing. This track is both calm and energetic at the same time. This is a perfect all-round for cruising and driving recklessly (in the game) so another one of my additions to the soundtrack.

This track features a bass-heavy beat with a cold and dark piano coupled with excellent verses from both people. This song was also featured in “Need for Speed: Payback”. This is probably one of the most energetic trap song tracks I’ve heard.

Whenever I hear this song I imagine donks (see below) bouncing about and cars meeting up with flashy cars too, this can also be suitable for drag races too. I mean one of the reasons why people play Forza is for customisation so it makes sense to add this song.

This has an inspiring chorus an energetic and aggressive boom bap instrumental with aggressive verses from Kendrick and Dre. The first thing we need for a race or a championship is motivation and this track has it. Another addition I would shortlist.

This is a song that I play whenever I play a game because the instrumental is one of a kind in terms of energy thanks to its sleek snares and drums. I also like the verses from Meek and Tory Lanez to contribute to the energy. Just for these reasons I want to add this song to Black Party.

This has an energetic beat and a good chorus from Sheck Wes and a “Rodeo” style verse from Travis Scott meaning it’s great and I would imagine endless avatars racing to this so another consideration.

Denzel Curry hops on a very mainstream beat produced by Tay Keith and this combination is actually good because of the well done verses and chorus from Denzel Curry and the instrumental hits hard. People can relate to mainstream production and Denzel brings plenty of energy, racers get motivated so this is a track which I should add.