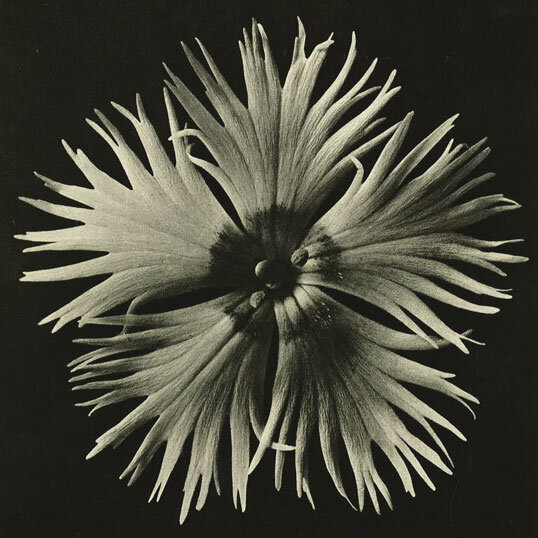 Work by a botanical artist who was studied at school by Suffolk superstar Ed Sheeran is among items selected for a new exhibition currently on show in the Ipswich Art Gallery.

Art Forms in Nature features works on loan from Hayward Gallery Touring and among the highlights are 40 photographs by the influential Karl Blossfeldt, whose “blown up” images revolutionised nature photography almost a century ago.

Ed, whose own Made in Suffolk exhibition at Christchurch Mansion is attracting audiences from around the world, was a schoolboy in Framlingham when he learned about Blossfeldt’s work. He is mentioned in one of Ed’s sketchbooks on display.

Also featured at the Ipswich Art Gallery (next to Ipswich Museum in High Street) are works by Suffolk artist Guy William Eves and notebooks by Leslie Green, an Ipswich car worker whose life took a new direction when he discovered a book about mushrooms in a local car wash.

Another noted fungus fan was George Maynard, who made wax models from his own sketches. Bird books by John Gould, pictures by Ipswich Museum’s former Keeper of Natural History Francis Simpson and educational aids by the celebrated John Henslow complete the exhibition.

Museums Manager James Steward said: “We are very grateful to Hayward Gallery Touring for the loan of these exciting works. Hanging alongside our own collections and some truly inspirational art from Guy William Eves, these are certain to be a popular attraction. If you love art, nature or photography, you will love this exhibition.” Open until 23rd January 2020.