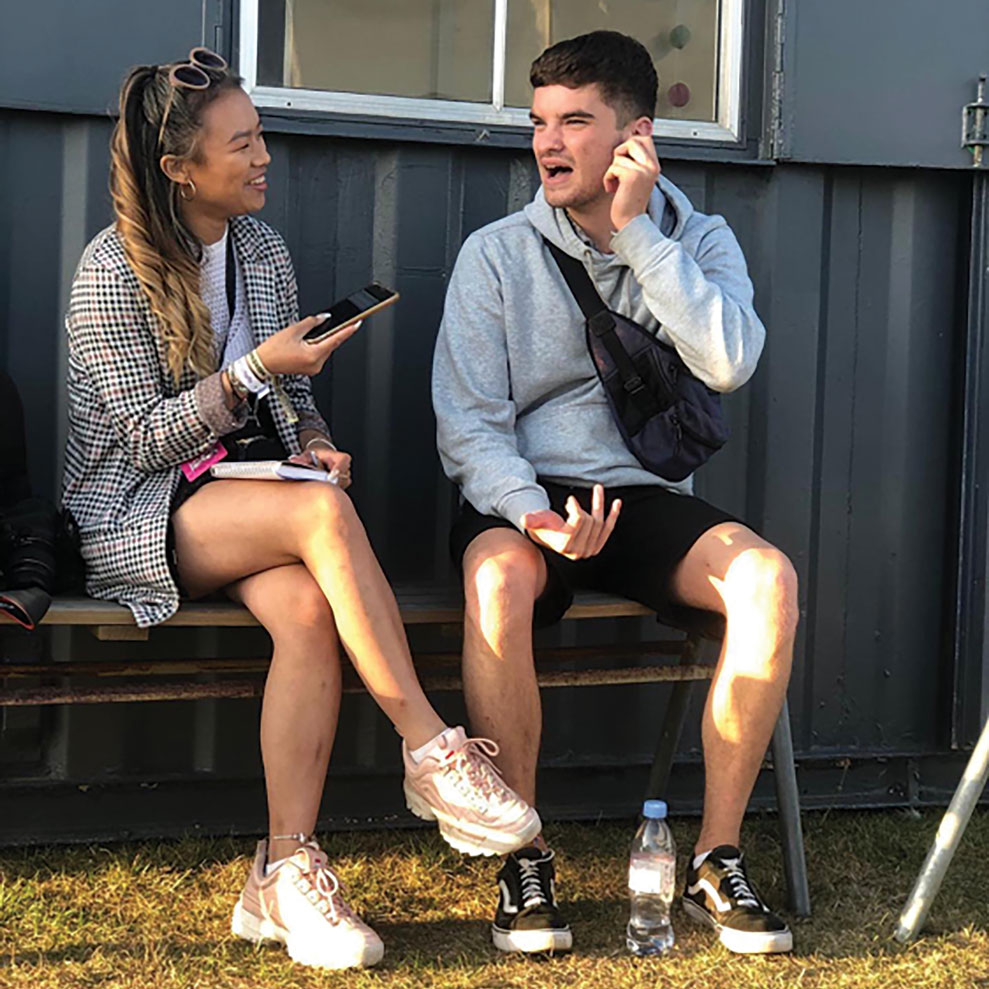 Clothing stalls were provided with festival themed clothing and some more suitable and comfortable attire such as hoodies or ponchos. There were a variety of different rides, and stalls for air brush tattoos, and accessories stands with bucket hats, bum bags, handmade bracelets, face paint and glitter and all fun things to spice up people’s festival looks.

I am current a year 12 student studying media studies, film studies and drama for A levels. I’ve always had an eye for photography however never had an experience to go and try it out professionally and also it isn’t offered where I am studying and now I that I’ve had that experience, I want to explore it more. This experience is definitely something I would take on in a heartbeat if given it again. If not for Student Life and this opportunity I would’ve just left photography.

I, Phoebe Cheung, was sent to the music festival Sundown which took place in Norwich, where I interviewed 19-year-old Jordan Phillips who studied at Access Creative college. The college helped guide him in the right direction of becoming a musician and arranged opportunities such as playing in the VIP area at Sundown 2019. Jordan currently has one song out on Spotify called “I wish you darling” which he spent a lot of time working on. The song is about someone he went to primary school with and was close with all the way to college and hasn’t heard from them since and is wishing her the best with what she is doing in life. Jordan is currently working on producing more music.

What got you into your career?

“I never really did music when I was younger, I would take acting and stuff like that. When I was 14 I got into Ed Sheeran, you know like it always does with guitar boys and so after seeing one of his gigs, I really wanted to get into something like that and so I picked up my sisters Ex boyfriends guitar and I started playing and singing.

“with me I normally just pick up my guitar and start strumming and playing around with different notes and words just come out and I think the words just follow the tune and the mood.

What was your first big gig?

“My first proper gig was when I flew out to the Channel Islands and it was a festival and I think it was a big one as I was on a plane and I thought this is mad! And the college gave me the opportunity to do this”

Is there anyone who you would like to collaborate with?

“I would like to collaborate with Post Malone, I think that would be so sick as he’s such an amazing artist, but we
will see…”

What is your advice for someone wanting to get into the music industry?

“Well I never took music in high school, and so what really helped me was going to music college as it helped me to have a better understanding of the industry and how to write music”