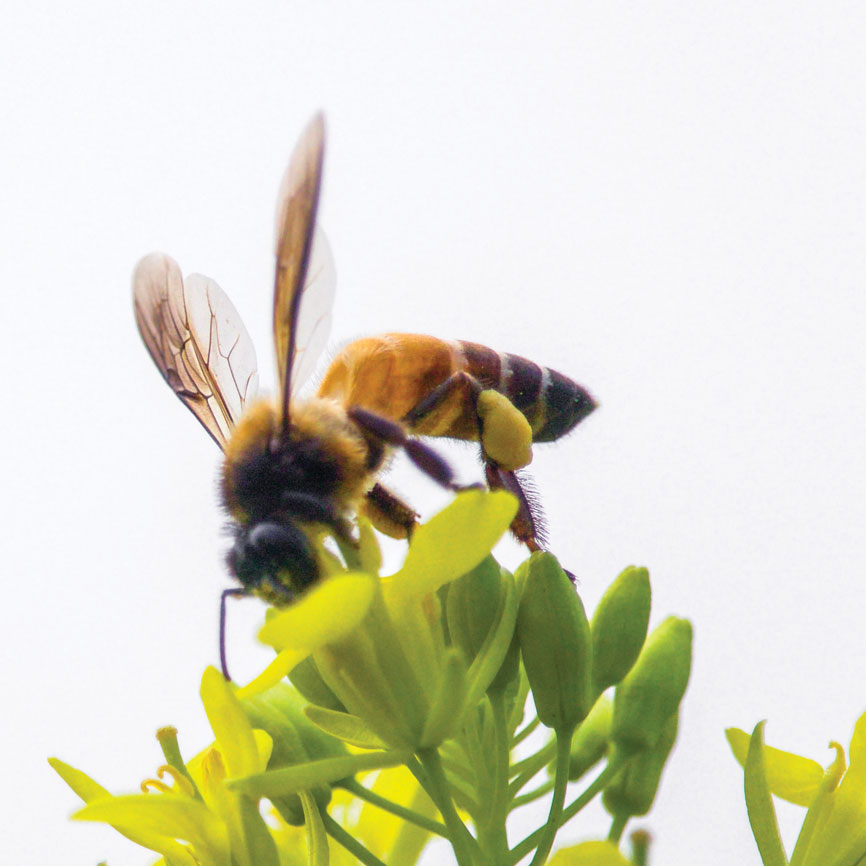 Native plants are plants that originated in England; they were not bred for us by horticulturalists, or imported from another country. Examples include lavender, heather, cornflower, and crocus. Any native plant will attract more pollinators than non-native (with purple attracting the most, due to some pollinators seeing in ultraviolet), regardless of colour. Remember, use a variety of shades, sizes, colours and vary the time flowers flower to attract the most pollinators.

This distinction between native and non-native plants is fundamentally important if we are going to be able to support and reverse the decline of pollinators. Studies suggest that “based on the areas they occupy, one-third of wild bee and hoverfly species declined between 1980 and 2013”.

If this decline continues, then it will have social, environmental and economic consequences for all of us. Social, because each 3rd mouthful is estimated to be reliant on pollinators. For example, all of the Big Mac ingredients require pollination (except for the two beef patties and bun).

Bees alone, economically “pollinate 70 of the around 100 crop species that feed 90% of the world”, according to the BBC.

Losing our pollinators will be the gateway to losing our flavours of our diet, other organisms reliant on pollinators in the food web and possibly endanger our survival. Planting native plants can help to reverse this reality and will make your garden a gateway to saving this crisis!