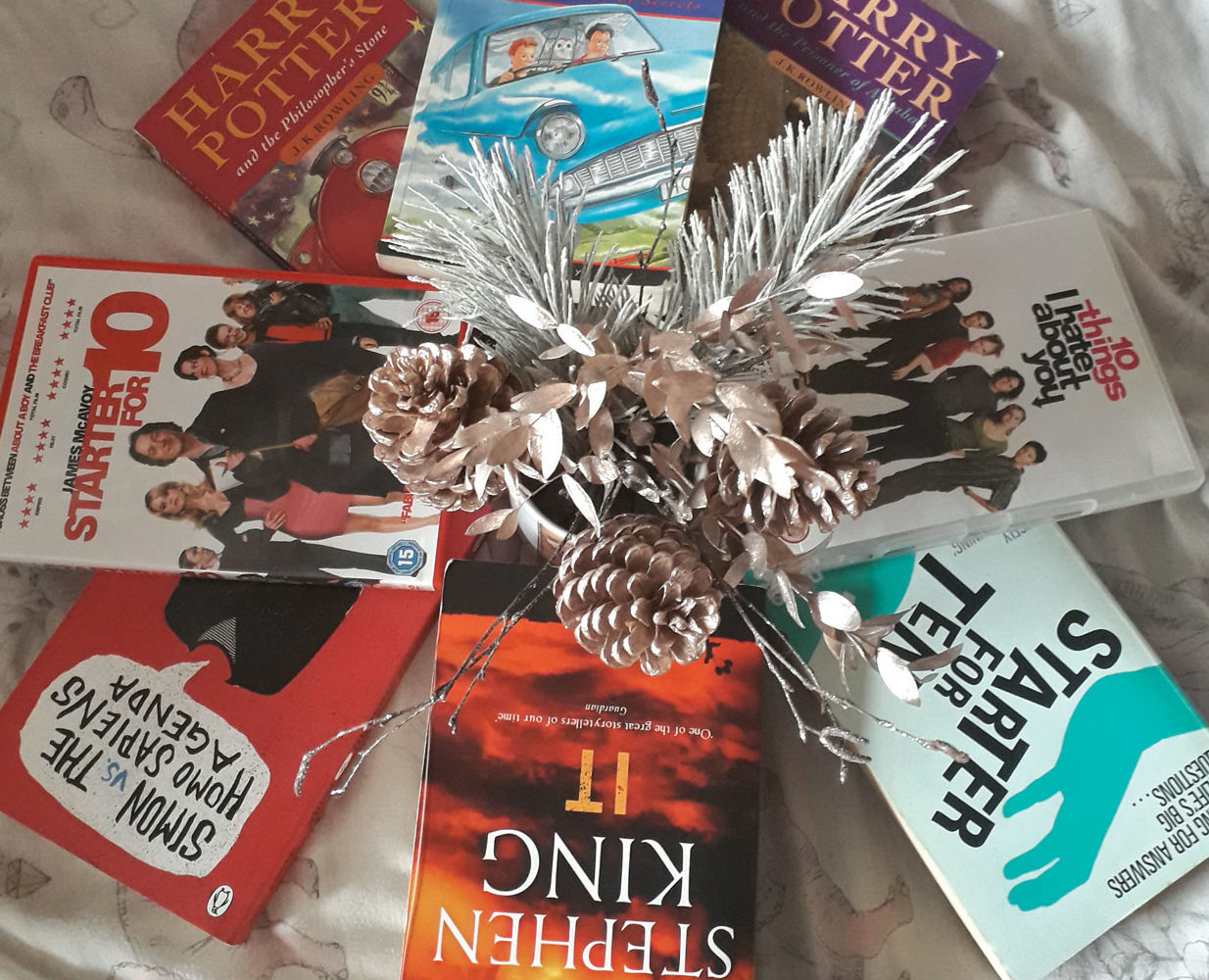 ‘The book was better.’ I feel like that is something of a mantra in my life. There is no doubt that all of us at some point in our lives have either told someone about how much better the book a film was based on was, or we’ve heard it thrown at us when trying to gush about how much we loved a movie. Whilst this is of course a subjective topic, it’s hard to argue against the fact that books are often far richer, as they have more space to flesh out the plot and characters, which often results in the movies chopping scenes, or even characters out. Today, the majority of young people prefer to watch a movie, understandably, as we are often sick and tired of reading after a day of classwork. However, if you are keen to read more, I’ve come up with an awesome selection of books that have had movies based on them. I reckon you will really enjoy these if you’re also a fan of the film adaptation!

How could I not include this series?! Seriously, how? This series is already a classic and features one of the most complex storylines I’ve ever read, rife with joy, sadness, heartache, love, grief, and friendship. We’re all familiar with the story of the series’ namesake, and if you loved the beautiful richness of the films, then you have another thing coming with the books!

Starter for Ten
by David Nicholls

We all remember that quirky early 2000s film, set in the 80s, starring James McAvoy and Benedict Cumberbatch, right? If you loved this movie (which I highly recommend you watch if you haven’t already) for its witty humour and pinpoint representations of the chaos that is young love, then you will adore the book. This book genuinely makes me laugh out loud, and the protagonist Brian’s narration is so goofy and clumsy, I guarantee he’ll earn a place in your heart.

Taming of the Shrew
by William Shakespeare

Many people don’t realise that the super-popular 10 Things I Hate About You (1999) is actually a modernised retelling of this Shakespearean classic. Yep, that’s right, the Heath Ledger film that won all our hearts is actually based on Shakespeare! Whilst I personally don’t recommend reading the play without seeing the film as the play is very bizarrely written and hard to follow in printed format, if you familiarise yourself with the glorious film adaptation, then you’ll be sure to get a kick out of this classic tale.

Simon vs. the Homo Sapiens Agenda
by Becky Albertalli

Whilst I wasn’t the biggest fan of the film adaptation titled Love, Simon, the book the film was based on was great. This is an incredibly heart-warming LGBT and coming-of-age tale that deals with so many dramas of teenage life, as well as the main protagonist’s struggle with coming-out before he intended, when his online romance is hijacked. Although the book is Albertalli’s debut, and so not the most incredibly written book, the characters will capture your heart, and makes for a thoroughly entertaining read.

IT
by Stephen King

For all you horror lovers, I couldn’t leave out this novel. This is inarguably one of my favourite epic tales, and I’m a huge fan of both the modern adaptation (big hype for part 2!), and the TV mini-series starring Tim Curry. I understand that this is a very intimidating book, with a whopping 1479 pages, but it is worth every moment you put into it. The book has far more social commentary than the films ever touched upon, and the elaborate nature of Pennywise’s origins is incredibly alluring. More so, you’ll finally learn the meaning of the iconic line “Beep Beep, Richie!” that everyone knows, but no one seems to understand!

If you’re someone who perhaps struggles to find the enthusiasm to read, then starting with books that inspired your favourite films can be a great starting point, as it makes the plot easier to follow, and the characters easier to visualise!