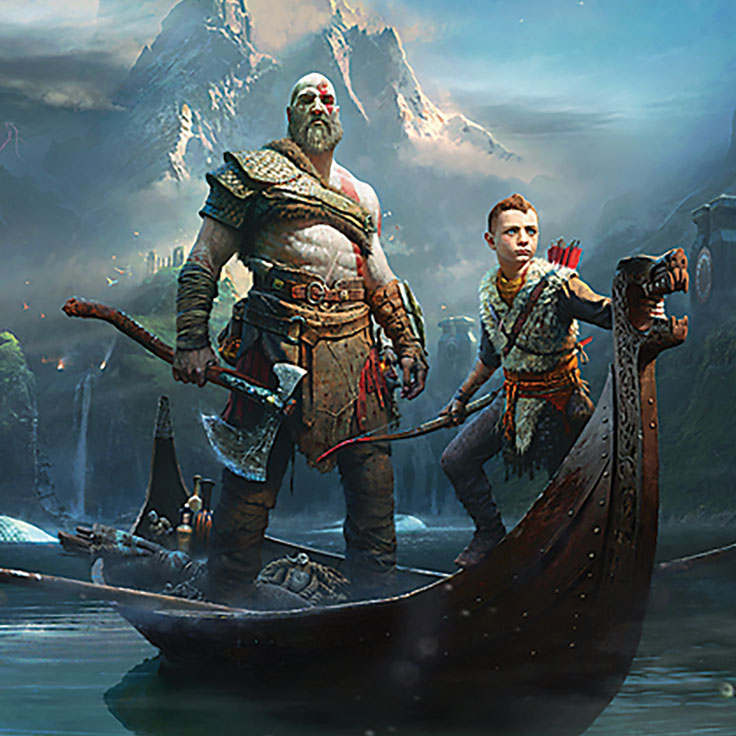 God of War is the eighth title in the God of War franchise. It was released on April 20th 2018 but remains incredibly popular. The game also won Game of the Year in the game awards last year. But it wasn’t exactly a surprise that it did, the storytelling and beauty of the game is like no other.

The game is heavily based on the story and the development of the characters, especially Kratos’ and Atreus’ father-son relationship. Atreus bonded much more with his mother, but now it is just him and his father, it is very awkward and at the start of the game, they seem to act as if they are strangers. There is no connection between either of them. Kratos begins very cold, he only refers to Atreus as ‘boy’. Although, the dialogue and their conversations can be quite funny at times, just because of how sharp and ‘real’ Kratos is.

A truly amazing feature of the game is that the scenes never cut at all, from the title screen through to the credits, unless you die. It’s not something everyone picks up on, but as soon as you realise, you notice how much of an effect that actually had on the experience.

The combat itself is also fantastic. Kratos’ main weapon in this game is the Leviathan Axe. With this axe you start off with light/heavy attacks which can be upgradable throughout the game. You throw the axe into an enemy, press the triangle button to recall it, and it will fly back into your hand. This mechanic is so good and it feels incredibly smooth, especially with the rumble effect from your controller when the axe reaches your hand. You will definitely need this axe to help defeat the many enemies that you will face. The most common enemy is the Draugr. These are undead characters that will pop up from underground randomly, although, they are pretty easy to deal with and aren’t too powerful. But you will come into contact with enemies called Revenants. They can perform very dangerous attacks and are basically immune to some weapons, including the axe, making them harder to beat.

I couldn’t recommend this game enough, it’s so incredible and stunning. If you haven’t played it already you definitely should, maybe even let me know how you find it! 5/5