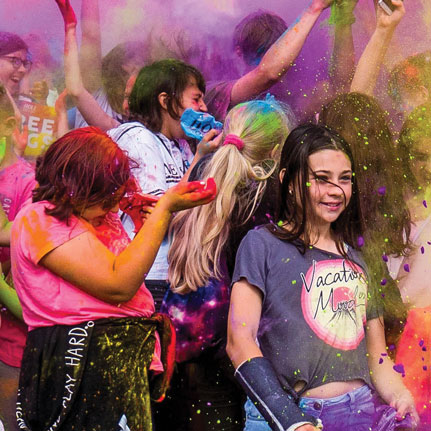 One of the most recognised and diagnosed personality disorders is borderline personality disorder. Someone who has this diagnosis tends to have disturbed ways of thinking, impulsive behaviours, and difficulties in controlling their emotions. They could have unstable relationships and worry about people abandoning them. There are many other types of personality disorder, too many to list, however to form a better understanding let’s discuss the three clusters.

There are very strong feelings within society on the name for these mental health difficulties; tell me would you feel comfortable being told that your personality is disordered? The name often brings feelings of shame and embarrassment on those with the diagnosis; it has been discussed through studies whether the name is appropriate. It is also one of the mental health disorders which receives the most backlash and stigma. ‘There’s something wrong with them, not their mental health’.Often people who are diagnosed with borderline personality disorder also self-harm, this attracts a lot of negative attention within society. Having the diagnosis of a personality disorder and as a ‘self-harmer’ can be devastating to someone’s mental health, let alone the difficulties they have with it already. Often people are branded as ‘purely attention seeking’ and ‘not actually mentally unwell’. Some people find the diagnosis of personality disorder unhelpful and that they endure more stigmatising, though this isn’t the case for everyone. Some people find the diagnosis helpful, enabling them to understand certain things they do.

I have been diagnosed with a personality disorder, and for a very long time I found it difficult to come to terms with. For a long time I thought that the problem was me, rather than a struggle with my mental health. As an example it’s like saying someone with personality disorder has fractured their leg and the person with bipolar disorder has broken their leg. Instantly it’s like, well the broken leg is worse? No. Both conditions are painful, have impacts on daily life, can cause you to take time off work, require intervention, and can be extremely stressful – so why can’t we have that understanding with mental health difficulties? A fractured leg wouldn’t be dismissed and would be treated as cautiously as a broken leg, however, unfortunately it isn’t unusual for someone with a diagnosis of personality disorder to receive less treatment than that of someone with a diagnosis of bipolar disorder. With the correct education and understanding the stigma surrounding personality disorders should reduce dramatically.

I find it a lot easier to live with my diagnosis now, I have educated myself and it has enabled me to understand better why I am the way I am. I’ve learnt to accept it and be the best person I can be. I’ve learnt to be open and honest about my diagnosis with the people who matter most and although I still sometimes feel nervous about telling people, I am learning to embrace it and not let it control my life or my identity. Just like I am gay, I also have personality disorder, this doesn’t mean I’m a horrible monster to steer clear from. I believe I have a good amount of friends, a loving girlfriend, I’ve got a degree in nursing, and can hold down a full-time job – just like you, I can live a functional life as Leanne not as the girl with a personality disorder.

I hope that this article has helped people understand more that though the name suggests that there’s merely something wrong with someone’s personality, that it goes much deeper than that. People suffer with mental health problems for many reasons, and this is just the same for personality disorders.

Fairly recently it was discussed that it is likely that I suffer from Borderline Personality Disorder (BPD). After being told over many years that my diagnosis was anxiety and depression, I was quite worried, I didn’t really know what it was. What I did know though, was that it seemed to be quite stigmatised so that worried me even more. But, I did a bit of research and turns out, it is way more common than I, and I think many people, realise. Honestly, it was a relief to read the common symptoms of BPD because I resonated with so many of them.

I never really felt like it was just anxiety and depression I suffered with, it always felt like something more than that.

There are a lot of day-to-day thoughts and feelings that come with BPD. This includes, fear of abandonment (family/friends leaving you), experiencing very intense emotions and not having a very strong sense of who you are. The fear of abandonment symptom is particularly strong with me. I tend to feel very insecure in my relationships/friendships and I get afraid that I am going to lose them. Having very intense emotions is also a big struggle. It’s like, every day-to-day emotions are felt at x100. If I’m generally feeling low or something upsets me, it’s felt to such a degree it’s very hard to control. Or if I’m excited about something, I tend to get incredibly hyper or ecstatic. Sometimes the opposite will happen and I will have days where I don’t really feel anything and I am completely empty. BPD can also lead to dissociation. Dissociation is known as feeling disconnected from yourself or everything surrounding you. It’s quite a subjective experience. I experience it as feeling as if I’m just watching myself from the outside – that I’m not really ‘in’ my body – and sometimes I feel as if I’m a stranger to myself, not really knowing my identity.

BPD, and any mental disorder, is experienced differently by everyone. No one experiences anything in the same way. But, if you feel as if you may suffer from this, please consider getting an appointment with your GP or getting in touch with one of the contacts in the back of this section.