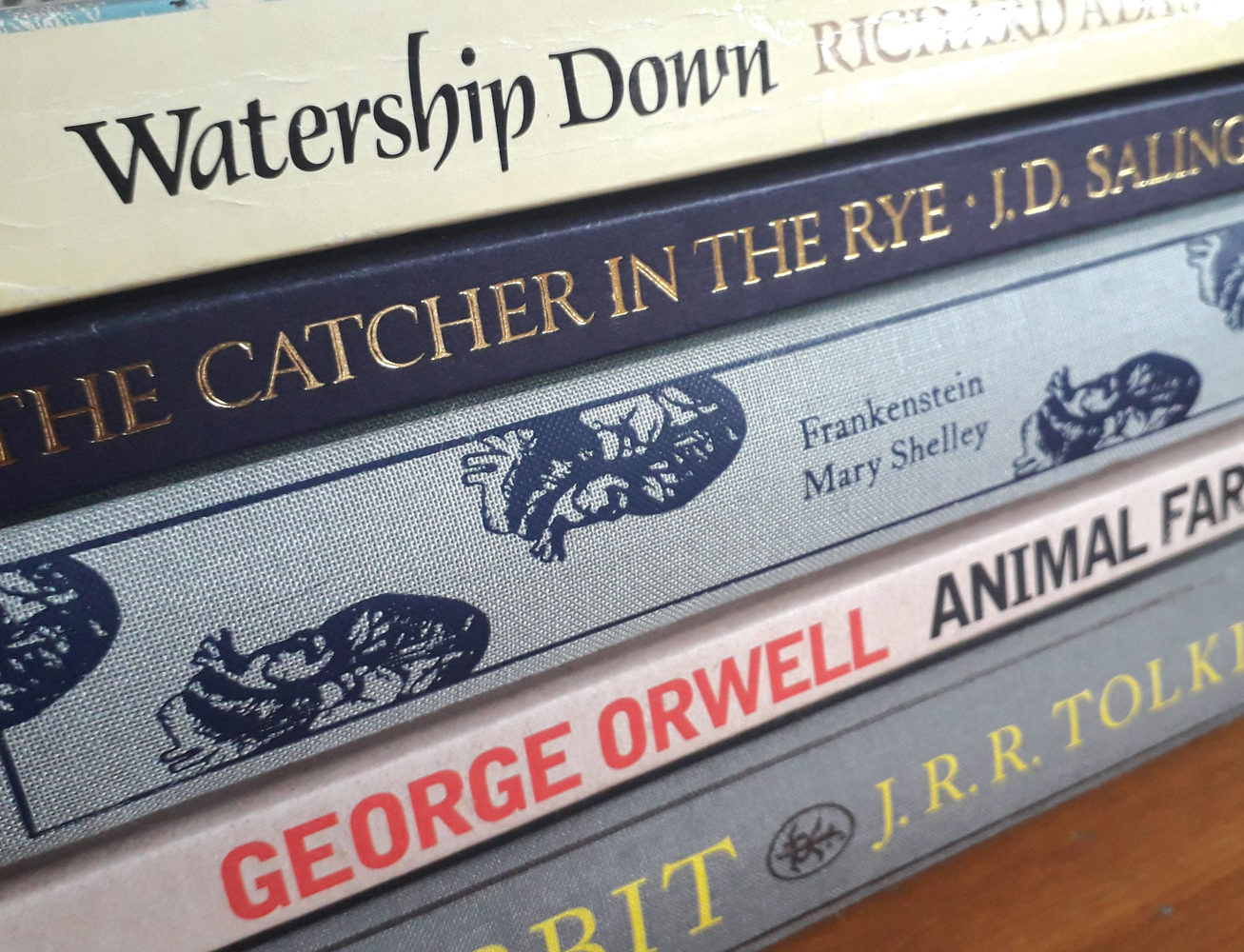 Classics are very much defined by their impact on society and their legacy, as opposed to how well the book is often written. Some classics, such as Orwell’s 1984 and Huxley’s Brave New World have phenomenally poignant messages, but in regard to how they’ve been crafted and how characters develop: SNOOZE! Here, I’m going to share my five favourites that have both an amazing plot and are executed beautifully. These are books for anyone who is keen to get into classics but is a little intimidated
by them!

Watership Down
by Richard Adams (1972)

Watership Down follows a group of anthropomorphised rabbits who are seeking out a new safe haven after Fiver has a horrifying vision of their warren’s imminent destruction. The group travel to Watership Down, a genuine town located in the West Sussex Moors that Adams himself lived nearby in his younger years. What I love about this book is that not only is it beautifully written with a great pace, with its focus on a group of very diverse yet all loveable rabbits, but the creation of Lapine, a language created by Adams which the rabbits speak in. The book is very emotional but handles all its epic themes fantastically throughout which makes it an exhilarating read.

This book follows seventeen-year-old Holden as he struggles to get to grips with 1950s culture in Southern California. Quite possibly one of my favourite narrators in a classic, Holden’s character experiences so much angst and alienation in response to his perceived superficiality of modern society. The book is one of the most censored books in history, due to endless misinterpretation of Holden’s role as an icon of teenage rebellion. Whilst the book throughout seems to be about societal rebellion and the damaging effects of society, through Holden’s eyes we eventually see his true intentions: to maintain his innocence and the innocence of generations to come.

If you’re looking for a slightly spookier read, then Mary Shelley’s Gothic masterpiece Frankenstein is the way to go. I have read this novel endless times and every time it offers new interpretations. It is a novel that many of us know the plot to, but not the meaning behind it. Victor Frankenstein creates life from death, assembling a ‘Monster’ from body-parts he came to possess through grave-robbing. By the end of the novel, we are made to question who the real monster is: the hideous creation who goes on an alienation-fuelled killing spree, or Victor for having played God and twisted the boundaries of nature? The story is emotionally fraught with caution and foreboding against a scientific movement, whereby instead of discovering the work of God, we begin to create our own.

Quite possibly my favourite novel on this list, Orwell’s foreboding of the unavoidable downfall of communism is communicated through the story of a group of farm animals who overthrow their human captors and make an equal society of their own. But this equality doesn’t last and soon the cracks in their ideology shine through. The novel has one of the most chilling concluding sentences of any novel I’ve ever read!

Anyone who knows me in person is probably gobsmacked that this final one wasn’t The Lord of the Rings, as it’s irrevocably my favourite novel of all time, and I re-read it annually. However, I thought that the 300 page prequel would be a better starting point than the 1,049 page epic trilogy! The story of Bilbo Baggins’ adventure with the Dwarves in search of the Arkenstone to reclaim the Lonely Mountain and their treasures from Smaug the Dragon, is one of the most loveable, heart-warming tales around! Tolkien incorporates themes of personal growth and heroism, inspired by his experiences as a WWI soldier, making for a very poignant but very fun read!