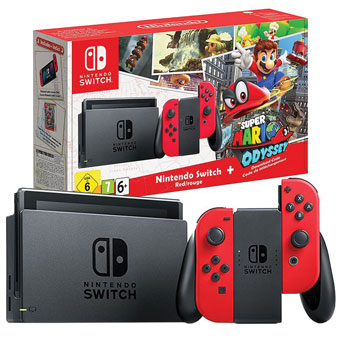 In Super Mario Odyssey, Mario embarks on a big, 3D adventure, visiting various kingdoms via the Odyssey, such as the Metro or Seaside kingdom, with his new found companion, Cappy (you guessed it, he’s a cap!). He provides Mario with several different powers while Mario wears him. One being, you can throw Cappy on to selected characters in the game which you then become and can play as. But you can also use him as a weapon in all the boss fights or when you encounter ‘enemies’, such as, Goombas. Mario and Cappy have teamed up due to Cappy’s sister and surprise surprise, Princess Peach, have both been kidnapped by Bowser. In order to save them, they have to make their way through the kingdoms, defeating enemies and bosses, completing puzzles/challenges until they reach the final kingdom and have to defeat Bowser – which definitely isn’t as easy as it sounds!

To get to the next kingdom each time you have completed one, you have to fuel the Odyssey (the ship) with Power Moons. You have to find these moons which are either hidden throughout the kingdom or, you have to complete challenges to receive them (there can be around 70 moons per kingdom and around 999 in total!) Also, alongside this, throughout the game, you can collect additional tokens, separate to coins. They are purple (which differ to normal coins, being gold) and can be used to buy items for display in the Odyssey or special outfits. These can vary from a formal suit, to swimming trunks with goggles or the 8-bit outfit which changes the display of Mario to how he appeared in Mario 64.

There are many amazing elements within this game, including the sound track and beautiful visuals, the game truly looks stunning. It’s also such a feel good game (as Mario games tend to be!) – you definitely can’t play it and feel sad! It is so so fun, especially when you throw Cappy onto a T-Rex and you can rampage and stomp around one of the kingdoms. Not only this but it’s so easy to get your head around the controls, within the first hour of playing the game you will feel like an absolute pro already. Overall, especially if you have a Switch, I seriously recommend this game.