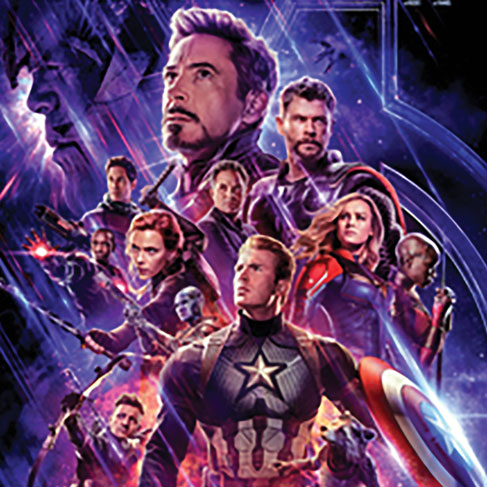 Recently I have seen Avengers: Endgame. As I am a massive fan of all Marvel Movies of course I had to go and see the end of an era. The expectations for the movie were massive and I can say that it did not disappoint. The movie had everything from action, sadness, laugh, emotion, which added to the wow factor that made the movie be the best movie from the saga that Marvel Cinematic Universe (MCU) is.

I will assume that by now most of you have already seen the movie and I will go ahead and write a little bit about what impressed me the most in the movie. One of the things that I probably did expect to happen in the movie is the Iron Man’s death; he was the one that started the saga, so it was fair to end it with him although I am sad that he will not have the chance to see his daughter grow but I guess that is a consequence from saving the world from Thanos. Another thing was the old Captain America ending; I am happy he had the ending he always wanted and had his life with Peggy however a world without Captain America/ Chris Evens it is not the same. I was shocked when Black Widow died as I definitely did not see that coming, I was  annoyed that she was the one that tried to hold everything in place after Thanos but still she was the one that sacrificed herself to save everyone else, but she never saw how everything ended.

A little tip just in case you have not seen the movie yet: the first hour and a half it is a bit static then the rest of the movie, however, it is not boring and it explains how every hero deals with its problems in its own way and what our heroes have to do and the journey they have to take in order to save the world and bring everyone back.

I hope everyone feels that Avengers: Endgame it is the best movie ever that Marvel Cinematic Universe released as I believe because it is definitely a movie that I will see again even though I have seen it already 3 times.