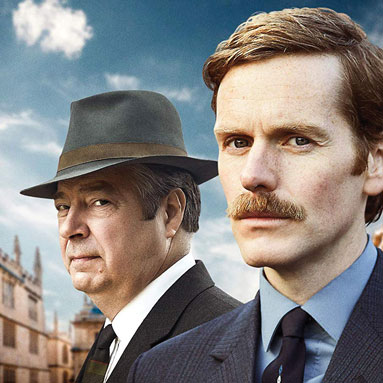 Now in its sixth series, ITV’s Endeavour (2012-) is more popular than ever, with each series picking up around 7 million viewers, growing the interest for the long-standing Inspector Morse series.

For anyone that hasn’t yet seen this T.V detective drama, and by the way I suggest you do because it is one of the best, this show explores the young Endeavour Morse’s beginning career as a detective in Oxford. Set during the 1960s, this extraordinary series delves into the dark, gripping and mysterious crimes committed by the expected and unexpected, and it’s great! As a lover of most detective dramas, I do have to favour Endeavour.The soundtrack is beautiful, the actors are quite incredible, and who can resist a whodunnit?

This isn’t your regular detective drama, there’s a subtle complexity to not only the regulars but the guest stars as well. Each twist and turn is carefully placed within the narrative, and sometimes if you blink, you’ll miss it.

This series was more intense, as the show is now at the end of the 60s and slowly moving into the 70s, things have changed within society but also with the characters. Dodgy coppers, hard drugs, and a Morse moustache are the three big changes in this series. There is an obvious difference from the last series, as Endeavour has moved into new territory – think The Professionals or The Sweeney.

Connections and subtle Easter eggs which pay homage to both Inspector Morse and Lewis have been featured throughout the show’s run as well as this series, which is great for any fans of those series. Originally, this series was a write-off for most, people already knew how it ended and John Thaw was so beloved as Morse it almost felt like this series would ruin it. Those people have been proved wrong, very wrong. Renewed for a seventh series and a few more, this show has demonstrated that we aren’t quite done with Morse yet.

Billed with a top-class cast including Roger Allam, Anton Lesser – and of course Morse himself, Shaun Evans. Evans, who I might say is the best actor on the show, manages to capture the Thaw-ness of Morse whilst still presenting his own interpretation of the character.

This may be why so many people love this Morse, he isn’t trying to copy John Thaw, he is a different character but still has an essence of the character that millions of viewers loved.

Evans himself studied Thaw before taking on the role and throughout the series, has included subtle connections between the two of them, by adopting the ticks and mannerisms of Thaw’s iconic detective.

With Russell Lewis writing every single episode to date, it’s no surprise that this prequel has seemingly matched the original in not only the stories, but the characters, the setting, the soundtrack in a beautifully unique style that is not only aesthetically and visually pleasing but makes you really think about what’s being presented to you.

I’ve been watching this from the very beginning, and I’ve enjoyed every episode, every series. Series 2 being a personal favourite of mine, if you know, you know! But I can honestly say this series trumps every single one -which is pretty hard considering the high standard set. A range of emotions were felt by me during this, especially stress, a lot of stress. Endeavour never disappoints and this series has demonstrated that.

Throughout each series, it has become clear to the audience why and how the Thaw’s Morse came to be, but this is most prominent in this series with tragic events really affecting the young Morse we’ve come to love.

Both Inspector Morse and Lewis finished at the 33rd episode. Endeavour is currently at 27. I don’t think we’d be too hopeful in thinking a few more series are still to come.