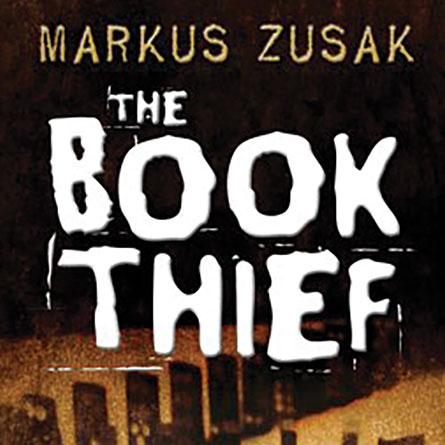 The Book Thief, originally published in 2005, is a historical novel following Liesel, a young girl living in Nazi Germany. The book follows Liesel as she adjusts to life with her new foster parents, Hans and Rosa Hubermann, during the outbreak of World War Two and provides a powerful insight on the typical coming-of-age storyline. We see Liesel growing up under the influence of Nazi rule, and how she and her new family live with the pressure of hiding a young Jewish man, Max.

Zusak presents us with an unusual style of writing as the narrator of the novel is Death. This fresh, new perspective on the events of the war provides a humanisation of the ‘grim reaper’ styled figure that we associate with death, instead presenting him as a resentful, and in some moments, tortured and traumatised narrator.

This unlikely point of view colours the novel with a unique perspective which is one of the many reasons that this book is such a good read. The central themes of love, loss, and mortality resonate throughout the novel’s entirety, particularly in one of my favourite characters, Max Vandenburg. His harrowing storyline of the persecution of Jews, the loss of his father and mother, and his years hiding from the reign of Hitler in the Hubermann’s basement embody the struggle and fear of the Second World War, creating a truly inspiring story to read.

I feel that the delicate balance between truth and drama is perfectly executed in the emotive telling of the tragic lives and hardships that characters such as Liesel and Max are forced to endure during their time alive. And yet, from these struggles great friendships are formed, and I believe that these friendships are vital to the novel’s message: that through suffering comes great pain, but also an opportunity for growth, and a chance for love and friendship to grow stronger than ever.

The Book Thief is an emotional and compelling read, perfectly combining horrific and real events with believable and compassionate characters, this book is a thought-provoking and life affirming masterpiece that, in my opinion, should be read and loved by all.