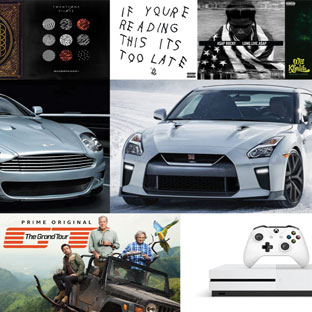 Music: When I was 11 I started listening to bands like “Linkin Park” & “Three Days Grace”. Then as I got older bands like “BMTH”, “Green Day”, “MCR”, “Paramore”, “Twenty One Pilots” and many others grew on me. Then there was another genre I equally enjoyed, Hip/Hop and Rap and I was introduced to artists like “Drake”, “Eminem”, “Asap Rocky” & “Wiz Khalifa”. But there is a variety of different styles of rap whether its lyrical geniuses like “J Cole” & “Kendrick Lamar”, to trap stars like “Lil Uzi Vert” & “Travis Scott”, to a mashup of rock and rap from “Post Malone” & “Lil Peep”.

Cars: Ever since I was a toddler I was always fascinated by the sight of cars. If you place a car in front of me I’ll probably tell you the make within 10 seconds.

I used to record myself playing “Need for Speed” on the PS3 and a lot of other games on Xbox. I also like to watch car shows like “The Grand Tour” and YouTube channels like “Carwow” and I watched film franchises like “Fast & Furious”; also I got into “James Bond” films because of my love for cars. I have also collected a lot of 1:64 scale cars and I have 2 cardboard boxes full of them.

Chatting on Skype: Every weekend I go on Skype to chat with my 2 cousins. They live in India hence I see them in person each year. But this is a good hobby because I can keep in touch with other family members. I also play this game called “Payback 2” which is a bit like GTA but less inappropriate and we mostly race each other and talk about trendy topics as well. Also I don’t really have many friends outside of school except my parents so that’s partly why I chat with my cousins just to end my loneliness.