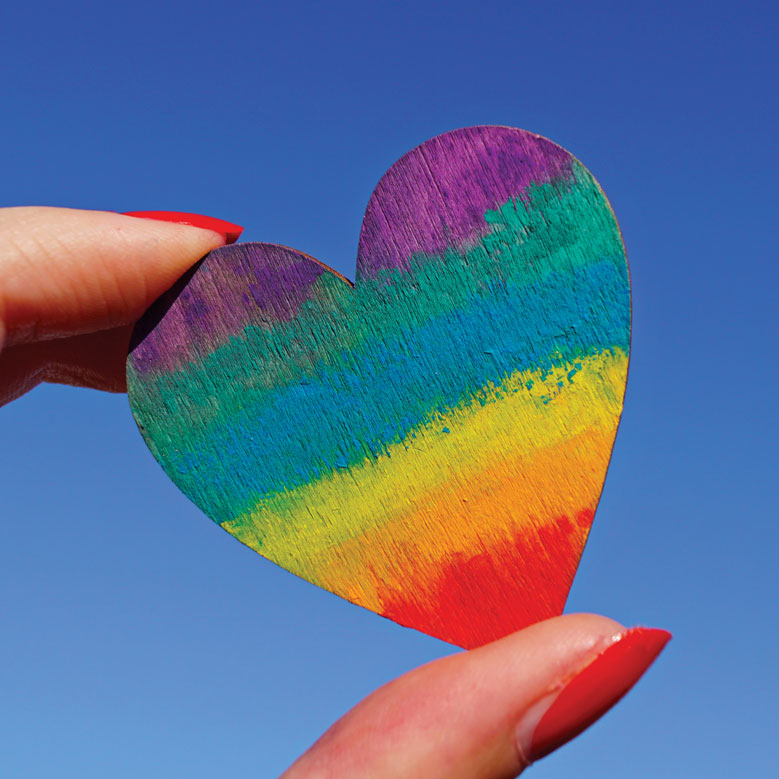 Here’s this month’s LGBTQ’s: breaking the stigma about the LGBTQ+ community, one month at a time. Remember, send any questions you often get asked to [email protected]

‘How do you know you aren’t into (the opposite gender) if you haven’t been with them?’ – Heather
Quite simply, deep down, I know! In the same way that heterosexual people are very certain that they only love the opposite gender, even though they haven’t tried an alternative, anybody from the LGBTQ+ community will tell you, with abundant enthusiasm, that they haven’t tried getting together with someone from the opposite gender. And you know what, that’s absolutely fine. We shouldn’t have to prove that we’ve exhausted all possible avenues before finally ‘picking a side’ – we can love who we like!

‘When did you decide to be gay?’ – Leanne
I didn’t. That’s it. People don’t ‘decide’ to be straight, gay, bisexual, or any other identifier – love comes naturally. Sexuality just isn’t a conscious decision, and your preference comes out through living life, learning who you love, and who you don’t want to be in a relationship with. Not identifying with being straight is much less of a decision, more a discovery. Society teaches us that being straight is the norm, unless we prove it wrong. I believe we should be left to discover more, to experiment and to learn who makes us happiest!

‘Who’s the man/woman in the relationship?’ – Leanne
Nobody is either. We’re people. A relationship isn’t a role playing exercise. It’s not a game, and it’s not a joke. Stereotypical gender roles dominate the common societal view of relationships, to some people it seems that a lesbian with short hair must be the ‘man’ in the relationship, or a gay man with a ‘feminine’ persona must be the ‘woman’. Just as some men aren’t ‘masculine’, and some women aren’t ‘feminine’, individuals come together in relationships whether or not there is the fulfilment of societal norms. I, personally, am bisexual, and am certainly not a traditionally ‘masculine’ man, but that doesn’t make me the ‘woman’ in my relationships – the thought sounds absurd to me!

What stereotypes do you get asked about which you really just want to put to bed? Email me yours, and together we’ll help to break the stigma! [email protected]