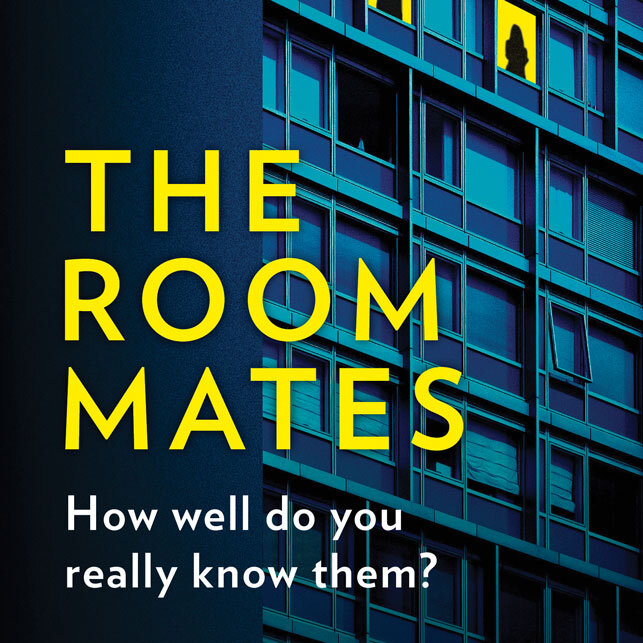 Bestselling author Rachel Sargeant’s latest novel is on target for publication this month with publishing giant HarperCollins, launching Rachel onto their main crime and thriller list.

Set on a university campus and published just as real life students get stuck into their new college careers, The Roommates is a change of crime-scene from Rachel’s previous novels but with yet another shocking twist that won’t disappoint.

Rachel said: “The Roommates is a psychological thriller set in a university. Four girls arrive for freshers’ week and find themselves sharing a flat. All four are holding secrets from their pasts, but when one of them drops out, the other three have to learn to trust each other and work together to find her.

“I wrote The Roommates when my children went to university. It got me thinking about a time I hadn’t thought of since my student days, and campus visits to them just brought that college atmosphere flooding back to me. The stories my son and daughter told about student life were hilarious even though I’m sure I got censored versions. I saw real potential in a psychological thriller that featured a university setting with lead characters who were freshers, away from home for the first time.

“I embarked on writing as a hobby almost 20 years ago and have seen steady progress, winning short story competitions and securing publication in women’s magazines.

“After I achieved a distance-learning MA in Creative Writing with Lancaster University, a London agency decided that I was good enough to take on, leading to a contract with HarperCollins to publish my first psychological thriller, The Perfect Neighbours, and then commit to my next two books”.

The Perfect Neighbours reached the Amazon Kindle Top Ten chart and Number One in the British and Irish Kindle Crime Chart, and made number 45 in the USA. It has since been sold in British and Canadian bookshops and translated into Italian and Czech. Total sales are now well over 100,000 copies.

Rachel said: “I’ll be thrilled if The Roommates does anything like as well as that. The reviews so far have been amazing. Readers like the idea of a thriller set in a UK university.”

Rachel will join HarperCollins’ main crime and thriller list this November with The Roommates.

The ebook became available from
24 October 2019.

Rachel studied German and Librarianship at Aberystwyth University and became a chartered librarian. She took a postgraduate Diploma in Management Studies at the University of West London, and later an MA in Creative Writing at Lancaster University. Rachel’s signing to HarperCollins has given her the chance to launch as a full-time writer. Successes so far include The Perfect Neighbours,
The Good Teacher and Gallipoli: Year of Love and Duty.

Rachel is a previous winner of Writing Magazine’s Crime Short Story competition and has been placed or shortlisted in various competitions, including the Bristol Short Story Prize. Her stories have appeared in My Weekly and the Accent Press Saucy Shorts series.

Rachel grew up in Lincolnshire before taking on challenges in Surrey and Shropshire and then moving to Germany. She now lives in Gloucester.

Do you really know the people you live with?

THEY LIVE IN YOUR HOUSE

University is supposed to be the best time of your life. But Imo’s first week is quickly going from bad to worse.

A stalker is watching her flat, following her every move, and Imo suspects that her new roommates are hiding dark secrets……

BUT DO YOU TRUST THEM?

When one of them suddenly disappears, the trauma of Imo’s recent past comes hurtling back to haunt her. And she begins to realise just how little she knows about the people she lives with……