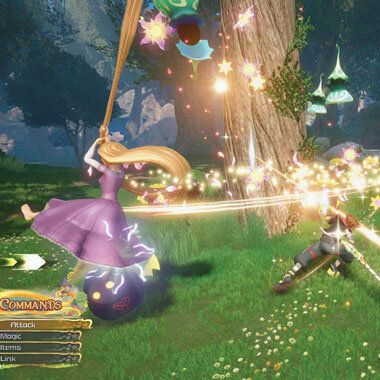 With 2019 drawing to a close, I thought it was time to reflect on my game of the year. There haven’t been many games this year that have made an impact on me after the success of 2018 with Tomb Raider and Spyro but there was one game this year that stood out and that was Kingdom Hearts 3.

I was waiting for this game for a long time (13 years long) and as soon as it was released, I wasted no time in getting and playing it. Kingdom Hearts 3 is the concluding title of the Master Xehanort saga of the series that spans multiple games since 2002 and the title that brings all these games together. I absolutely loved this game! I know many fans of the Kingdom Hearts series were excited but at the same time disappointed with this game, but I wasn’t. For me, there was nothing disappointing about this game at all.

The graphics, storyline and gameplay were really good. I really liked they brought the combat mechanics from Kingdom Hearts 2 and Kingdom Hearts Birth by Sleep together in this game. I loved being able to use Shotlocks as Sora for the first time and loved they introduced Keyblade transformations as well; with Wheel of Fate being my favourite Keyblade for power and its transformations.  I enjoyed travelling to different Disney worlds this time round, it was really refreshing to have the different Disney stories woven into the story arc of Kingdom Hearts. I think my favourite Disney world in this game was probably Kingdom of Corona (from Tangled). There were many times during the game where I was shouting (more like screaming) at some of the answers the conclusion gave me and the twist and turns along the way. When I got to the ending of the game and was able to watch the secret ending, I think that was the point I was screaming the most. The twist which allows a new story to be told in the saga was one I was not expecting at all but one I can’t wait to explore in future games. Overall, there was no contest as to what my game of 2019 would be, Kingdom Hearts 3 won hands down.