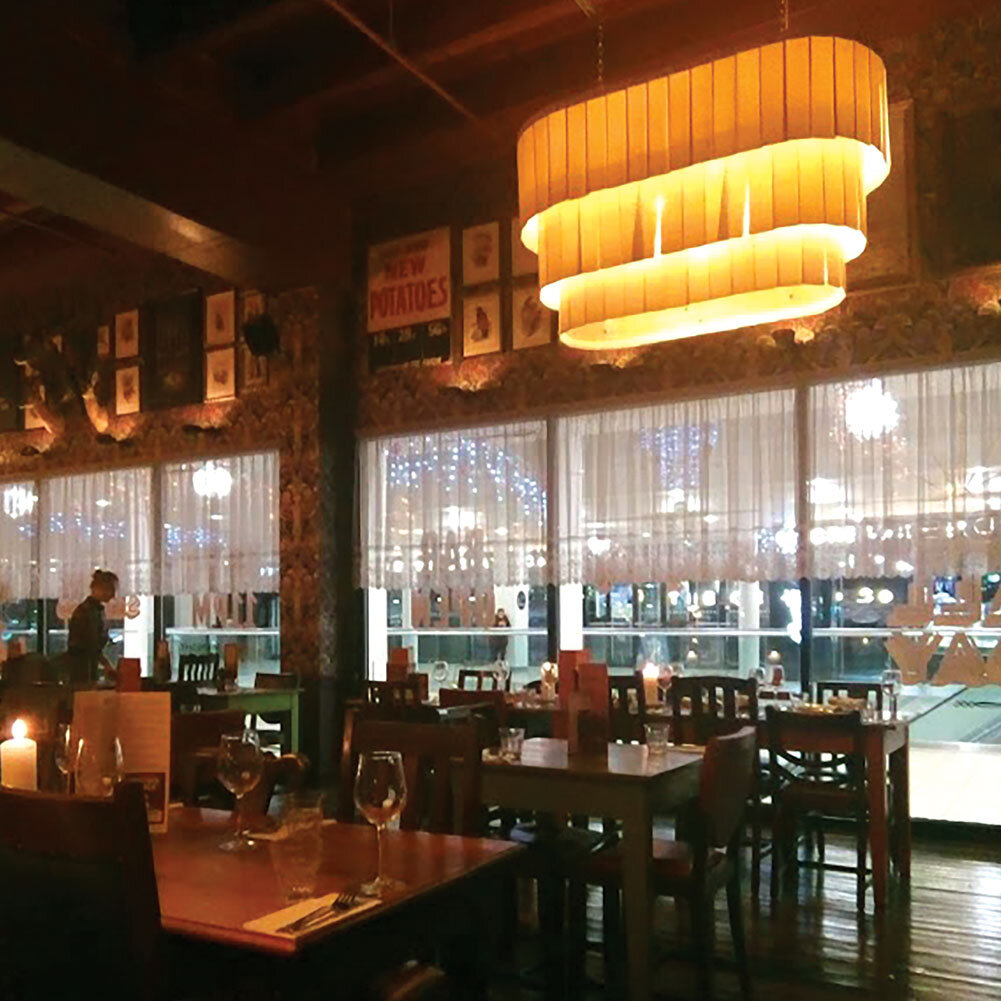 I’ve always thought Cosy Club looked nice from the outside however I’m sure they said that about the Trojan Horse. It’s also a rather pricey eatery and my student wallet wasn’t pleased when it found out. Happenstance would have it that I ended up going there with a group for food and it’s much easier to order a lot of food when you’re not paying. Immediately, the décor is amazing and quirky, as much as that adjective is overused. The ornate chandeliers and lavish wooden panels give it a very sophisticated feel. The mini Christmas trees plonked on the side not so much.

I was pleasantly surprised to find they have a separate vegan menu and they do have a decent range for vegans and vegetarians. They also have a very large drink menu containing both alcoholic and non-alcoholic beverages. Our server was very lovely and it was the nicest experience I’ve had with one in a while; she genuinely seemed happy to be there and her eyes weren’t saying ‘I want to kill you’ at every moment. The restaurant seems to be Mediterranean but there’s also a lot of more common dishes like steak and several burgers.

I myself am vegetarian and ordered the Beyond burger (a vegan brand not found in many British restaurants). I’ve never tried it before but it was amazing. The other contents of the burger were also nice and so was everything else we ordered – I ended up trying almost everything on the table. My only major nitpick is that there could have been a tiny bit more. The chips seemed to be bountiful in supply however it was a mere illusion. This issue also spread to the desserts however I can’t think of one non-independent food place that isn’t stingy with their sweet treats.

Overall, I’d recommend this place highly, especially for vegans, however only if you’re willing to pay a lot for nice food. It came to almost £30 each and one of us didn’t even have dessert. We also booked ours but I found that there were quite a few empty tables so, in the Ipswich establishment anyway, you might get away with turning up spontaneously.