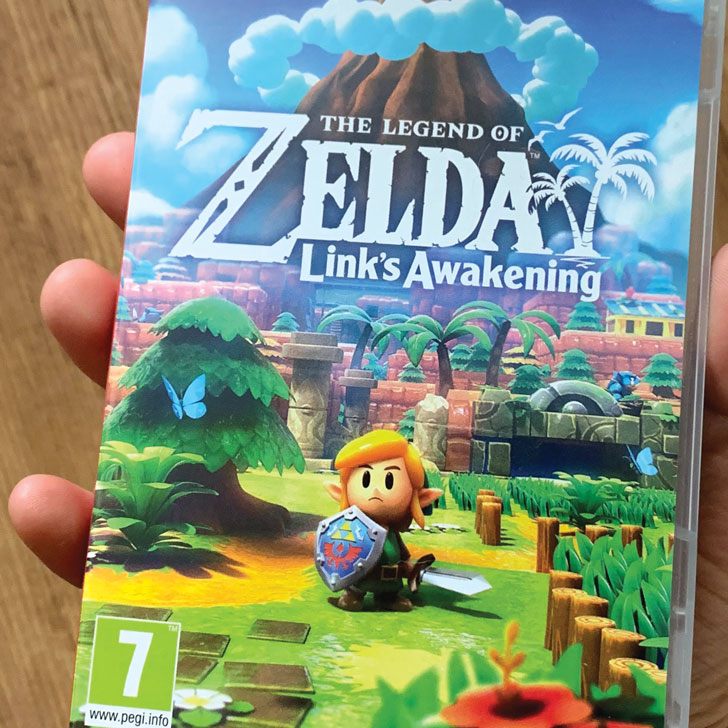 Link’s Awakening, a game developed by Grezzo, is an action-adventure game released on 20th September this year. It is a remake of the original game, released in 1993, for the Game Boy. I never played the original so I don’t feel the sense of nostalgia I know many people may feel playing the remake but, it is probably one of my favourite games of the year. It is one that’s very easy to adjust to, too.

Link’s awakening begins with Link being washed up on the shore of Koholint Island. He soon learns that the island is full of many secrets ready to discover. Link must collect 8 different instruments, such as, a coral triangle and a wind marimba in order to wake the ‘Wind Fish’ (who sleeps in an egg on the top of the mountain). He finds these in the many dungeons there are to explore, with plenty of puzzles to resolve and bosses to defeat before he can collect the instrument. Link meets a variety of characters on his journey. Remember Chain Chomps from Super Mario? Well, there are a few of those in the village, one being called Bow-Wow. If you head to Animal Village, you’ll find plenty of talking animals.

It is very important in this game to make sure you have as many items as possible. For example, you can get your hands on some magic powder, bombs and a bow and arrow. But make sure you have enough of each. From experience, it is very annoying when you have to defeat a boss in a dungeon with a specific item which you don’t have enough of. You will likely have to exit the dungeon to go and buy some more.

The game is very colourful and pretty. All regions of the map are so vibrant. However, at times it’s easy to tell that the Switch is struggling. In either handheld or docked mode, framerate regularly lags as a result. Although not ideal, it definitely doesn’t take away the enjoyment of the game. If you are a fan of Nintendo’s other games such as Animal Crossing, then I would definitely recommend you try this game. 5/5