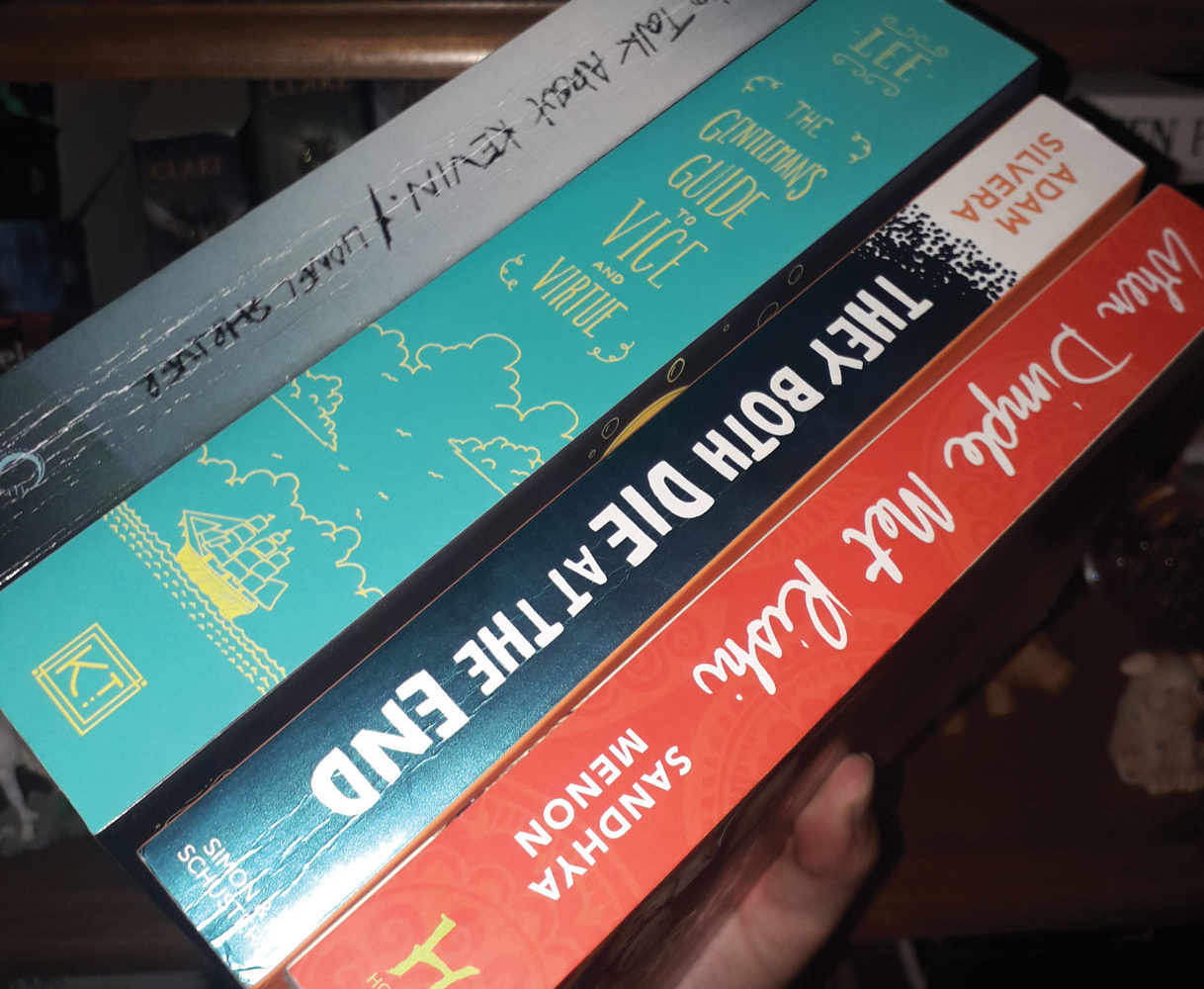 In a lot of classic literature, the representation of all groups and issues in society have not always been the most equally distributed. Whilst very famous novels such as To Kill A Mockingbird and The Bell Jar cover different areas in need of representation, the ratio is still quite unbalanced. However, modern literature is getting better at concentrating on a diverse range of under-represented groups in society. I have selected a few books that I really enjoyed to share with you all, just in case you’re on a mission to expand your reading horizons!

LGBTQ+ : They Both Die At The End
by Adam Silvera

The primary focus of this novel is not on the characters’ sexualities, but rather that they have received messages from the futuristic technology called DeathCast telling them that in the next 24 hours they will both die – which I quite like about the novel. Starting as two strangers, Matio and Rufus meet online and spend the next 24 hours helping each other live their best life during their final hours while also confronting their personal demons. In many YA novels, when LGBTQ+ characters are presented there is often a big deal made over their sexuality and that is perfectly okay as it highlights their struggles and the pressure that society puts on them. However, it is also nice to have a novel of this kind, where they are just living their lives comfortable with who they are, showing the readers that they are perfectly normal people who face the same struggles in life that they do, as well as those revolving around their sexuality. This book is so sad and poignant, but also very heartwarming and sweet.

Race/Class/Sexuality: The Gentleman’s Guide to Vice and Virtue
by Mackenzi Lee

If you’ve read my section before, then you know I am a huge fan of this book! It covers so many areas by taking a fairly standard YA romance and putting it in the middle of the 1700s. Our protagonist Lord Henry Montague feels pressured to hide his love for his best-friend Percy, who has black heritage and is from a very low class. The novel shows the struggles of overcoming social boundaries in love in more ways than one. However, the novel is also absolutely hilarious: Monty is a witty, mischievous bachelor which makes for a very fun, yet also serious, read.

This contemporary romance follows two teenagers from Indian families, living in the US, who manage to get places on a once-in-a-lifetime summer programme for IT and app design. However, when Dimple, a strong-headed young woman who is determined to win the chance to meet her favourite computer programmer, meets care-free, traditionalist Rishi, she is in for a surprise when she discovers he already knows a lot about her… an awful lot. Without her knowing, the parents had arranged for the two to meet in the hopes that they would marry! Whilst we see Rishi’s struggles of not wanting to disappoint his parents in wooing Dimple, his love interest has to deal with the same pressure in a different light. She hates the idea of an arranged relationship but finds herself having to work out a deal with Rishi. This book was a really fun, heart-warming read that also deals with the pressures of love in some cultures

Mental Health/Child Abuse: We Need to Talk About Kevin
by Lionel Shriver

This is a rather infamous novel told from a mother’s perspective about her fifteen-year-old son Kevin who conducts a school shooting. Whilst we know from the beginning how it ends, the novel starts from Kevin’s conception and builds up to the inevitable tragedy, highlighting along the way all the signs and warnings of what led to Kevin’s attack. It’s an incredibly dark book as the mother reflects on whether her parenting style could have possibly been what led to this horrific event, and whether her ignorance and handling of the mental health deficiencies her son shows was to blame. The book won the Orange Prize for its poignant and topical look at the negative repercussions of “bad” parenting and the poor handling of mental health issues in children.