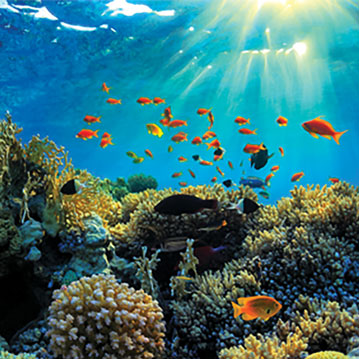 Though the Great Barrier Reef’s coral population is diminishing, it’s still one of the most awe-inspiring destinations in the world. The region is home to more than 3,000 individual reefs and coral cays, and colourful fish like angelfish, clownfish, parrotfish and butterflyfish, in addition to various species of sharks. When you’re not exploring underwater, you can spend time relaxing on Whitehaven Beach or sailing on the turquoise Coral Sea. It is a beautiful place to visit.

Although it is quite run down and full of sand, Egypt has some amazing tourist destinations. For example, the great pyramids and the tombs of the ancient Egyptian pharaohs’ tombs. Here are some facts about Egypt:

New York City is an amazing place to visit. There are lots of amazing places that you can visit in NYC. There is Central Park, Times Square, you can go and watch their American football teams, their baseball teams, and their basketball teams. For American football, there is the New York Giants and the New York Jets. They are both in the NFL and are very good teams. It would be a very good experience to see one of these matches. The atmosphere is amazing there. For baseball, there are the New York jets. They are a very iconic baseball team. You can identify them by the blue and white vertical stripes on their uniform. And finally, for basketball, there are the New York Knicks.

Dubai is a city and emirate in the United Arab Emirates known for luxury shopping, ultramodern architecture and a lively nightlife scene. Burj Khalifa, an 830m-tall tower, dominates the skyscraper-filled skyline. At its foot lies Dubai Fountain, with jets and lights choreographed to music. On artificial islands just offshore is Atlantis, The Palm, a resort with water and marine-animal parks.

One fact about Dubai is that the interior of the Burj Al Arab is decorated with around 1,790 square meters of 24-carat gold leaf.

Paris, France’s capital, is a major European city and a global centre for art, fashion, gastronomy and culture. Its 19th-century cityscape is crisscrossed by wide boulevards and the River Seine. Beyond such landmarks as the Eiffel Tower and the 12th-century, Gothic Notre-Dame cathedral, the city is known for its café culture and designer boutiques along the Rue du Faubourg Saint-Honoré.

The Eiffel Tower is a wrought iron lattice tower on the Champ de Mars in Paris, France. It is named after the engineer Gustave Eiffel; whose company designed and built the tower.

Notre-Dame de Paris, also called Notre-Dame Cathedral, cathedral church in Paris. It is the most famous of the Gothic cathedrals of the Middle Ages and is distinguished for its size, antiquity, and architectural interest.