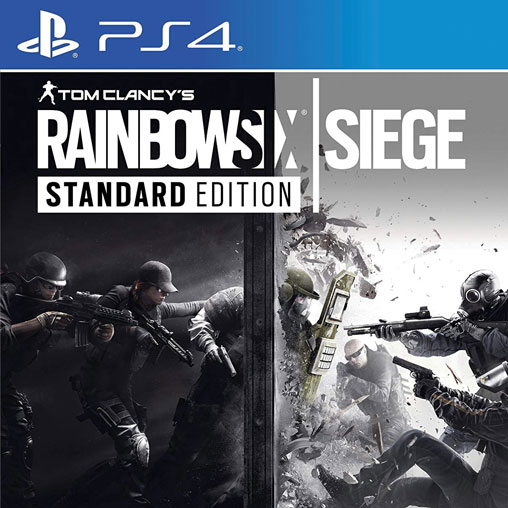 Recently my friends encouraged me to try out Rainbow Six Siege, usually this is a game that I wouldn’t get, however I’m super glad I did. I think after the small amount that I’ve played I’ve realised that I need to give new games more of a chance as I do actually enjoy them.

Rainbow Six is a stealthy and strategic game where you either attack or defend in a squad of five. I think the experience for me has been improved as I’ve been playing online with a few of my friends, so we can really play strategically by talking about our next moves via the party chat. It’s so frustrating at first playing a new game as you’re not entirely sure what you’re meant to be doing, especially with a game where you only have one life.

The thing I like about R6S is that it’s quite realistic, unlike CoD, you get one life and you can’t jetpack around the map. Yes, you have pretty cool gadgets that maybe wouldn’t be as effective as what they are in the game, and they would definitely take longer to use. But they are sort of realistic and you can get a sense of some sort of realism from the gameplay.

When you’re attacking you can grappel up/down walls and buildings, yeet through windows and shoot holes in walls that are destructible by bullets. The thing I love is that you can really plan out an attack if you think about all the uses of your equipment and working as a team brings that into an even better arrangement.

Defending is not that different with regards to team play. As you are able to select different characters with different loadouts you can utilise equipment to put up barricades and traps to secure the room you’re within.

The one thing I don’t like is that friendly fire is always set to on, so if you matchmake with randomers you always run the risk of being killed off by a teammate – yes it happens and it’s infuriating! The one thing I can say is that they have tackled this with a warning system and a way of kicking team players if they aren’t well… team players.

Would play again and again. Would recommend.