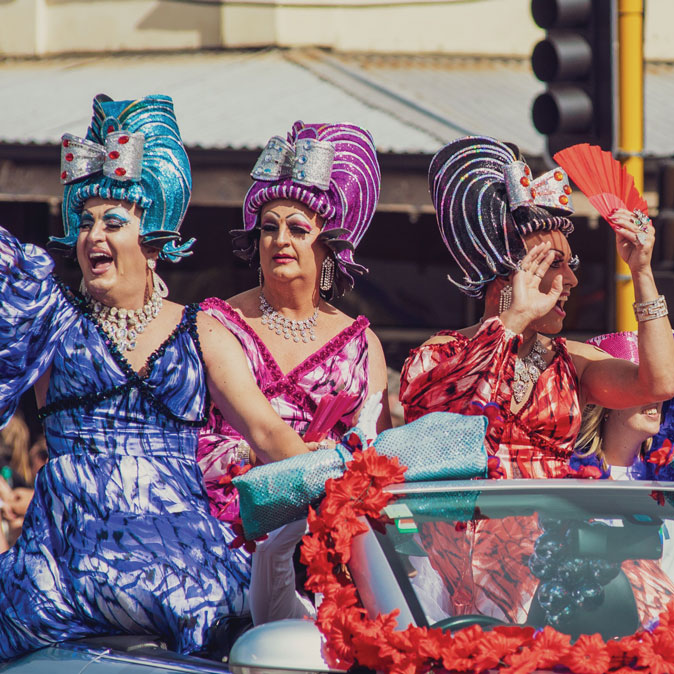 When I was 14, I discovered the tongue-popping, sashaying world of drag queens when I impulsively followed drag queen royalty, Trixie Mattel, on Instagram. I had always admired drag queens but my admiration quickly turned into complete love when I became absorbed in drag queen culture. I’m into everything drag from Rupaul’s Drag Race to ‘Nails, Hair, Hips, Heels’ by Todrick Halls. I understand that you may be thinking, ‘why is this girl so obsessed with drag?’ Well, I’m going to tell you three reasons why drag is so important in society and why everyone should appreciate it.

Nowadays, we are more aware of the LGBT community and I have personally gathered a majority of my information from drag queens. In the drag community, there are people who identify as gay, transgender, non-binary and many more. As someone who is especially interested in supporting all things LGBTQ+, hearing real life stories featured on Rupaul’s Drag Race is eye-opening. A great example of this is Peppermint, who featured in season 9 of the reality show. Bravely, she came out as being trans after struggling with her identity continuously throughout her life. Her story truly inspires me and I’m sure it inspires many others.

Despite the serious topics surrounding drag queens, they are extremely entertaining. After all, they were made to perform. Drag queens have the ability to make me laugh hysterically. One queen that never fails to make me laugh is Bianca Del Rio due to her dark and shady sense of humour.  Whenever you’re having a bad day, search drag queen funny moments on YouTube and I can assure you, your mood will be lifted.

According to Mother Ru, drag queens should have charisma, uniqueness, nerve and talent but the most important factor there is uniqueness. Drag queens aspire to be different and push boundaries within gender, sexuality and the norm. For example, Sasha Velour ( the incredible winner of season 9) defies stereotypes. She combines masculinity and femininity to encourage individuals to be who they are. To me, that’s the most critical message drag spreads, especially in modern day society with the pressure to ‘fit in.’