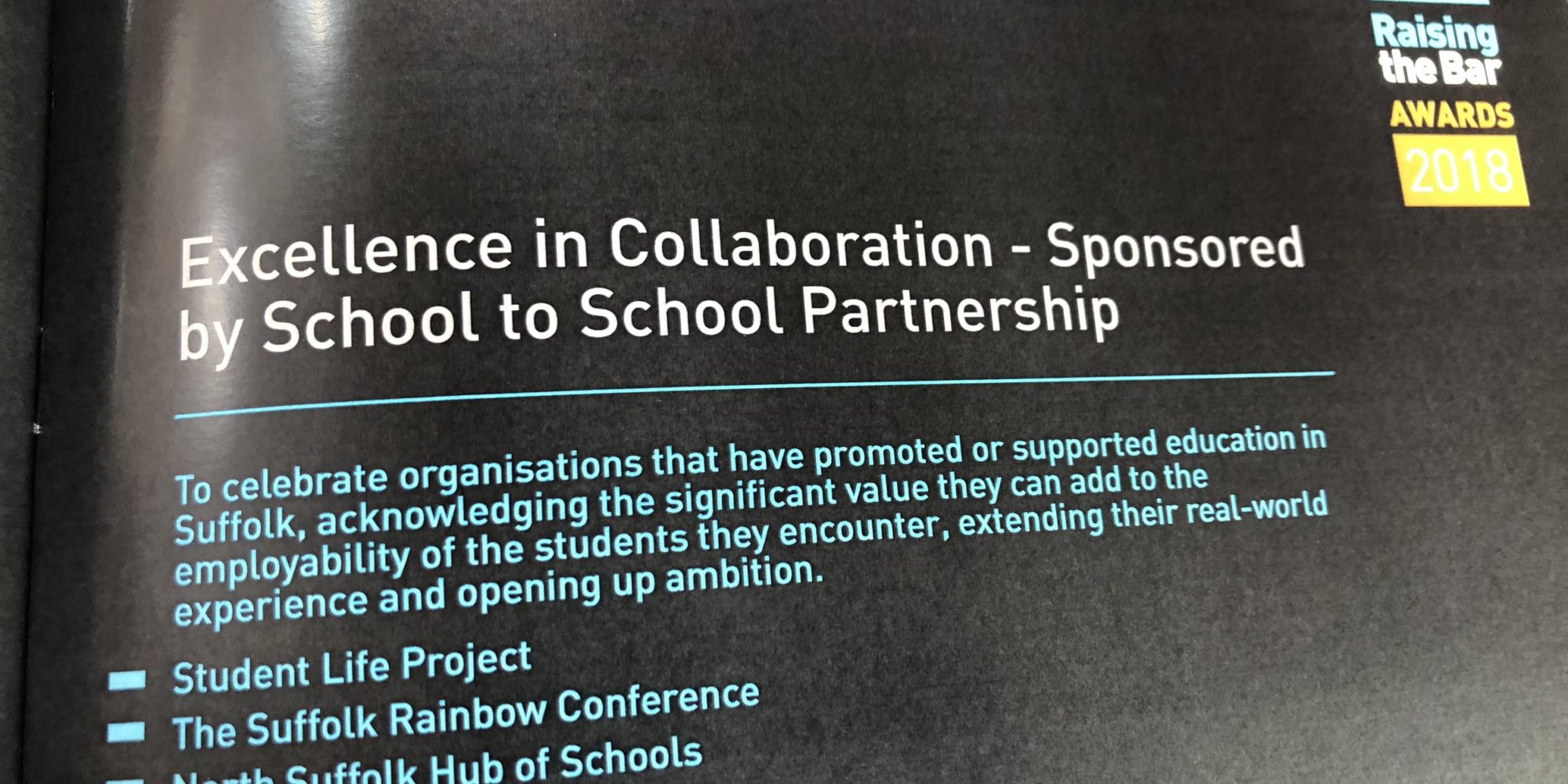 Suffolk County Council’s ‘Raising the Bar’ awards celebrate and recognise excellence across education in Suffolk. It is a chance to say thank you to those who are making a difference or to show how proud nominees are of a star pupil or student. The Raising the Bar awards 2018 took place on 10 July at Trinity Park, Ipswich and Student Life was nominated in the ‘Excellence in Collaboration’ category.

Having been nominated in April, receiving a telephone call in June to tell me that Student Life had been shortlisted as a finalist was genuinely thrilling.  I think it’s very fair to say that nobody associated with the publication is in it for the awards, but accolade is infectious.  We won Suffolk Coastal District Council’s ‘Big Bang’ award in January and the springboard that this type of recognition gives the team is priceless.

Last month’s event was just as special as January’s.  Leanne Arnold, Rosie May and I arrived at Trinity Park suitably attired in ‘smart-casual’ and bumped into Kesgrave High School’s head of sixth form – Sarah Wheatley – who was a nominator in a separate category.  It was great to chat with Sarah and as we caught each other up on the previous few weeks, we were joined in the garden area by many students, teachers and other education-affiliated people, all eagerly anticipating the evening.

Being on stage, seeing the envelope opened and then being announced as winners was a very proud moment.  Having the support and seal of approval of Suffolk County Council means a lot and shows just how far Student Life has come in a very short space of time.  As I previously mentioned, we don’t do what we do for the potential awards – but it sure helps to motivate and spur the team on to better & better things.

Congratulations to the whole team at Student Life.  Your dedication, commitment & professionalism is inspirational.  I’m now off to polish the glassware ready for its various appearances this month!