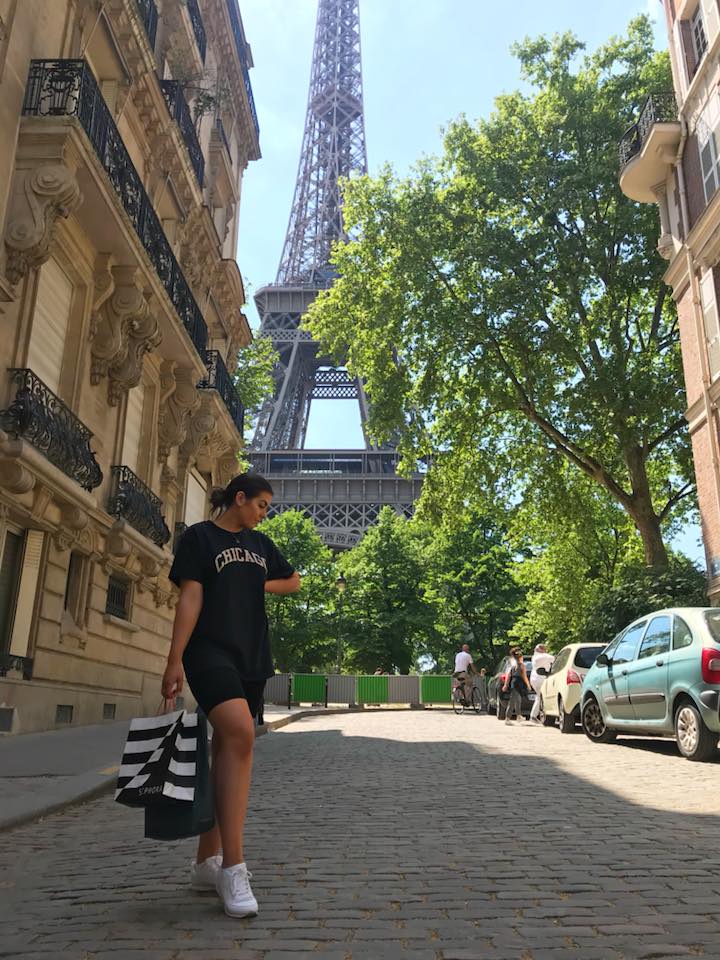 I’ve visited Paris a few times, but it has always been with school or my parents. This was my first time visiting the beautiful capital with just my boyfriend and I was so excited! I wanted to visit as many attractions and sights as we could but keeping the whole trip on a budget, and I feel we were successful!

Looking for flights can be a chore especially when you want to keep the price down whilst having decent flight times. Luckily, there are ways around this! I started off by searching on Skyscanner and it came up with a whole range of flights, varying from different airports and times of day. The cheapest one I found was a 7pm Saturday flight from Luton Airport. I don’t tend to like flying so late at night and I’d never been to Luton but it was only £56 each one-way so had to take up the offer! Flying from somewhere such as Luton instead of the more popular Stansted does bring the price down and it’s a lovely airport!

When looking for hotels, I wanted to be fairly near to the tourist attractions as that’s what we’d spend most of our time doing. I’m not a fan of public transport abroad so walking distance was crucial. I searched for many different hotels but of course the closer you got to the centre and Eiffel Tower, the pricier the hotels were. In the end we decided to stay at the Mercure Saint Paris Lazare Monceau hotel. It was a 30 minute walk from the Arc De Triomphe and Champs Elysses so that was doable for me! The hotel was modern and classic and ended up being £264 for 3 nights, which in my eyes for the centre of Paris isn’t bad at all!

The transport around Paris was a bit confusing in my opinion. I can just about hack the London Underground but the trains in Paris were something else! We decided we were going to get a train from the airport once we landed as it was €30 cheaper than a taxi and I couldn’t bear to part with so much money when I knew there were other options! We flew into Charles De Gaulle Airport and the train station is based within the airport. There were no customer service helpers around, nor any maps of the train lines so we sat for at least half an hour trying to figure out what train and stop we needed! In the end with the help of Google, we figured it out and hopped onto the RER A train heading to Gare De Nord. Luckily on the inside of the trains they have a map that lights up when you get to a certain stop so we knew where to get off!

The train to Disneyland was a lot simpler, as I’m sure it is a popular tourist route!

Obviously, when going to a capital such as Paris, the main places to visit are the landmarks. The Eiffel Tower, Arc De Triomphe, The Louvre and Disneyland were just a few of the places on the agenda for the holiday. I’m glad I did my research before I went because we actually got into some places for free! Tourist attractions such as The Louvre and Notre Dame are free entry for people under the age of 26 living in the UK! All we had to do was show our ID. Perfect for saving yourself some money but educating yourself on the beautiful history of this city!

In terms of the food and restaurants in the city centre, we managed to find a couple of nice pizza places (and the odd McDonalds) to eat at. This was inexpensive and we found ourselves with a lot of leftover euros at the end of the holiday which could only mean one thing; more shopping!

Overall I felt we were very successful in keeping our city break as budgeted as we could. I really enjoy going on several 3-day city breaks per year as you can do it on a budget and it’s a great way to see the world! I am definitely counting down the days until I can return to Paris.