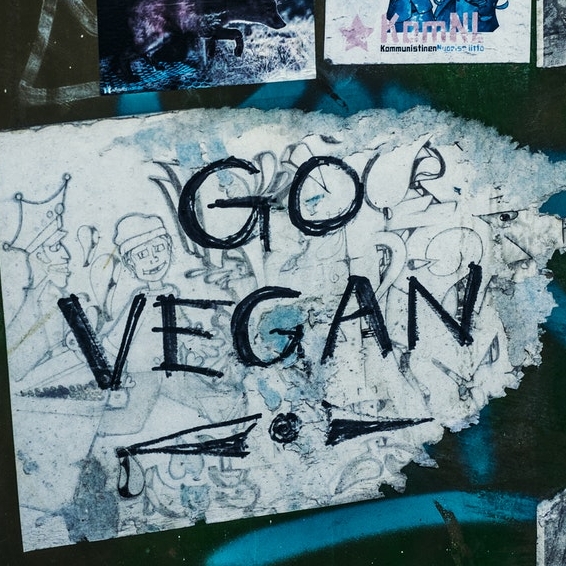 All of us live a lifestyle that is different and unique to us. Shaped by our own life experiences, our social groups, education, and occupation, each and every one of us has a diverse life story. However, in recent years, veganism has been a lifestyle choice growing in popularity, and thousands of people are turning to an eco-friendly, cruelty-free, plant-based life style. Between 2006 and 2016, there was a 350% increase in the number of vegans amongst the UK population, and has been continuously growing ever since. So, what exactly is this new lifestyle and dietary choice that is showing significant influence in the UK amongst a multitude of other countries?

As a vegan myself, I often find that those who are not vegan are surprisingly uneducated in what it is to be vegan; not at all in a bad way, its just that many people do not realise the extent to which veganism reaches. Sorry to dampen all the classic jokes but veganism is not all about protein deficiencies, tree-hugging, and endlessly craving bacon.

Veganism is a lifestyle not just a diet. Vegans, for a multitude of reasons, follow a strictly plant-based diet, whereby the consumption of any animal’s products is not accepted. This includes meat, fish, eggs, milk, and honey. This may be for environmental reasons, personal health, or most commonly in protest against animal cruelty.

So here comes the questions that I have probably answered several hundred times in the past few years; “So, what do you vegans eat? Like, grass?” Thankfully not! With the increase in the vegan diet tripling recently, more and more vegan companies are being formed and producing vegan alternatives to all the foods vegans leave out when of animal origin. Tesco recently launched a new brand, “Wicked Kitchen”, with over 200 vegan options, including sandwiches, pizzas, and cooked meals. As opposed to cows milk, vegans will consume plant-based milk, such as coconut milk, almond milk, or my personal favourite, hazelnut milk; its like a liquid Ferrero Rocher! Coconut milk and soya milk are often also used to make vegan cheese, and I don’t mean to brag, but when we use it for macaroni and cheese or cheese toasties, I’m sorry cheddar eaters; ours is gooier! For those who miss the taste of meat, there are countless brands producing fake meats, primarily made from a tofu base.

The number of options is surprising, and personally I am yet to find a non-vegan food item for which there is not a close vegan alternative; I’ve had vegan duck, a vegan cornetto, vegan fish fingers, the whole shizzam!

However, veganism does not just impose rule upon diet, but as I said before, it is a lifestyle choice, and therefore those who go veggie will often be trading everything we grew up with for more suitable alternatives. On the no-animal-product basis, vegans will not use or wear any products made from wool, leather, or animal fur and skin. Neither will they use toiletries that have been tested on animals. This may seem confusing for some people, as it is likely you will meet vegans who only follow the dietary aspect of veganism, however to be fully vegan, these items will be replaced. You are probably wondering how, but vegan leather is a thing. It can be made from mushrooms, coconuts, pineapples and even bamboo! Sometimes even those who are not vegan will invest in these vegan alternatives if they are against the killing of animals to wear them.

Coincidently, since the start of 2017, fur has been banned by numerous designer brands; such as Gucci, Ralph Lauren and Armani, and even as widespread as the entirety of San Francisco in the USA! Even those not endorsing a vegan lifestyle are contributing to the significant changes being seen alongside the global increase in vegans.

You may be surprised to find that some vegans take their lifestyles even further than this, however these are often only seen by those who are dedicated to veganism more so for the environment and animals than just personal health. Zero-waste has become an increasingly popular lifestyle, as it promotes a plastic-free Earth, often in the best interests of marine life and animal eco-systems. Vegans will often also avoid visiting zoos and circuses that use animals in their performances and will opt to adopt animals rather than buy from breeders and mills.

Veganism is not all about depriving yourself of all the world’s luxuries; it’s about trying to change the world to make it a cleaner, more sustainable, ethical place, and is clearly proving a popular way of living, and is expected to continue increasing over the years to come!