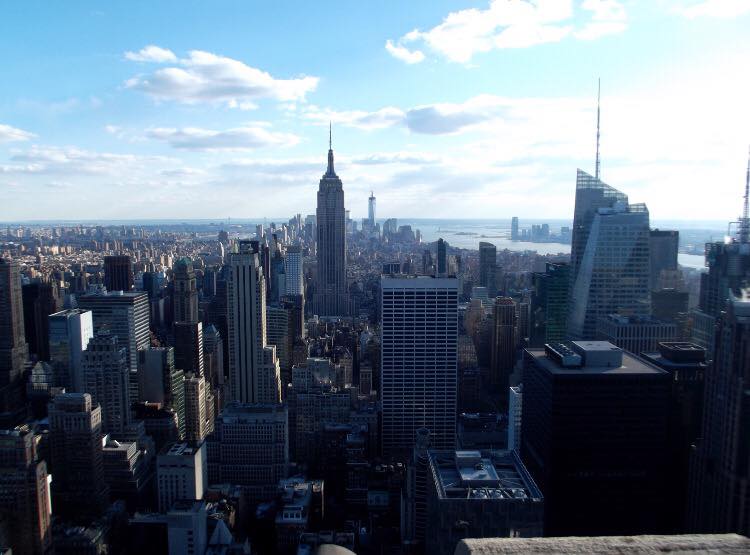 New York was always a place I’d seen in films and on the TV. I never thought I’d be lucky enough to have the opportunity to visit the city of dreams and it is still one of my most treasured holidays to date!

I went with my Dad and Step-Mum and we decided to go for 3 nights. It is an expensive place to visit (as you can imagine) but it was definitely something we had to do! We originally had our flights booked and a hurricane hit so we had to reschedule for the following Easter holidays. This was more a blessing in disguise because it would have been freezing if we had gone in the November as originally planned!

We flew with Virgin Airways. They are my favourite airline for long-haul journeys, due to their professionalism and care and I’ve never found myself bored even on a 10 hour flight! Once we landed it was magical right from the tarmac. It’s a cliché and I’m sure everyone says it but the city is just like the films! Hectic Times Square, blooming Central Park and the main lady herself, the Statue of Liberty. There was no way to describe the feeling of being in the taxi on the way to Manhattan and seeing the skyline of the Empire State Building, Rockefeller Centre and Times Square on the horizon.

We stayed at the Affinia Manhattan hotel which is opposite Maddison Square Gardens. It was a beautiful hotel and was in a perfect location to access all of our touristy areas! We had a huge balcony on the 12th floor overlooking the busy streets, it didn’t help that my Dad is scared of heights!

We spent the entirety of our 3 days exploring every little part of the city that we could, and I think that is the only way to do it! A boat trip round the Statue of Liberty, Hop on Hop off bus round the whole city, paying our respects at Ground Zero, taking in the breathtaking views from The Top Of The Rock, visiting the museum where Night In The Museum was filmed and even standing in the lobby of The Empire State Building (just because that is where Elf was filmed!).

This trip is still one that keeps a special place in my heart and I can’t wait to return!