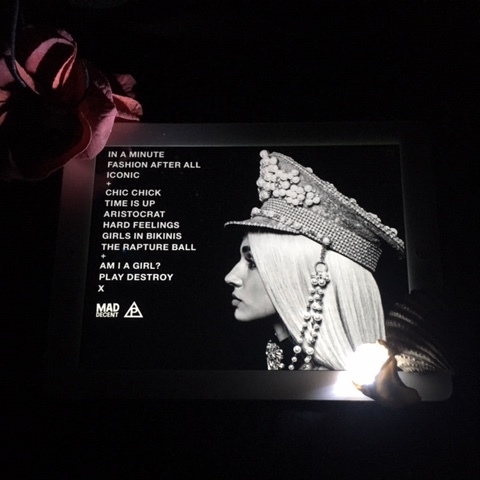 Lily is a college student currently studying A Levels. When she’s not petting a dog or eating pizza she writes articles for Student Life in order to improve her writing skills and help her pursue a career in journalism. Whether you’ve heard of the female artist and internet sensation Poppy (also known as That Poppy), there’s no doubt that the sound of her latest album ‘Am I A Girl?’ is moving musically and lyrically.

As the first song, this catchy tune with simple lyrics underlines the pressures of fame within the media.

The low, electronic beat gives a nostalgic feel of the 90s, but it also serves as a power song!

The message of this song teaches ideas of self confidence, showing how you need nothing but self belief to be iconic.

Like the earlier song, this song shows again, self confidence with a more personal approach with Poppy’s own experiences and her own encouragement, particularly in the lyric “I am my own bodyguard”.

Approaching ideas about the deteriorating future of our planet, this strong warning about the effects of the human treatment of our Earth has the most relevant context to our world today, hidden behind a highly contagious tune.

Following the main theme of the album, Poppy questions her identity in this song, something that her young adult demographic can relate to.

Some argue this song criticises the objectification of women. Others say it’s about sexuality and same-sex relationships. Either way, ‘Girls in Bikinis’ is a great song to listen to in any season regardless of its summer sounding name.

As the title suggests, ‘The Rapture Ball’ is inspired by the millennium teaching applied to a modern day environment.

A more upbeat song, and the title of the album, it fulfils the overall self identity theme, particularly gender identity.

A crossover between electronic pop and rock adds an edgy twist that makes the song stand out from the others.

The most unconventional song on the album, ‘X’ switches frequently between rock and pop, showing the peace but also the conflict that dominates the society it’s based on.