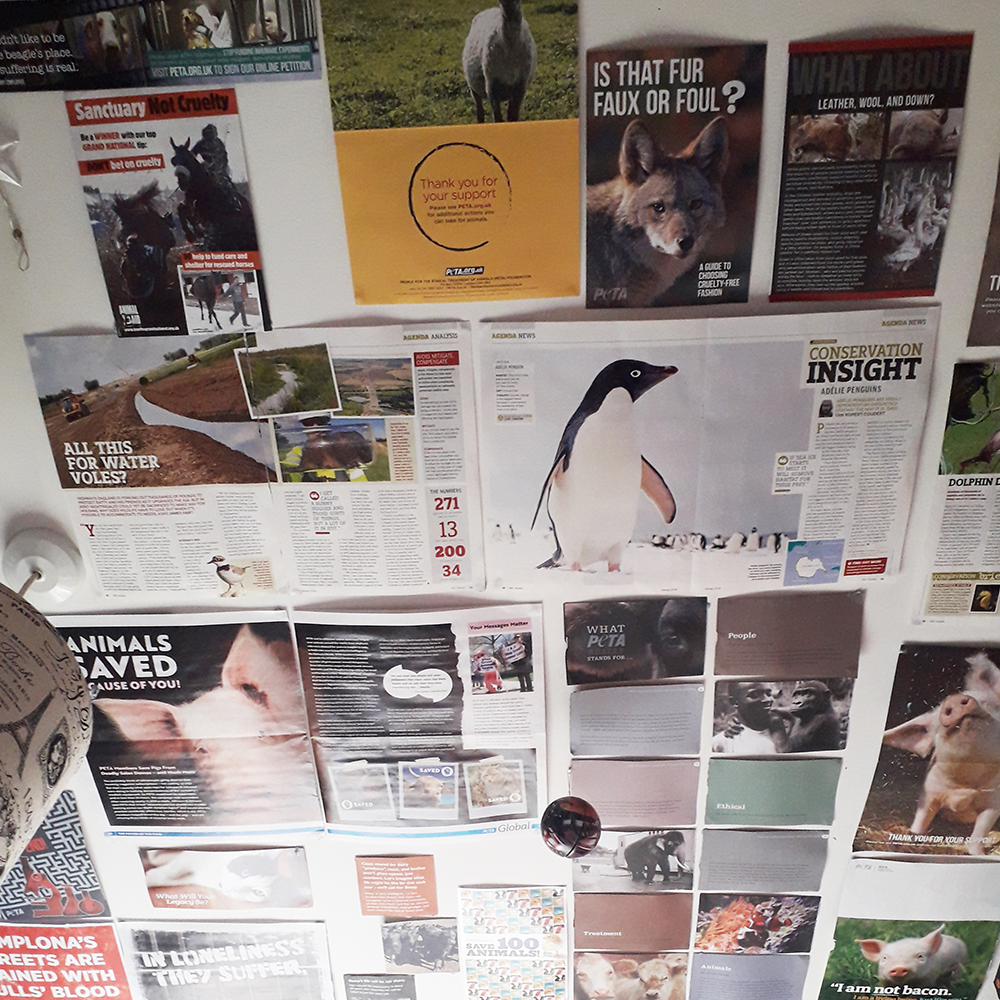 Wow, so this feels weird to write; my final relationships article. As of September, I started university, and so three monthly articles on top of university work would have driven me up the wall, and therefore I’m saying goodbye to this section.

As this is my final article in this section, I wanted to opt for something more personal to me, something that can help you build relationships both with others, and with yourself, and that something is activism.

Activism refers to when you actively engage with something towards which you have strong opinions or beliefs, often to gain equality and equity for your beliefs. This includes the likes of attending the LGBTQ+ march, volunteering to raise money for a children’s charity, or in my case, adopting a vegan lifestyle.

No, I don’t miss bacon. No, I don’t eat grass or tree bark. Yes, my protein intake is fine, thank you, and no, plants do not have feelings.

Animal ethics is something I am wholly devoted to, so much so that my lifestyle choices depend upon it. The clothes I wear, the toiletries I use, the places I visit and industries I support are all vegan; its not just about eating a plant based diet.

So, you’re probably wondering what this has to do with ‘relationships’. Well, activism is firstly great for your connections with others. Since going vegan, I’ve never felt so included in all my life within the online community. Millions of fellow vegans on YouTube and Instagram have connected with me, as well as organisations such as PETA and The Vegan Society. Just recently we hosted the Official Animal Rights March 2018 in London with an attendance of over 20,000, not including the thousands of others who participated in the sister marches occurring in other European capital cities.

In school, your beliefs may often feel very isolated, and you may feel as though no one shares your views and opinions for which you are passionate, however when you make a stand and turn those beliefs into activism, and get involved, you will realise there is a community of like-minded people out there who don’t think you’re some tree-bark eating, B12 deficient crazy lady.

When you find people who share the same ideas and values as you, it makes you feel a lot more positive about what you do, which is so important because having relationships with other people who help build you up is a great asset to improving self-confidence.

Activism is not only important in helping your relationships with others, but also with building a self-relationship. It’s so important for mental wellbeing to have a good relationship with yourself; having self-confidence, knowing the person you are and liking that person. By staying devoted to your ideology and beliefs, you’re discovering exactly who you are, and becoming the person you want to be.

There’s a big difference between believing in something and actively standing up for it. A year ago, I delivered an assembly, on behalf of PETA after getting in contact with them, to my sixth form because instead of believing it’s important to educate people on the importance of animal rights, I got up and did it! We all have the power to make a valuable difference in the lives of others, but we can’t achieve it by just laying back and dreaming of the change. If I hadn’t actively shared my views, those several individuals would’ve never come up to me and told me they want to make a change, too.

Many people believe in opposing the injustice and inequality of certain groups in our society, and so not only does activism act as a huge display of selflessness that benefits others, but it can also be highly cathartic for the anger we feel toward the injustice served.

I’ve met countless people who say they’re against animal cruelty, yet pay for the suffering of these sentient beings by eating non-vegan food, and using products that are not cruelty-free. This is just a belief. It’s not until you stop endorsing the suffering that you promote and make a real change.

Do what you do not just for you, but for others too.