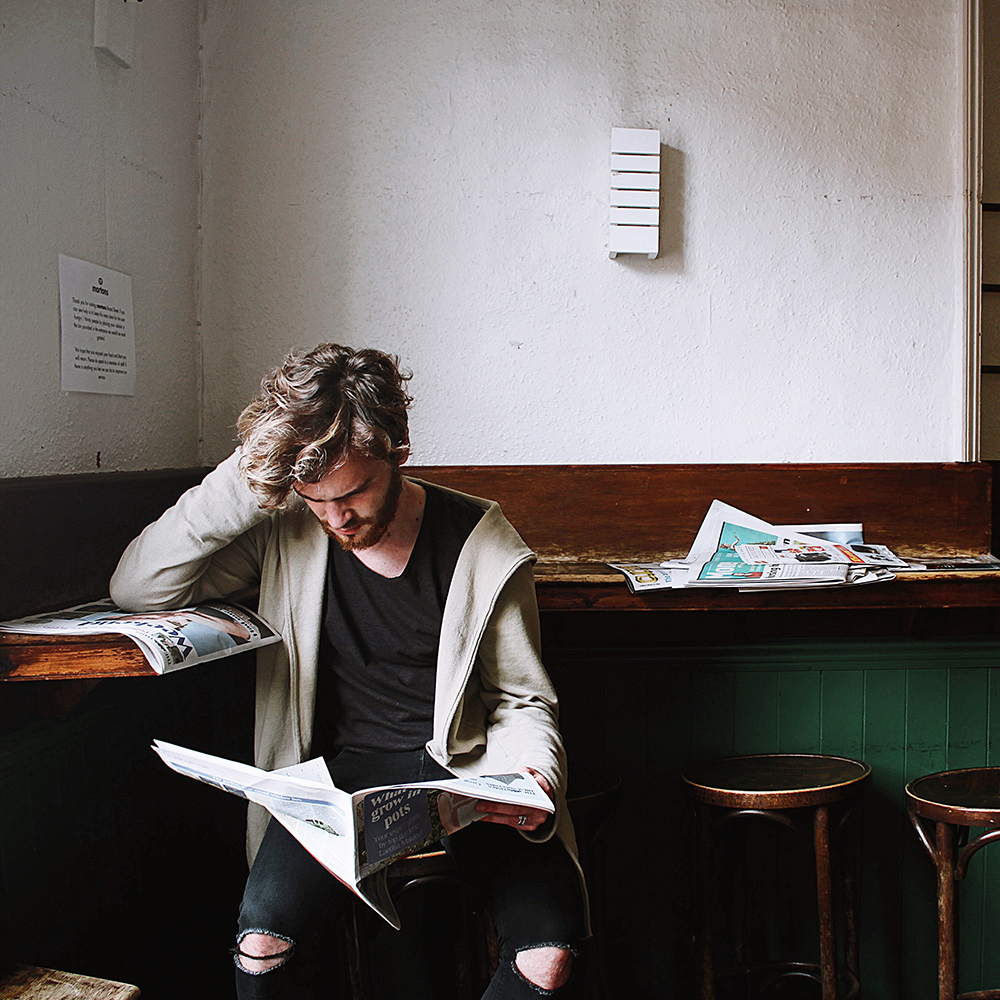 I’d made it through the interview process and into the position I had wanted for as long as I had been qualified, so I should be happy, shouldn’t I?  Instead I’m experiencing a feeling that I am not quite sure is excitement or fear…..fear mixed with an unhealthy dose of sheer panic and what ifs!

I’m on the bus nearing my stop on campus and I am sure that someone on here is about to call an ambulance, I am sweating, my heart feels like it will explode with each pounding beat and this insane ringing in my ears is so loud I can barely hear myself think, so what did I do?  I sat frozen as the doors closed and the bus continued back towards the train station.  I can feel the tears begin to well up in my eyes and I start to blink as quickly as I can in order to stop them rolling down my cheeks in front of the people on here.  Just breathe it’s okay, I keep quietly telling myself.

I get off the bus at the train station and wonder what I have done, panic rising in me as I look at the time and realise that they will know I am not showing up.  I need to get home, to close the doors and curtains and sleep, ah sleep my true friend, a place to go when I feel so overwhelmed where no-one can touch me.  I get on the train and by now my physical state is obvious to anyone with eyes, those which I am avoiding at every turn.  Puffy and swollen eyes from fighting back the tears of frustration and bitter disappointment, a red face caused by the blood flowing so fast around my body and the vacant look on my face.

That job had meant everything to me and yet I couldn’t get off the bus.  This led me to thinking about why I had responded the way I did.  I now know – following Cognitive Behaviour Therapy (CBT) – that travelling on public transport is a trigger for me when it comes to panicking; it’s the number of variables that are out of my control…namely the people.  I cannot predict their behaviour, or once sitting close to me, how they will behave – which is an issue for me.  I have since counteracted this by learning – at 39 years of age – how to drive.

The new job means new people, new interactions, new processes to learn and I had convinced these people I would be able to do this with no issues whatsoever; thus putting more pressure than was required on myself.  I am someone that doesn’t have a lot of confidence and I had told myself a story that sadly I had begun to believe……that I am not good enough and that they would eventually see this.

Managing my PTSD and panic is of course an on-going process, but most importantly it’s one that is slowly helping.  I know the expense of therapy, counselling and CBT type support can be costly – or if referred via a GP is funded for only 6 sessions – but I would encourage people to take the steps you need to.  To invest in themselves in order to find a more comfortable and less invasive way to live with panic attacks.  Because what matters in the end is the little achievements; like attending a social event, something I have always struggled with in the past.  Or using public transport, even if it is to travel from one stop to the next.  Just keep going.  If we are lucky, one day we will feel that feeling and maybe – just maybe – we won’t decide to call it fear.

“Sharing Is Caring – we share our thoughts and feelings, we show that we care”

Christine is 38 years old and is studying for a Fine Arts Degree BA. Christine has decided to get involved with Student Life because she would like to contribute to the University and help other students like her using the written word.

Life can be hard as a student whether they’re just out of sixth form, college, a single parent, or a mature student after so long out of education.  The biggest problem they may face is their health; be it emotional, mental or physical. The biggest fear they carry is the possibility of failure. It eats away at the insides bringing their health down with them.

No matter what type of student they are, the stresses and strains are all the same.  The pitfalls of being a student are very real.  Maybe it’s not visible on the outside but that is where the problem lays. People could be forgiven for thinking that the life of a student is all fun and partying when it isn’t.  They may have moved for the first time from their family home to student accommodation, or they are having to juggle their home life with their student life. People suffer from loneliness and dark thoughts of failure; with that comes the thought they are not good enough.  Students are no different to the everyday working person.

Read carefully and consider these written words.  Look out for other students because they may need the support. Depression is the beginning to what could end up being something worse; it affects how they deal with things, what they eat and lays them down low enough to pick up other illnesses.  Don’t be afraid to listen to them in their darkest moments; let them vent their pain and give them comfort to show someone cares.  Offer to help them if they are struggling; try and steer them in the right direction to get professional help. If they seem to need a doctor because of health, don’t be afraid to encourage them to go….offer to go with them. Trivial things may be the beginning of massive things. No one is alone, there is always someone willing to help. A motto that is taught in pre-school and should be used all through life is ‘Sharing Is Caring!’ – we share our thoughts and feelings, we show that we care.

Comfort.  That’s what I felt and that’s the easiest way I find to sum up why I developed what I now know is called Obsessive Compulsive Disorder (OCD).

Almost as soon as I started experiencing anxiety – aged 10, I would try to counter the feeling by repeating a certain phrase in my head.  This silent sentence would involve me reeling off the names of the people in my immediate family.  I’d start with my mum – after all I was a mummy’s boy – and then acknowledge everyone in age order.  If I was interrupted for any reason, then I would start again.

This worked for a while, but I guess like any other pain relief, if you self-diagnose and then self-medicate, things will go awry.  Therefore, my gentle words of comfort soon manifested into physical actions.  I would turn light switches off and on repeatedly, until such time that I was ‘content’ that the sequence fitted in with my ‘time’ to leave the room.  I would neaten up piles of coins that might be lying around the house – in size order and heads facing upwards.  And I would have to carry out most tasks in the same given order; getting ready for bed for example.

It was exhausting.  I grew up in an era when nobody spoke about their mental health and therefore, I bottled everything up inside.  Not having an outlet just exacerbated the matter and my compulsions remained with me – in severe form – for many years; prior to understanding and ultimately conquering my generalised anxiety.

We will all suffer with our mental health in the future and some of us may – at times – revert to historical ‘cures’.  However, we now live in a society that openly discusses emotional wellbeing.  We have experienced practitioners available via our national health service & privately and we have a range of charitable organisations that will offer effective support.  The point of me writing this piece, was to help Student Life continue its fantastic work and continue to reduce the stigma surrounding openly discussing what makes us, well….us.

The aim of this article is to aid others to build knowledge of OCD, with the aim to better understand it, with the hopes of leading to less misconceptions and more acceptance.

THE STIGMA OF OCD

There are still, unfortunately, high levels of stigma regarding mental health disorders. Many people report that they have faced stigma with regards to their OCD. Stigma often comes in the form of misunderstanding – such as the misconception of OCD meaning that you repeatedly wash your hands, or are just a very tidy person. It is super important to recognise that OCD is much more complex than this. The obsessions and compulsions that derive from OCD can be extremely difficult for some people to manage, and can also be life changing. One way of stamping out stigma and changing attitudes towards OCD, is for people to develop a better understanding of what it is and how it can affect those diagnosed with it, and their family and friends. Stigma does not only cause people to feel alone, excluded, and ‘different’; it can also cause difficulties for people to talk about their OCD experiences. By reducing stigma and increasing levels of acceptance and understanding, this may become easier. With the amazing campaigns from charities such as MIND, we can, and will, stamp out stigma attached to mental health illnesses!